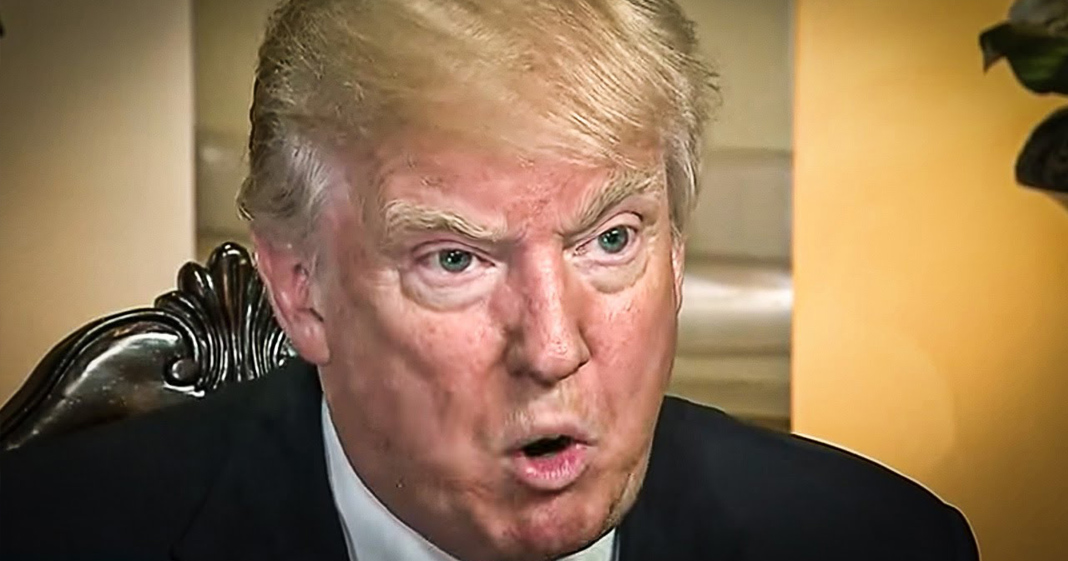 Donald Trump has tried to convince Americans that all of the polls showing Biden beating him by double digits are just fake news, but the latest numbers from Rasmussen continue to show Trump losing in epic form. Rasmussen happens to be the ONLY polling company that Trump actually trusts, and they have routinely found Trump’s numbers to be higher than everyone else (which is why he loves them.) But when even they can’t cook the books, you know Trump is in trouble. Ring of Fire’s Farron Cousins discusses this.

Donald Trump has had a polling problem now for at least the last month And it isn’t showing any signs of going away anytime soon. Even with Donald Trump’s favorite pollster, Rasmussen, He is still losing to Joe Biden by double digits. And see that is what is so terrifying for Donald Trump. This latest, I guess it’s Rasmussen, excuse me, poll that has come out, says that Trump is losing 48 to 36% to Joe Biden right now and here’s why this matters. Trump has been telling us for weeks now that all of these other polls from everybody else, including Fox, that show Biden beating and by double digits, all those are fake, Trump said. They’re not real. They’re manipulated and blah, blah, blah. Don’t believe them at all. And then here comes this one from Rasmussen and Rasmussen is the pollster that Donald Trump retweets all the time. Every time he puts out one of those things that says like 80 or 99% approval in the Republican party. A 50% approval nationwide, it always says Rasmussen.

And the reason it says that is because Rasmussen has been busted, manipulating their data and over rewarding, I guess you would say, conservatives with better poll numbers than literally every other poll. Rasmussen always has better numbers for Republicans and worst numbers for Democrats than any other pollster, because they’re unreliable and they skew the data to benefit Republicans. And that should terrify Trump even more. Because if you can’t get somebody who is known to skew their data, if their data that is probably skewed still has you losing by 12 points. You might want to go ahead and assume that you’re actually losing by about 20, because that’s terrifying that Rasmussen as horrible as they are as unreliable as they are, as manipulative as they are, their poll still says, yeah, you’re getting killed by the guy you call sleepy Joe, and that’s really bad for you Donald. Now, what I’m curious to see happen is, is Donald Trump going to publicly break up with Rasmussen like he did with Fox news?

I mean, Fox, he told Fox that they need to fire all of their pollsters. That nothing they say is reliable and he doesn’t even like them anymore. Not even as a friend. Is he going to do that to Rasmussen?. I mean, he threatened to sue, to sue CNN for their poll showing him losing to Biden by 14 points. Is he going to sue Rasmussen? Is he going to threaten them with a lawsuit? Is Rasmussen going to have to come out in a few days and be like, oh, oops, we had it backwards. Trump is winning by a hundred points. Yay, Donald. Yay. You’re the best we love you. Or is it that everything has gotten to the point where the pro Trumpers just can’t lie anymore? They can’t keep hiding the negatives. They can’t keep living in their alternative reality. I think it’s the latter. I think they have finally hit the point where they see reality smacking them hard in the face every day and it hurts. It hurts them a lot and they cannot continue to lie about it. Now they can doctor it up. They can try to make it not seem as bad as it is, but at the end of the day, every one of them sees the writing on the wall and it’s not good for Donald.