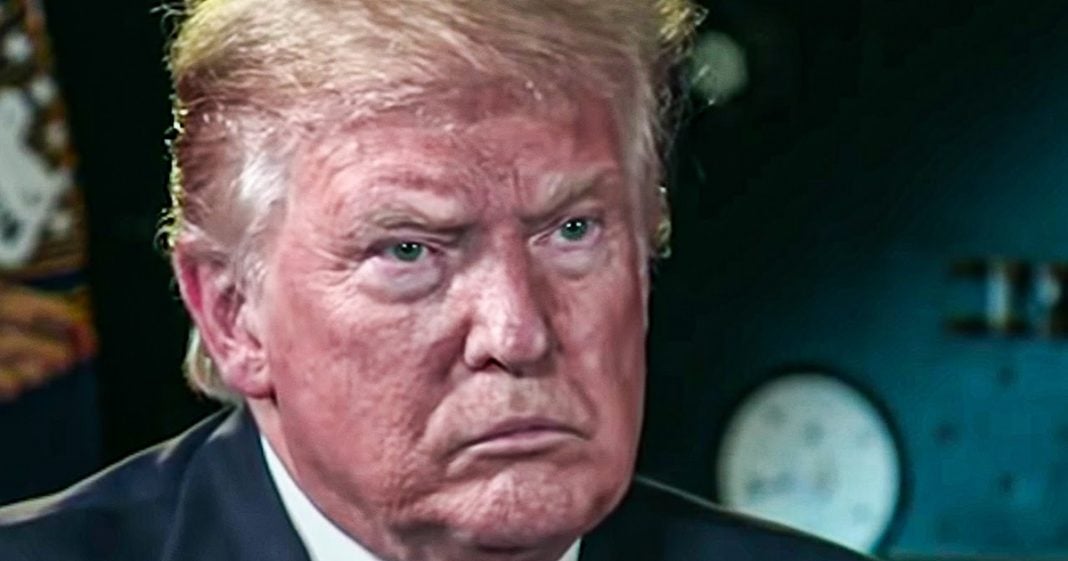 In the latest Gallup poll, a record low number of Americans say that they are proud of their country at this moment in time. While the number who say they ARE proud is still above 60%, the new low is still 7 percentage points lower than a year ago and at the lowest point in the history of this kind of polling. What’s to blame for this new low? Trump’s failures as a leader, and Ring of Fire’s Farron Cousins explains how.

According to a new poll from Gallup released this week, the highest number of people ever say that they are not proud of their country right now. Now don’t get me wrong, the poll still shows that 63% of Americans say they are extremely proud of their country. However, that is a seven point drop from where we were a year ago and that is the lowest number in the history of this question being asked in polls. Now the highest obviously was right after 9/11, when people asked, are you proud to be an American? 93% said, yes, I am. Today, only 63% are willing to say that hell yeah, I am very, very proud to be an American and only 9%, by the way, say that they’re not proud of their country right now. The rest of them have some, a little bit, you know, somewhat, very much whatever, amount of pride. But the key number here is in a different question asked in this poll, that number is 20%. Only 20% of respondents said they’re satisfied with the direction of the country. Now that is an interesting development, right? Because it’s one thing to have pride.

Like, you could be from anywhere in the world and have pride in where you live and also acknowledge that wow, things suck and that’s where Americans are at right now. It’s where 80% of Americans are at right now, 80%. Like, hell yeah, I love America and hell yeah, we got to do better. This is awful. That’s good to know. That is great to know because what this poll shows us is that it’s not just blind patriotism that yes, USA number one, we are the best. No people say, yeah, I love it. I have so much pride in living year and I’m also willing to acknowledge that things are really, really crappy and we need to get better. And that’s, that’s the other key part of it. The we need to get better part. Not having this defeatist attitude of, yes, it sucks. Let’s get the hell out of here. But no, like, yeah, let’s do something. Let’s make it better because I really like it. I like where I live. I like my neighbors. I like my friends. I like the system. It’s just not working right at the moment and they’re right.

When you look at America right now, and I’m not even just talking about the protest, the police brutality, the pandemic, even if none of that was happening, it still doesn’t work here. Does it? Healthcare is broken. College, broken. Environmentalism, destroyed. Corporate anarchy taking place at the top of the food chain. Politicians being bought off left and right and on the left on the right. Nothing works for us, the average everyday people anymore. So yes, you can have pride in your country, but you can also acknowledge that things are messed up across the board. Our immigration system. What we’re doing to immigrants, disgusting. You know, if we’re not throwing them in cages, then we’re just letting corporations take advantage of them and ship them outta here when they’re no longer useful.

These are human beings and we have to do better. We are letting people die so, because we don’t want corporations to have to pay a few extra dollars to clean up their toxic chemicals. That’s a broken system. We’re seeing reports now of people who’ve contracted COVID-19 come out on the other side. They, they, they overcame it, but then they get slapped with a $1.1 million hospital bill. Or for those on the cheaper side, there was the woman who got an $800,000 hospital bill for it. That’s a broken system. So it’s great that there is such discrepancy in these two numbers because 91% of Americans have at least some pride in their country while 80% also were willing to admit things aren’t very good right now and need to get better.