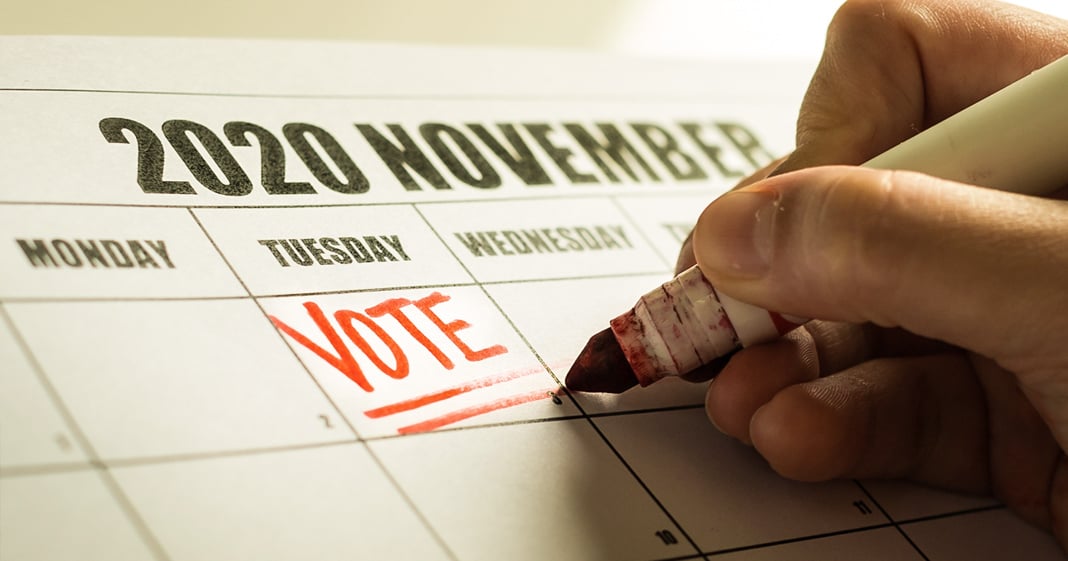 Donald Trump isn’t the only Republican politician with a likeability problem – the issue spreads far and wide among federally-elected Republican politicians. And with their collective poll numbers going down the toilet, the GOP is left with only one option to retain power after November’s elections: They have to cheat. We are already witnessing the makings of a massive voter suppression movement taking place at the hands of the GOP, and Ring of Fire’s Farron Cousins explains why this is happening.

So with all of the horrible poll numbers floating around out there showing that Republicans right now have no chance of retaking the house of representatives. If voting were held today, Republicans would more than likely lose the Senate and again, if voting were held today, they would definitely lose the white house. So Republicans are in for a shellacking in November 2020, more so than they got in November of 2018 at this point. You know, in 2018, we had the blue wave. Right now for 2020, right now for 2020, it’s looking to be a blue tsunami, right? So what are Republicans going to do? Well, they have two choices either. Finally admit that decades of conservative policy has been an absolute failure for America and offer us something better instead, or option number two, cheat. Well guess which option they’ve decided to go with, folks? I’ll give you a hint.

They haven’t come up with any better policies. So they’re going to cheat because that’s all Republicans know how to do. We have already reported on the fact that they are going to hire up to 50,000 so-called poll watchers for the November election. And it’s going to be the job of these people, these 50,000 volunteers to go out there and intimidate voters and get them to not cast a ballot or to challenge people who have cast a ballot in the hopes of catching somebody committing voter fraud, which is exceedingly rare. The other tactics they’re going to employ are on the more federal level. They’re absolutely trying to stop any kind of universal vote by mail legislation from becoming a reality. In States that have already said, we will be doing vote by mail in November, Republicans have launched legal challenges to those because they don’t want more people to vote.

They want fewer people to vote. Why? Donald Trump said it himself. He said, when you have more people voting, that’s really bad for the Republican party. There’d never be another Republican elected in this country where his exact words, give or take a word or two in there. But he did say you’d never have another Republican win office again, if you had more people voting. But imagine that for a second folks, because we’ve reported on all these issues, Republicans cheap. That’s the only way there’s still in office, whether it’s voter suppression, you know, through their voter ID laws, the voting purges. Whether it’s gerrymandering, whatever it is, they have to cheat to win and they have to cheat to win because they refuse to offer a single damn policy that actually benefits anybody other than the top 1%. Imagine that though, like, you know, your party is so screwed up.

So either you spend millions and millions and millions of dollars on voter suppression or you develop one policy, one thing that would benefit the overall public instead of corporations and CEOs, and you look at those two options and you’re like, oh Jesus, ah, let’s just cheat. Cheating is easier than giving the people something. That’s insane. The entire Republican party is crazy and I don’t just mean the leadership of it, but I mean, if you’re not a member of the 1% and you still call yourself a Republican, please understand that they hate you. It’s not that they don’t care about you. No, they legitimately hate you. They want you to suffer and if you think I’m exaggerating, take a look at their policies over the last 40 years, open your eyes, folks. Everything, all of their contempt for you is right there in their legislative history. You just choose to go through with blinders on for whatever reason it is. I don’t even know anymore. I don’t even know how you could delude yourself enough if you’re not in the top 1% to think that any Republican in this country actually gives a damn about you. They only care about their own electoral future. That’s why they’re cheating. That’s what they’re doing in 2020, because that’s a heck of a lot easier.