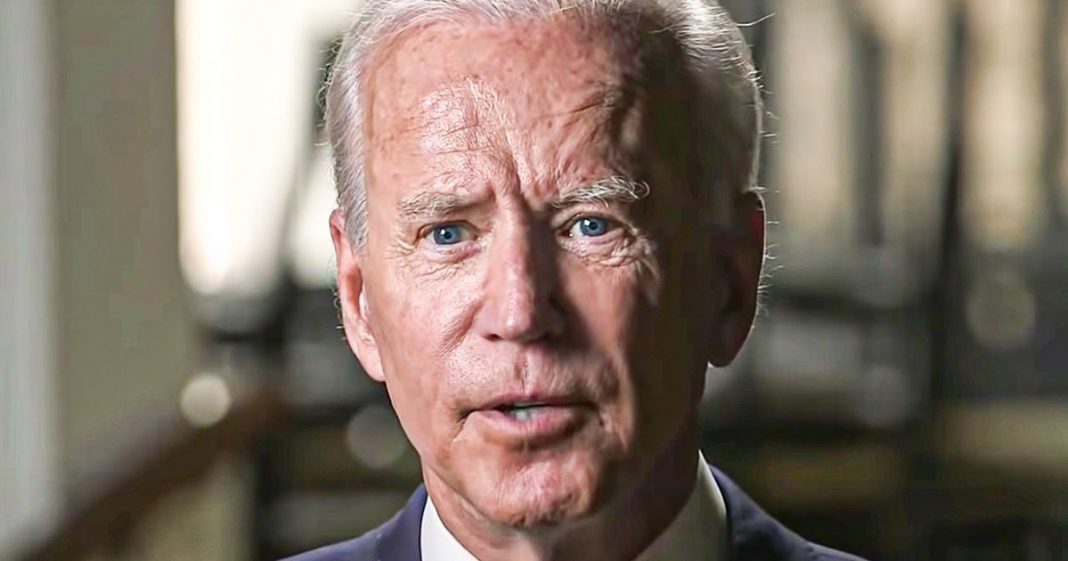 There were plenty of mistakes to go around in 2016, and though Team Biden is repeating some of them, they are avoiding some of the costliest mistakes that Hillary’s 2016 campaign made. Biden’s camp is unleashing a series of new talking points about how the governmental failures that have led to a resurgence of Covid 19 in swing states, a powerful message at a time of uncertainty. Ring of Fire’s Farron Cousins explains why this message is a smart one for the campaign to latch onto.

Hillary Clinton’s 2016 campaign made tons of mistakes. I mean, books worth of mistakes because books have been written on this subject for the last three and a half years. Everybody is willing to admit at this point, except for a few hardcore Clinton-ites that mistakes were made and to their credit, the Biden campaign has also made some of the same mistakes. But they’re doing their best to not repeat all of the mistakes that the Clinton campaign made in 2016. And one of the ways they’re trying to avoid the same mistakes is by actually hammering Trump for his policies. Now that is a stark difference from Hillary Clinton, who only talked about policies, according to analysis of speeches and ads and debates, only talked about policy 25% of the time. The other 75% of the time was some kind of an attack on Donald Trump, on his character, his personality, his appearance, whatever it was that was 75% of the time.

That’s what most people saw. The Biden campaign hopefully understands that you’re not going to win a campaign by going out there and saying, look how goofy this nut is. Aren’t you glad I’m not him? You wanna touch my hairy legs? No. Okay. Let’s stay away from that and let’s talk policy and that’s what they’re doing right now, because right now the Joe Biden 2020 campaign has their surrogates out there talking about Donald Trump’s failures with regard to the pandemic, the new spike in cases we’re getting, and they’re doing this in the swing States where we’re seeing these massive spikes happen. Arizona, Florida, believe it or not, Georgia, a little bit of a swing state too. Michigan, Wisconsin, all of these places where the number of cases are going back up and they’re highlighting Donald Trump’s failure at the national level for why this is happening.

Because again, not all these States are red States. You know, some of them are run by democratic governors, but at the end of the day, States can only do so much and Donald Trump has pressured States. Donald Trump has insulted States. He is the leader of the country and his failure, trickles down throughout the rest of the country. To an extent the state leaders have their hands tied on what they can or cannot provide for their own constituents because of the actions taken by the Trump administration and we’ve reported on that extensively. You know, the fact that they have confiscated materials from one state, you know, the state hospitals there, shipped them to other States and it’s all because of Trump. So right now the Biden campaign is instructing their surrogates on how to talk about this, how to go out there and talk to people about Donald Trump’s failures, with regards to the pandemic.

And again, this is a good strategy. I don’t care what your position is on whether or not you’re going to vote for Biden. That doesn’t matter right now. That’s not even what I’m talking about. All I’m talking about is running a decent campaign and that’s what this is. This is a good campaign strategy because again, Biden’s not going to win if he simply goes out there and says, I’m not Trump. He needs to talk about the policy failures of Donald Trump and then he has to follow through on the second part of that, which is to say what he would do differently, what he would do better than Trump. Because again, you can’t just have the first half of it. You can’t just have the, this guy sucks at this. You have to have the, but I don’t because. But I don’t because that’s, that’s the part you got to have. You have to show people why you’re better, how you’re better and how you’ll be better for them. If you do not include that in your campaign, you are destined to fail and if you don’t believe me, go ask anybody who worked for Hillary in 2016.