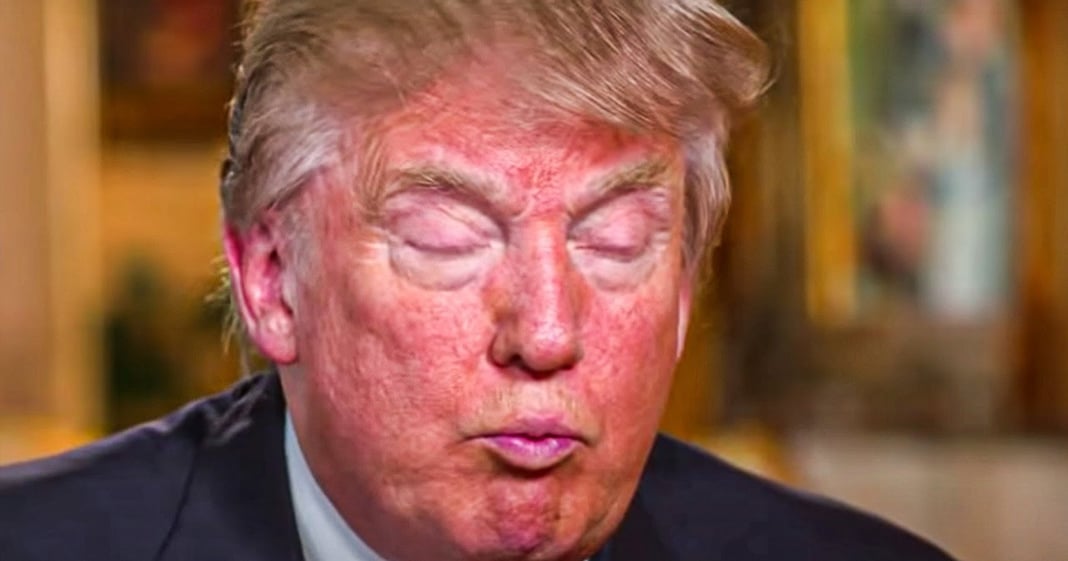 Donald Trump’s poll numbers always look like they can’t get any worse, but then they somehow keep falling. And Republicans across the country are now afraid that their Party is facing a complete “wipeout” in November as Trump’s horrible ratings continue to drag the rest of the GOP down with him. This is exactly what the Party deserves, and the saddest part is that they aren’t going to learn their lesson from it. Ring of Fire’s Farron Cousins discusses this.

Republican strategists and Republican campaign workers, including some Republican House and Senate aides have spent the last couple weeks, really freaking the hell out. And according to a new report at the end of this week, they’re freaking out even more than ever right now because they understand and they admitted in interviews with vice news that if the election were to be held today, the Republican party as a whole would be looking at a complete and total wipe out. That was the word they used to describe it, a wipe out of the Republican party, if the election were to be held today. And it’s important to point out that this is, as they said of the Republican party, this is not just Trump versus Biden, but this is Trump’s toxicity seeping down into the state and even into the local level elections. And that’s what’s freaking these Republicans out right now, because as we all know, Trump is losing to Biden nationally by double digits.

When you look at some of the swing States, he is also losing by double digits. But then you break it down even further. You go to districts, counties, cities, typically that voted Republican over the years, they voted for Trump in 2016 and now Trump is losing to Biden almost by double digits in some of these areas. That is the part that freaks Republicans out because they understand that if you have something toxic sitting up at the top, at the very top of that ladder, the toxicity drips down to the rest of them. It does in fact, hurt down ballot races. You know, the same thing Democrats were very concerned about with Bernie Sanders is you’re going to help down-ballot Democrats. Yes, he would have. Joe Biden on the other hand, maybe not, but now it may not matter so much for Biden because Trump is hurting himself so much that Biden doesn’t even have to do anything.

And the best part is they’re not going to be able to right the wrongs because obviously the hardcore Democrats are gonna vote Democrat. The hardcore Republicans, they’re going to vote Republican. It’s that center swath, right? The people who don’t really have loyalty to either party. You know, they’re not necessarily thrilled with their lives for good reason. The economy has not ever really quite worked for them. So they do kind of jump ship here and there. And I think one of the things that attracted them to Donald Trump back in 2016, and this is my, this is my analogy I’ve come up with for it, is that Donald Trump back in 2016 was essentially the Macarena. Right? When it first came out, you’re like, hey, you know what, maybe, maybe this is something that could work. This is what those people in the center, the swing voters were thinking. May, maybe this is a good song.

And then they started to kind of like it ironically, after they had heard it too many times, like, man, wouldn’t it be funny if we played this at your wedding? Like, I’m going to go tell the DJ to play it right now. Ha ha, we’re funny. And then a little while after that, these middle voters much like people with the Macarana after hearing it too many times are sitting there thinking if I hear this again, I’m going to punch somebody in the face. They’re sick and tired of it. It’s not a good song. It’s very repetitive and they don’t understand most of the words to it. That is what Donald Trump is to these swing voters. He is the Macarena and they’re ready to move on. They want a new one hit wonder to, to tack on for the day. And that’s what these Republican strategists understand. Trump was most likely a one and done candidate. He doesn’t have the stamina. He doesn’t have the staying power. He doesn’t, even though we see him with these rallies and we see people with Trump flags on their cars, let me bring that up because I got passed by one yesterday. He’s a moron.

But anyway, those are the minorities. Like, those are so rare. Those are unicorns. That’s how rare they are. That’s why we talk about them. If everybody was out there doing it or half the country was doing it, it wouldn’t seem odd when you see one. But that’s what’s happening. He is hurting Republicans at the local level. He’s hurting them at the state level and he’s certainly hurting them at the federal level and he doesn’t know how to fix himself. He refuses actually to fix himself and Republicans across the country, don’t know a good way to disassociate their candidate and their race from this highly toxic president. And if they can’t figure out a way to do that in the next four months, as they say in their own words, it’s going to be a total wipe out for the Republican party.