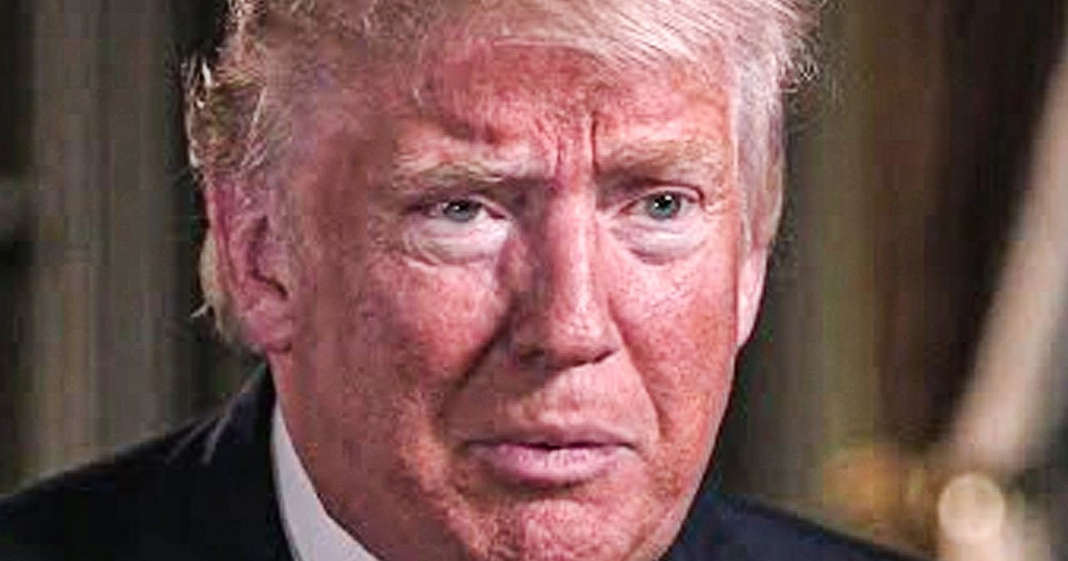 According to two separate polls conducted by a polling firm in the swing state of Michigan, Donald Trump’s ridiculous photo op holding a Bible caused an immediate drop in support for the President in Michigan. This is an important state for Trump in 2020, and is basically one of the “must-win” areas for the President. But there’s a good reason why this particular photo caused an immediate drop in support, as Ring of Fire’s Farron Cousins explains.

Donald Trump’s recent photo op in front of a St. John’s Episcolpal church there in Washington, DC, the one where he was holding the Bible very awkwardly, also prior to that, they had to gas all the peacefully gathered protesters they’re, violating their first amendment rights. The whole thing was a complete disaster top to bottom, a violation of the basic rights of the human beings, American citizens, in front of the church to begin with. And then Trump acting like this, holding a Bible and looking around as somehow like, look how Holy I am. This is what Holy people do, vote for me. That’s what the whole thing was and this whole thing is we have reported, was cooked up by Ivanka Trump and Hope Hicks. And for Donald Trump’s sake, I hope that now that he sees the poll numbers coming from this, that he fires both his daughter and Hope Hicks because the latest numbers show that after, after he did this photo op he saw an immediate overnight drop in his support in swing States. Specifically the state of Michigan, where multiple different polls were conducted the day after, after this event took place.

After these polls had already just been conducted the day before the event, and they showed an immediate drop overall four point drop in support for Donald Trump. He was losing to Biden by 12 points in Michigan. Now he’s losing to Biden the day after that photo op by 16 points and the pollsters, the people who do this for a living who analyze what these poll mean, they say the only thing that changed in that amount of time was that ridiculous photo op that the president just had to do. You know, it’s hard to find anything to be really, you know, happy about these days in terms of the news. This makes me happy. I am glad that the president is facing repercussions from the voters in a swing state for this ridiculous photo op. If anybody in this country, if you think that Donald Trump is a religious man, you are frigging delusional. This man doesn’t go to, go to church. This man, doesn’t read the Bible and to be clear, there’s no problem with that. There’s absolutely no problem with that. The problem emerges when you have somebody who doesn’t do these things yet, they pretend that they do because they’ve conned all these little sheep out there in the United States to think that I am Holy. I am a good God fearing Christian. Trump doesn’t give a damn about your religion, about any religion.

He doesn’t, you know, subscribe to one really. So stop pretending that this man cares about your God, because he doesn’t. But furthermore, it’s not just the overall statewide drop in support that Trump is saying in Michigan, because again, that fell by four points. But in West Michigan where Donald Trump, won the area resoundingly in 2016, his support dropped overnight by nine points, nine points. So he saw his biggest drop in the areas that actually liked him, again, in a swing state. Trump’s path to the white house travels through Michigan, travels through a lot of different States that he must win. Michigan is one of those must win States, especially if he can’t carry Florida. If Trump doesn’t carry Florida, he is going to have to win Michigan, Wisconsin, Pennsylvania, Ohio, Minnesota, Arizona. He is going to have to get every single one of those States. Even losing one could spell disaster for him and right now he is in a huge hole in the state of Michigan and at least four points of it is because he decided to gas peaceful protesters, violate their first amendment rights, so that he could show the entire country that he doesn’t know how to hold a book.