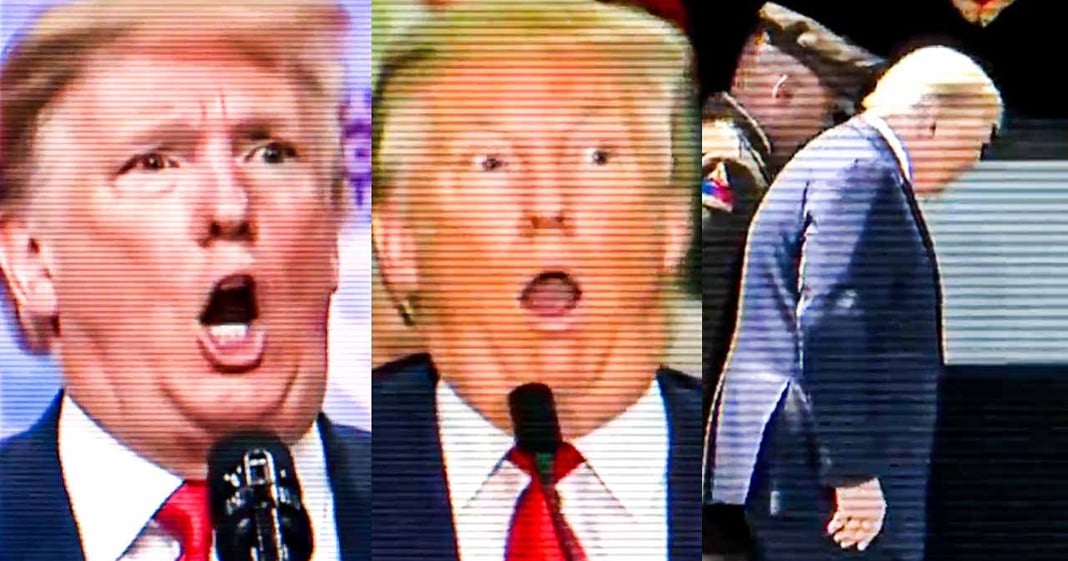 The conservative group called The Lincoln Project has released one of the most scathing ads of the 2020 election cycle. The ad, circulating on social media and other outlets, shows numerous videos of Trump not acting normal and questions whether the man is fit to be president with the caption “Something’s wrong with Trump.” Ring of Fire’s Farron Cousins discusses the ad and how it could impact the 2020 election.

The conservative group, the Lincoln Project has come out with a new ad against Donald Trump that really, I gotta say, is one of the best ads, one of the most scathing ads really that we have seen so far in the 2020 cycle. And it questions whether or not Donald Trump is physically fit enough to be president of the United States. Here it is. It’s a 45 second ad that just hits on all of the things that are wrong with Donald Trump. Here it is.

Something’s wrong with Donald Trump. He’s shaky, weak. Trouble speaking. Trouble walking. So why aren’t we talking about this and why isn’t the press covering Trump’s secretive midnight run to Walter Reed medical center? Why do so many reporters who cover the white house pretend they can’t see Trump’s decline? The most powerful office in the world needs more than a weak, unfit shaky President. Trump doesn’t have the strength to lead, nor the character to admit it. We’re not doctors, but we’re not blind. It’s time we talk about this. Trump is not well.

The thing I love the most about this ad one is that, yes, this is coming from conservatives, but two, it really gets down to the same kind of dirty tricks that Republicans have used against Democrats for decades. But Democrats are always a little too timid to go that route. You know, they, we don’t, we don’t want to get our hands dirty. Let’s keep this a clean fight. Let’s not, you know, stoop to their level. That’s crap, by the way. That’s why you guys always get trounced. You’re a little two weak. So it’s nice to finally have somebody that’s on our side, even if they’re not on our side, doing these kinds of ads against Donald Trump. And it’s also great that it’s not coming from the Democratic party itself. They need to focus on issues. That’s what I’ve been saying for years now, the democratic party does not need to run ads like this, but we do need to run ads like this from other organizations.

So it’s nice that the Lincoln Project has stepped up and they’re running these ads, even though by the way, the Lincoln Project is not a group that we should consider our friends or our allies, to be honest, they’re horrible. They, they like Donald Trump’s policies. They just don’t like him. So let’s not think for a second that this group is somehow on our side. They are not. They are in the fight against Donald Trump, but in the fight against making this country any better at all, they’re absolutely our adversaries there. But again, this is stooping to their level and sometimes you got to do that. You know, you can’t be in politics and be afraid to get your hands dirty and unfortunately, too many Democrats are afraid to get their hands dirty. This ad is similar to Trump back in 2016, when his campaign was out there openly questioning whether or not Hillary Clinton was ill, whether she had been replaced with a body double, you know, she allegedly fainted at that 9/11 Memorial. They used these same kinds of attacks.

Hillary Clinton actually used these same kind of attacks against Bernie Sanders questioning, eh, maybe he’s a little too old. Maybe he can’t cut it anymore. Is his health really all it’s cracked up to be? We saw it this time with Bernie too, well he had a heart attack, oh my God, we should question his health. And now it’s being thrown right back into the face of Donald Trump, who has tried to make Joe Biden’s health the centerpiece of his campaign. So we’re going to see a lot more of this, but I do think overall, the Lincoln Project with this ad, they do raise a valid point. You know this isn’t just about haha. Gotcha. This is also what is wrong with Donald Trump? The behavior we’re seeing is not normal. These are in fact symptoms. The man couldn’t walk down a very slight gentle slope. He can’t figure out how to drink from a bottle of water. It always has to be something weird. Like, uh, oh, I don’t know what to do. That’s not normal. That’s not how those things work. So in addition to being a hard hitting ad, absolutely mocking the hell out of him, it does raise the valid point that we should all be asking, what the hell is wrong with Donald Trump?