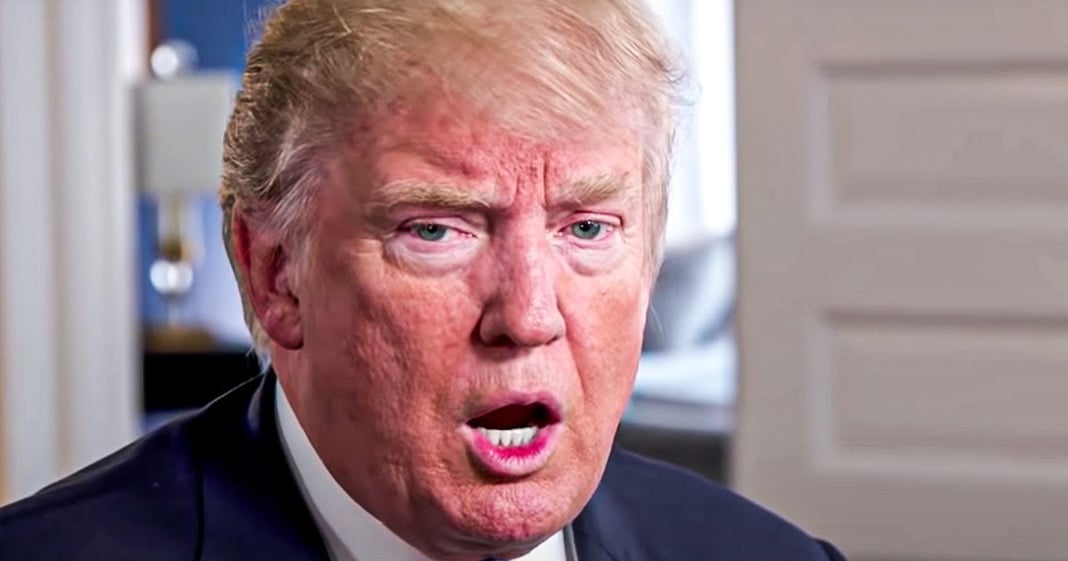 Donald Trump signed an executive order on Tuesday to “reform” the policing of America, but his order is really nothing more than lip service to a country that is desperate for reform. The order doesn’t actually create any new way to hold officers accountable, nor does it strip them of their military-grade weaponry. There is extra training involved, but even that doesn’t address the real problems that we are seeing right now. Ring of Fire’s Farron Cousins discusses this.

So yesterday, Donald Trump issued an executive order that is basically a reform for policing here in the United States. He announced it during a rose garden ceremony, he was surrounded by police officers, uniformed police officers. So the whole thing looked like super official. The police were behind him. So he looked like he had the support of the police on this measure. The entire thing was for show, let’s, let’s start off by just saying that. This was absolutely a performance by somebody who’s not very good at these type of things. And what it does, what this executive order does is essentially nothing. This executive order is not going to do anything to help the problems that we have with policing in the United States today. But the reason Trump did it and I’ll get into some of the specifics in a moment. But I do have to say this first, the reason this is even happening is because Trump understands things in this country for him are a little bit out of control. He sees that he is under water in the handling of the protest.

Most people agree with what the protesters are saying. So the polls are against him there because he has been with police since day one, not with the protestors. And so he has to do something to make it seem like he is addressing the situation and siding with the protestors. But what he did, what this executive order did is protect police. He even ended his little speech which went for almost 40 minutes there in the rose garden by saying we are for law and order the public wants law and order, and we’re gonna give it to you. So even ended it by taking another jab at the, at the protesters, at the people to demanding reform of the police in the United States, he took another shot at them. So yeah, I’m sure that’s going to go over really well with this. But here is what, and I’m just going to read this word for word from Washington Post here. The text of Trump’s order stipulated that attorney general William Barr will be charged with leveraging federal grant funding to encourage, encourage local police departments to pursue certifications in newly established best practices regarding use of force and deescalation techniques, including the prohibition of choke holds, except in those situations where the use of deadly force is allowed by law.

So we’re gonna encourage police officers to get more training and also don’t kill people unless you feel like you need to kill people. Those things already exist. That’s why whenever there is a death at the hands of a police officer, there’s always an investigation, right? it’s not, the problem is not that we’re not investigating these things. The problem is that the entire system is rigged to where the cops never get punished for it. Okay. The investigation, the, you know, grand jury getting those done, that’s not the problem. The problem is that it’s all incestuous, right? And the prosecutors also have to work hand in hand with these cops all across the country. These are their friends, their buddies. They go out drinking with them after work. You think they’re going to prosecute these people fairly? You think they’re going to truly investigate them?

No. And that’s why it’s always coming back. Like, oh no. It turns out that use of force was justified. He was right to murder that man who had no weapon and was clearly drunk and could barely stand up. He was a threat somehow, or this child was a threat to this 300 pound pig. No, this part of it does nothing. So what else is in there? Maybe there’s something in there that does something. Barr also will be tasked with establishing a database to track officers who are fired or resign over misconduct allegations so that they’re not hired in other jurisdictions. This executive action, action also calls for the federal government to support efforts to train police officers in handling encounters with those suffering from mental health issues, homelessness and addiction, including the development of co-responder programs that would pair local police with social workers. Police need to be taken out of that equation completely.

That doesn’t go far enough. The police don’t need to be there, absolutely 100%. You do not need to confront somebody like that with somebody standing there with a gun, a taser, pepper spray, whatever it is, all of it usually and a baton. No not okay. And all of these training programs that they’re talking about are voluntary, not even mandatory. So 21 weeks, and you can be a cop here in the United States. Most other countries, the countries where you’re not seeing thousands, literally thousands of people dying at the hands of police officers every day like we have here in the United States. You have to train for years before you can be a cop. And then after you’ve been a cop for a couple years, years, then you’re allowed to actually drive a vehicle. And if you pass all the training, you might be allowed to carry a gun. Do you see how other countries do it? And they don’t have the problems we have. They don’t have the mass shootings. They don’t have the police shootings. They don’t have a lot of the issues we have here and I know conservatives right now are typing out on the keyboard, but they have knife stabbings all the time.

Not nearly as much as we have mass shootings. And you’ve never seen somebody go on a stabbing spree and 50, 60 people. Here’s the thing. This is window dressing. This is absolute garbage in this executive order. But the reason he did it again, the public needs to see him do something about the problem and he thinks this is it. He honest to God thinks he’s going to go out there, tout this executive order and say, look what I did folks. Clearly I am your guy. Joe Biden didn’t issue an executive order. I wonder why, huh? Hiding in his bunker, right? I promise you, I promise you that talking point is coming, as ridiculous as it sounds coming from me here, I can promise you. He will say it and I know that because he already has.

He mentioned during his signing statement here, that Obama didn’t do any of this. Biden hasn’t done any of this. Only Trump, only Trump can write all the wrongs of this problem, country. No. Trump put window dressing on it. Window dressing that’s gonna fall apart pretty damn quick. Senate Republicans this morning unveiled their bill that’s going to create voluntary training programs and not ban things like the choke hold or lethal force by police officers. It’ll do nothing. It’s basically a mirror of Trump’s executive order here. Democrats in the House, their orders a little bit tougher, still not good because none of these people actually understand what’s happening or why it’s happening. And until they do, we’re going to keep getting these watered down BS proposals that they think will appease the public, but will do nothing to fix the problems.