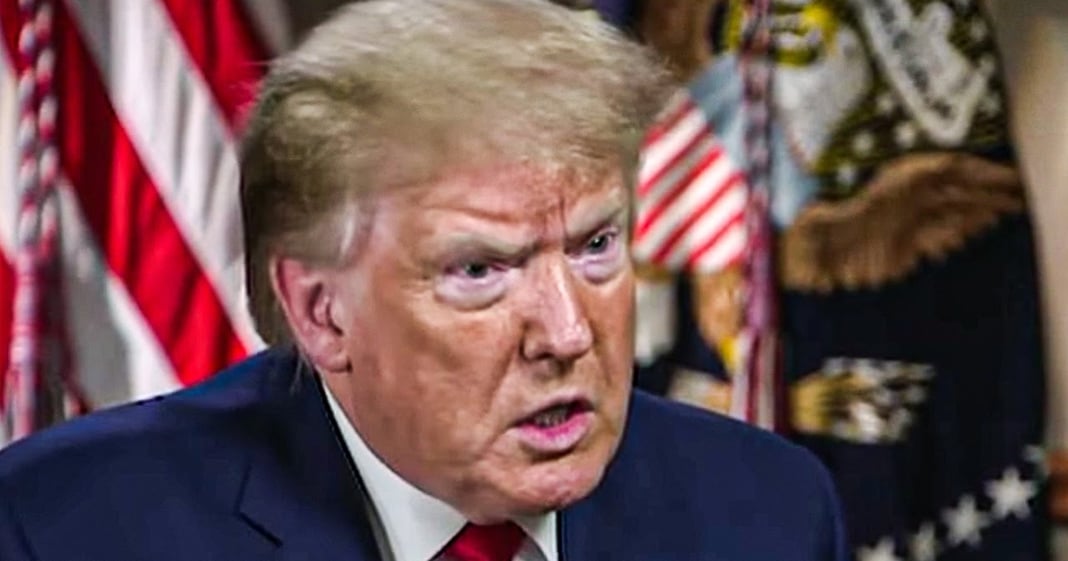 Donald Trump is VERY unhappy with a flurry of books about to hit the market, and he’s doing everything within his power to stop these books from making it to the public. One book, authored by John Bolton, is being challenged by the State Department, while the other, authored by Trump’s niece, is being stalled by the threat of a lawsuit from Donald. The President cannot stop these books forever, and there must be a good reason why he wants them hidden. Ring of Fire’s Farron Cousins discusses this.

So there are several books set to come out within the next few weeks and months that really paint Donald Trump and most of his administration as incompetent buffoons and one of the books actually paints them as a criminal empire, according to reports. And that book is the one by John Bolton, who as was reported last week is ready to implicate the president in further criminal activity or at least potential criminal activity with his book that is due out on June 23rd. Well, after those reports emerged last week, Donald Trump did what he always does and he freaked out a little bit and on Monday actually threatened legal action against John Bolton if he goes forward and publishes his book on June 23rd as is scheduled by Simon and Schuster. And I bring that up the publisher just to let you know this isn’t, you know, some fly by night publishing group that’s putting this book out.

It’s one of the largest in the United States. They know what they’re doing. They’re not going to do anything that’s going to get them sued by the federal government. So Trump says, I’m going to stop you John Bolton, former national security advisor, from releasing your book because I’m pretty sure you’ve got classified information in there. And as you all know, obviously you can’t release this classified information. That’s illegal. Also you probably are lying about some of the classified information too. So that’s like doubly illegal Trump said. That, that’s actually what he said. He didn’t use the word doubly illegal, but he did say, you know, that’s even more illegal. Okay. So now Trump has attorney general William Barr has filed a motion to get the book delayed because allegedly John Bolton has not completed the revisions that the state department and the justice department required him to complete.

Because that’s the thing, folks, the federal government already had a copy of this book because yes, they do have to go through and make sure this man is not releasing any classified information. They already did that and Bolton, I would assume has made the corrections otherwise, as I mentioned, Simon and Schuster wouldn’t be publishing this. They would not allow this book to go forward because they also know which corrections or which redactions have to take place. They wouldn’t publish it if it hadn’t been done, because they are looking at millions upon millions of dollars in losses through lawsuits if they do not redact these parts or remove them from the book entirely. They could also possibly be looking at prison sentences. They aren’t going to do that. Trust me.

So all this is a big stall tactic and by the way, if you think this actually has anything to do with security, you’re kidding yourself. Because as I previously mentioned, this is not the only book that Donald Trump is fighting to have not released. He’s also fighting to have the book by his niece suspended and not released to the public. He is now claiming that his niece is in violation of her nondisclosure agreement that she apparently had to sign, I guess at some point in her life. Anybody and everybody who’s ever known Donald Trump I guess part of the thing about being friends with him is you have to sign a nondisclosure agreement. What the hell is this man doing in his private life or his professional life or any other second of his life that is so secretive that literally everyone has to sign a nondisclosure agreement.

That’s not normal. That is not normal human behavior and at 100% indicates that this man has done things that would either be embarrassing if they are released or could land him in a lot of trouble. Like literally the only conclusion you can come to at this point with that, the man has forced everyone to sign an NDA if they’ve ever even looked in his direction at this point. Nevertheless, he is trying to sue both of these people to stop these books from coming out, which tells me there is obviously going to be some really good information in both of these books that is going to implicate Donald Trump in further potentially illegal activities. At least in Bolton’s case reports are already saying that it does implicate him in this. But at the end of the day, one thing is for certain Donald Trump is doing everything possible to make sure everybody knows that these books are coming out, which is only going to help the authors and hurt Trump even further.