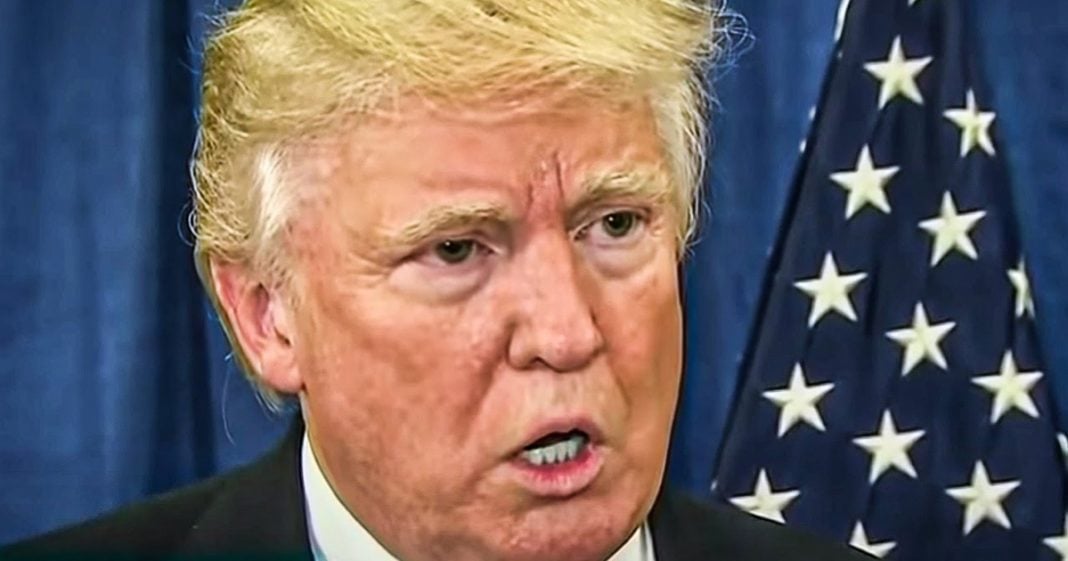 Mary Trump, the niece of Donald Trump, is about to let the world know how corrupt and dysfunctional her uncle really is by telling all the family secrets in a new book. The book claims that Mary is the one who released Trump’s financial info to The New York Times, earning the publication a Pulitzer for exposing Trump’s REAL history as a businessman, so only time will tell what other damaging info Mary has to reveal. Ring of Fire’s Farron Cousins discusses this.

Donald Trump’s niece, Mary Trump has a book coming out on August 11th, that she is hoping is going to be enough to take down his chance for reelection because after all this book is dropping just a few days before the Republican convention. And obviously just a couple months before the national election and Mary Trump in this book, according to the reports that are coming out now, has some pretty shocking claims to make about the president and even about things that Mary herself has done. For example, Mary says that she is the one who leaked the tax documents to the New York Times for their groundbreaking 2018 Pulitzer prize winning article on how Donald Trump was not the business man that he wants everybody to think he is. And essentially had to get $400 million in today’s dollars, from his daddy in the 1990s to bail out his failing businesses. That bombshell story based on those tax documents.

As I mentioned, it won, the New York times, the Pulitzer prize and those tax documents, according to Mary, came from her. So she has been working to take down uncle Donald for quite some time. And there’s a reason behind that too. Right? There’s lots of backstory here. Trump clearly was not a very good uncle and when Mary’s father Fred jr died in the early nineties at the age of 42, I believe it was from a heart attack brought on by his alcoholism, Mary has said since then that you know, her grandfather, Trump’s dad and Donald himself, they weren’t there. They weren’t there for Fred jr when he needed them. And so she, I don’t know if you want to say she blames them for her death, but, but reading about it, it feels like she blames them for his death or at least not helping. And then of course the issue of the will, right? Because after big daddy Fred Trump died in 1999, his money was supposed to go to the four kids. But obviously since Fred jr had died, Mary and her brother Fred the third thought the money would come to them.

But, Trump and his sisters made sure that the kids did not get the dads share. because you know, he died in the early nineties and they just didn’t want their mom to get any of that money. So that’s what happened there. They did each receive the $200,000 that every grandchild of Fred Trump received and that was it. So that’s where we are. Mary has an axe to grind and Trump has a lot of skeletons in his closet, but we have to be careful what we believe and what we don’t believe. Obviously, if she is the one who did leak these tax documents to the New York times, fantastic. That’s a great way to build our trust, but you are also desperate to take down Donald Trump as is a lot of the progressive media. We know this, we we’re not shy about admitting that we enjoy it, but we have to be careful too. Just because somebody makes a, a, you know, damning claim about Donald Trump does not mean it’s always true.

So I hope this book has been vetted because if not, it’s actually going to help Donald Trump get elected. So it’s always a double edged sword. If she says things in this book that Trump is able to come out and prove to be false. If she ends up getting slewed, sued, excuse me, for liable for this then yeah, that’s actually gonna make Trump look better. But until then, all we can do is wait. She has proven herself to be credible so far. And again, I have no reason to doubt her, but we have to be careful. This is an election year. There is a lot at stake. So let’s not just see a headline dive right into it and report it as if it’s the God’s honest truth. We need to be absolutely sure. Mary has proven herself in the past. Hopefully she’ll do it again. Otherwise this entire book deal that she’s got coming out is going to be a massive tool for Trump and his reelection campaign.