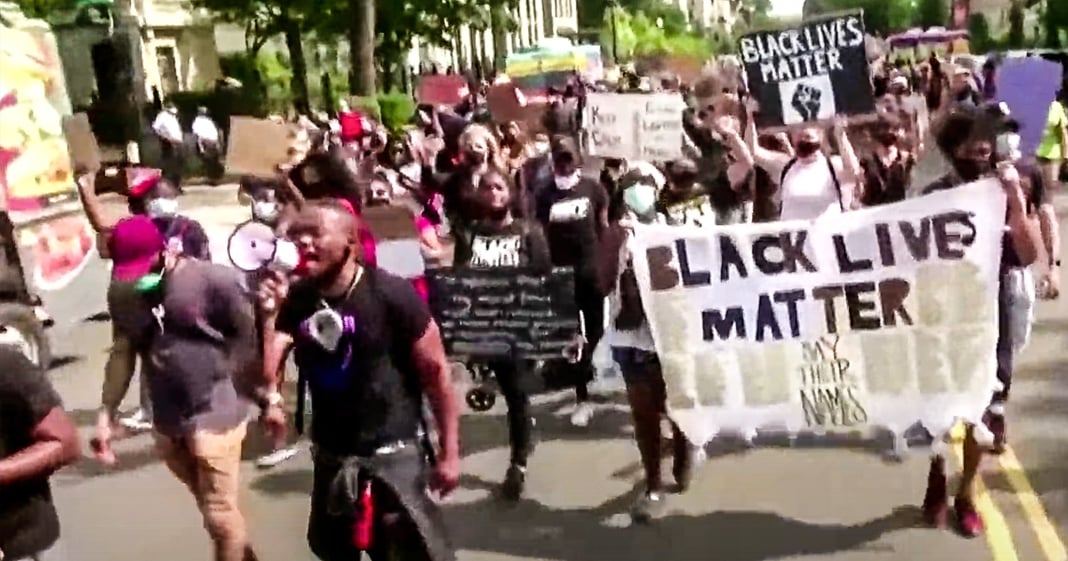 The latest state-level polling across the United States has absolutely no good news for Republicans, as more and more voters are starting to shift towards the Democratic Party. The protests happening across the nation are waking more people up to the fact that there are very real, and very unfair, racial inequalities in this country, and voters believe that Democrats are best-suited to handle these issues. Ring of Fire’s Farron Cousins explains what’s happening.

More and more polls keep coming out both at the federal and the state level and every single one of them that is coming out right now has some really horrible news for Republicans, federally elected Republicans, meaning House, Senate and of course the white house, they’re in trouble. They’re in trouble, all over the country. Incumbent Republic, Republicans like Joni Ernst in Iowa is now losing to her opponent by three points, and sure it’s within the margin of error, but it’s also not something anyone thought what happened. But what’s happening across the United States today with these massive protests is that Americans are waking up. You know, a lot of us have already been there. We understand we’ve seen the injustices, the racial injustices in this country. We’ve been reporting on them for over a decade. Most people were completely unaware of this, right? They could tune it out.

You know, okay, the cops killed a black person here. The cops killed a black person there, but it’s just every now and then it’s really not that big of a deal. Well guess what folks it is and it’s happening a lot more frequently than what you see. But when the protests started and the police doubled down on their disgusting behavior, that was the point when I think a lot of people across the country woke up and since then, believe it or not, polls have not only shown that one, people support the protests because I know the Republicans did a good job of trying to paint everybody as violent looters. Well, guess what? That talking point didn’t stick. The talking point of, ah, they’re all Antifa, that didn’t stick. Oh, they’re trying to create their own militarized zone here without weapons, not sticking. Public’s not buying into any of it.

They still support the protesters and now the polls are showing state by state that it is costing Republicans support. And that support is, according to these polls, shifting towards the Democrats. They do not, the voters, trust the Republicans to handle the situation, whether it’s resolving what’s currently happening or fixing the systemic problems that if not addressed, will just lead to all of this happening over and over and over again. Voters overwhelmingly at this point are saying the Republicans can’t handle it. The Republicans don’t want to handle it. The Democrats would do a better job. Now, obviously, you know, to be fair, the Democrats have been in charge in times like these. You know, we, we had Ferguson happened with Barack Obama and he was able to say some comforting words. We had very mild reforms put in place by this administration. It was very, very, very tiny baby steps, but it was something, but it wasn’t enough by any stretch of the imagination, like barely noticeable really. But the Republicans will do absolutely nothing.

That is massive. That is possibly the biggest prize available in November. Even bigger than the white house. Control of that Senate is going to determine whether or not the white house, whoever’s running it, can do anything. So Trump with a second term, but Democrats in the Senate, he’s a lame duck, right? Oh, you would think so, but we’ve got so many corporate Democrats they’ll give him the things he needs. But a Democrat in the white house and a Democrat in the Senate and a Democrat controlled House. Well, if that’s the case, we may actually see a little bit of reform taking place in this country. I have no hope that it will be everything we need it to be, but at this point, you’d be lying to yourself. If you said that it wouldn’t be somewhat better than what’s happening in this country right now.