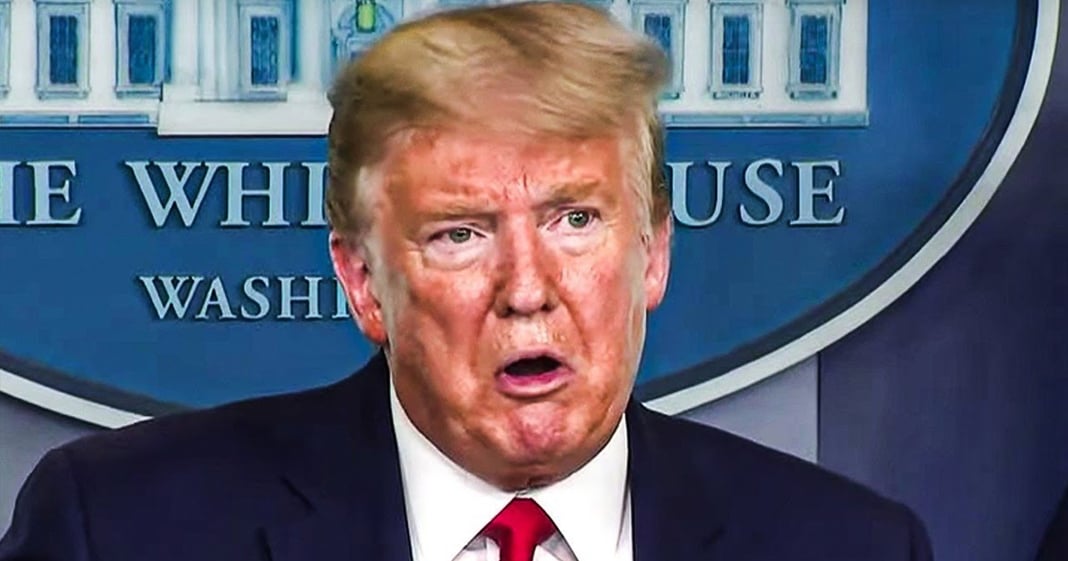 Donald Trump is defying a court order that had suspended the use of a popular German-produced herbicide in the United States. The herbicide is linked to life-threatening cancers, even more so than other popular weedkillers in this country, and the courts deemed it to be too dangerous to use. But Trump always thinks that he knows better, and his administration has overruled the courts and says that farmers can resume using the chemical immediately. Ring of Fire’s Farron Cousins discusses this.

It’s no secret that the entire Trump administration has been anti-science since day one of them coming into office. Right? We have seen them throw climate change science out the window, regulatory science out the window. They’ve literally purged scientists out of the federal government, replaced them with insiders from industries, but we’ve also seen them not just be anti-science, but they’re anti-law. You know, they have overrun court orders. You know, they’ve been said, legally, you’re not allowed to do this, but they’ve said, hey, guess what? I’m going to do it anyway. So they’re fans of science, they are no fans of the law. But what if, what if by some miracle they had the chance to screw over both science and the law at the same time? Well, lucky for them, they actually did have that opportunity recently, after a federal panel of judges told them you are not allowed to allow the use of a dangerous herbicide manufactured by the company BASF in Germany.

It’s killing crops, right? It is not safe to use. Oh, and by the way, it also gives people cancer because it’s highly toxic. So you have to immediately stop allowing people to use this. No more efficiently, effectively, immediately. It’s done forever. And the Trump administration’s EPA said, okay, cool. We’re not going to do that and so they sent a message out to farmers saying, hey, if you’ve got any of this herbicide, I know the court said you’re not allowed to use it ever again, but go ahead and just use up what you got. I mean, you can’t buy anymore, but if you have some feel free to just go ahead and spray it out there, even though it is going to kill your crops and probably give you cancer. But, hey, who cares, right? Just a little cancer and, you know, the death of your way of living, but sure.

Use it up. That’s exactly what the Trump administration did. The chemical and I’m going to butcher this name and I’m sorry, but it’s, Isoxaflutole, it’s an herbicide specifically used for crops like soybean and corn. It’s popularity comes from the fact that it’s able to kill weeds and other unwanted plants that are resistant or have become resistant to other more common and less powerful herbicides. It’s strength however, does not come without a downside. Isoxaflutole has been linked to liver damage and cancer in humans who have been exposed to it. It’s danger to people and the fact that it was drift hundreds of feet from where it was meant to be applied, makes it a very dangerous chemical to use on crops of any kind. Now, the drift is what I was talking about when the judges said, you can’t use this because it kills other crops as well.

We have seen this drift issue with other pesticides because it gets picked up in the wind. It gets picked up in the water and it goes, and we have actually seen people spray their farms with herbicides that have killed all the crop on a neighbor’s farm nearby. And so the judges in this case said, yeah, look, the dangers are evidence. The science is clear. You can’t do this and Trump’s EPA said, we’re going to do it anyway. We don’t give a damn because that’s the bottom line of the Trump administration. We don’t give a damn whether it’s about the law, whether it’s about your health, whether it’s about science, whether it’s about anything else I haven’t listed yet. They don’t give a damn day. They know this chemical is toxic. They know it’s going to destroy people’s livelihoods and they know it’s going to destroy people’s lives, but they don’t care and that’s the big point that everybody needs to remember about everything this administration does. They don’t care.