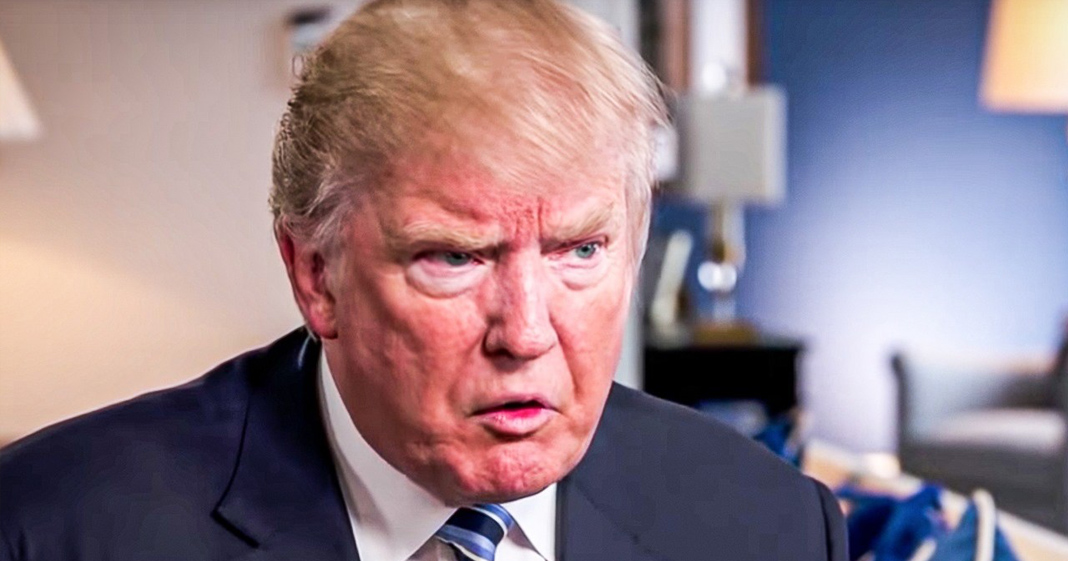 The stock market is overly sensitive, and even the slightest change in political polling or even political talking points can send the market into a freefall. And that is exactly why bankers at Goldman Sachs are panicking right now. They see how bad Trump’s poll numbers are and they now believe that there is likely to be another Blue Wave this November, similar to the one from 2018, that could remove all of the anti-regulation friends these bankers have made in Washington, D.C. Ring of Fire’s Farron Cousins explains what’s happening.

According to bankers at Goldman Sachs, there is a bit of terror running through the banking industry right now, especially at Goldman Sachs. And that terror is that the Democrats are going to maintain control of the house of representatives after November’s elections and also regained control of the Senate and the white house in November. Right now the prediction markets have Democrats hugely favored to retain the house of representatives. That is not very surprising. What is surprising though, is that right now the prediction markets have Democrats not only winning the presidential election, but also retaking the Senate. Now that would be a massive feat, clean sweep of all three. That’s rare. It’s exciting. And the bankers led by those folks at Goldman Sachs now see that as a very, really likely possibility. So here’s why they’re freaked out. Like, okay, why, why does just having Democrats they’re freaking you out so much? Democrats are pretty good with letting you guys get away with, we can’t call it criminal behavior because you’ve never been convicted.

But it is essentially criminal behavior. Democrats have let you get away with that. They don’t prosecute you for that. So why are you so terrified of them? Well, the reason is simple and Goldman Sachs isn’t shy about it. They understand that if Democrats do retake everything, the 2017 tax cut that was put in place is going to go away. Now there aren’t going to be any other, you know, big regulations on the banks. They’re still going to be able to engage in the risky behavior that they are. They’re going to gamble away your money, and there’s not going to be any regulations preventing them from doing that. But the tax cut that is something Democrats could do away with and would do away with most likely because even the most corporate friendly of Democrats, they can still take away that. They did it during the Obama years by letting it expire and they could easily do it again with this one. What’s even funnier about this whole story.

Because you do, as I mentioned, Goldman Sachs says, yeah, we’re kind of freaked out that this could happen. Other bankers are freaked out and then they admitted that oh, by the way, actually right now our high tax equities are doing better than our lower tax equities. So, you know, technically the thing we’re worried about shouldn’t even be a thing, but hey, even the thought of not having a tax cut panics us because wall street is finicky. You know, wall street is very frightened. It’s like a little baby turtle, the slightest little, you know, breeze and oh my God, it hides in its shell and crashes destroying the economy, for some reason. The stock market shouldn’t exist. Right? What these bankers do shouldn’t even be a job. Here’s the exact quote, Goldman noted that high tax paying equities have actually outperformed their low tax peers since March gaining 44% and 38% respectively.

This could imply that investors may not be pricing in the risk of an increase in taxes, according to the note. Well, that’s great. You know, they’re not thinking about having to pay more in taxes. They’re just living in the here and now, wonderful. But, who cares? I don’t care if bankers and stock market hedge fund managers, whatever the hell all is going on up there. I didn’t do very well in finance, it’s the only thing I had in my life I ever didn’t do well at, but I don’t care what they do. I really and truly don’t care. I don’t care if they get taxed at 70 or 80%, bring it on. This is what needs to happen and not because, oh, they’re evil people. They are evil people. But what they’re doing is manipulating the economy itself because we’ve decided to base our economy on this stock market, this entirely fictional manmade thing.

And it needs to go away so that our success as a country is no longer tied to this. So we’re not at the whim of investors. So tax them, tax them out of existence because that’s what needs to happen and if they still continue to exist after that, fantastic, we’ll just use that money to maybe fully fund things like infrastructure, or education, or start new projects like Medicare for all, or debt free college or the green new deal. Either way, it’s a win-win for the United States, but it all begins with one simple thing. Start taxing wall street. They’re afraid it’s going to happen. So let’s let their fears come true. That’s what needs to happen to make this country really great again.