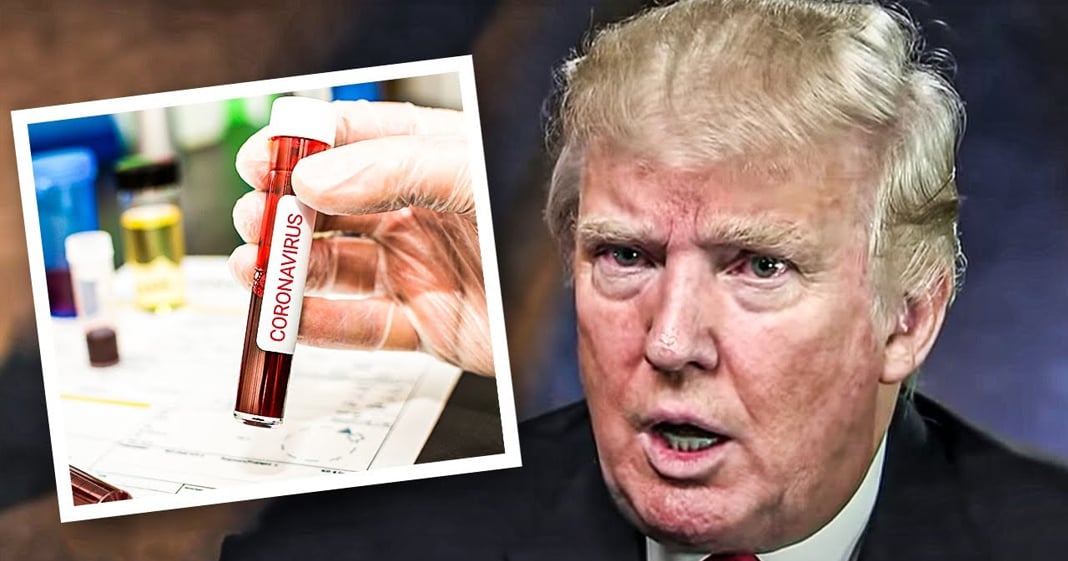 According to a leaked document from the CDC, the US government’s response to the Coronavirus pandemic has not just been bad, its actually been the worst out of all the countries that have had a national response. So we’re Number 1 at being the worst. And as the numbers continue to climb at an alarming rate, the American public as a whole is pretending like the crisis is far behind us. Ring of Fire’s Farron Cousins discusses this.

According to the federal government itself, the United States has had the worst, worst possible response to COVID-19 out of the 10 hardest hit countries. This is according to a leaked memo from the centers for disease control and prevention this week. They said that out of the top 10, who had been hit the worst the country with the worst response to it was the United States. This is coming again from the federal government, from Trump’s administration and in their own internal memo that I’m sure they never wanted leaked to the public, they’re telling us that, hey, we’re the worst.

We didn’t need a leaked memo to tell us this, though. We truly did not. All we had to do was simply look at the numbers and that’s what they did at the CDC and that’s how they were able to come to this conclusion. But here’s the thing. Peru, Russia and India, along with the United States have seen their numbers increase and increase dramatically. Meanwhile, of the hardest hit countries, Brazil, Spain, Italy, Germany and Iran have seen the number of cases go down there. They’re on the downswing. We’re back on the upswing. You know, some folks want to call this the second wave, but in reality, this is still part of the first way. We didn’t make it out of the first wave yet. So this is, I guess, wave 1.5, because we haven’t finished the first wave. And in the last three or four days, according to the CDC, new cases in the United States have risen by 36.5% above the average rate of increase.

So that’s not just saying that, oh, our number of cases has increased by 36 and a half percent. No, that saying, if you take the average increase, the number at which we’re increasing in the United States is 36 and a half percent higher than the average percent increase. In other words, we’re screwing up across the board, folks. And right now we, as a country are pretending like we’re just done with it. Right? We just collectively got tired of being home, of being under quarantine or self isolation and we just said, nah, forget it. I mean, Trump’s holding a rally a week from today and we know what’s going to happen if they pack that arena with the 19,000 people that it can possibly hold. And here’s the crappy thing too.

They’re wanting to blame a lot of this on the protest taking place right now. And I am sure that obviously people at these protests there have probably been transmission of the virus. I mean, right. But a lot of these protesters are in fact wearing masks. They are trying to take these safety precautions and lets not forget that the feds have also confiscated masks that had been sent to these activists. So, so that’s back on the federal government’s response there. And maybe of course, you know, if we had done something about black people being killed by police officers years ago, we wouldn’t be in this situation right now. Would we? So again, that’s kind of by the government’s making right? But at the end of the day, it all does come back to Donald Trump. He is just acting like this thing never happened. His response was horrible when he was acting like it was happening.

He never thought it was a big deal. Never thought it would affect things and now he’s just mad because it’s tanking his poll numbers. So he’s going to pretend it doesn’t exist and since Donald Trump will not do anything since our state leaders are not doing very much at all, depending on which state you live in, I am in a red state, Florida. Our response has been horrendous. Our governor is getting people killed every day because he wants to kiss Donald Trump’s ass. So here’s what we have to do people, we have to be responsible ourselves. In the last week and a half, I have finally started leaving my house and I’ve only done it like twice, so. I’ve worn a mask and I am shocked and appalled at the number of people I see walking around out there without masks, who aren’t adhering to the social distancing, who aren’t standing at the little circles at the grocery store to keep their distance from other people.

I want to turn around and just smack you in the face as hard as I possibly can and then do it again and again and again. All you gotta do is wear a fucking mask, stand six feet away from the person in front of you and you idiots can’t fucking do that and we’re seeing what’s happening. The worst response out of everyone on the fucking planet and a lot of it has to do with Trump. But we’re kidding ourselves if we don’t at least take a little bit of personal responsibility because oh, it’s just too darn hard to go to the grocery store wearing a mask.