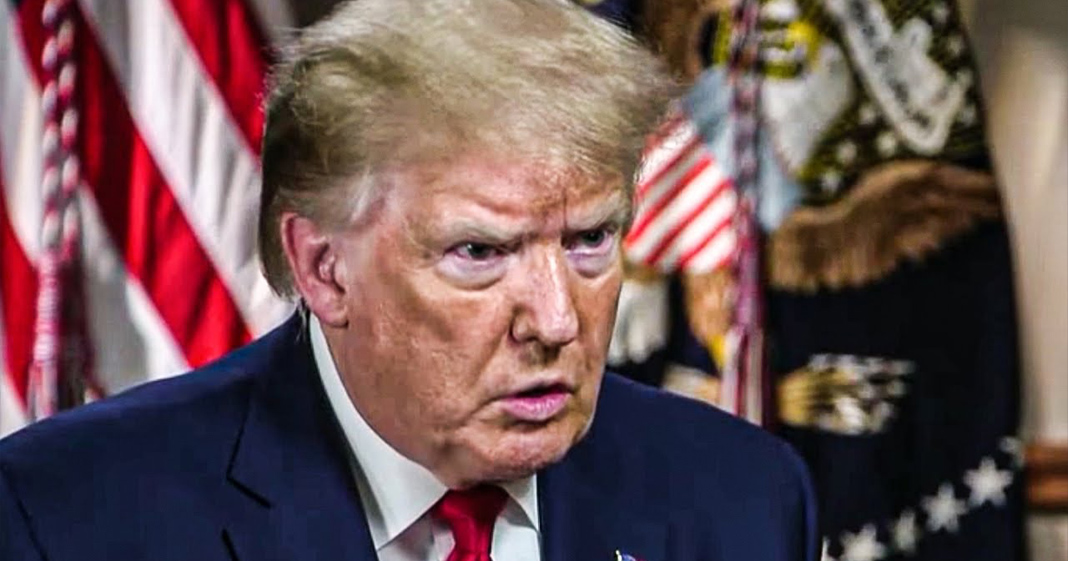 Donald Trump has been fuming about the governor of North Carolina not committing to relaxing social distancing rules for the Republican convention coming up in August, so Trump and the Republicans finally made the decision to pull out of North Carolina and head to Florida instead. Florida is filled with disgusting politicians who love sucking up to Trump, but the state is also experiencing one of the worst “second waves” of Covid 19 infections. Ring of Fire’s Farron Cousins explains what’s happening.

Yesterday, it was announced that the RNC had decided to move most of their Republican national convention activities to Jacksonville, Florida away from North Carolina. Now, some of the events are still going to be held in North Carolina because they’ve signed contracts. They are obligated to do them there, but Donald Trump’s speech and a couple other of the big events, the events where they want a lot of people to show up, those are now going to be held in Jacksonville, Florida. The reason for this is because for the last few weeks, Donald Trump has been attacking the governor of North Carolina because the governor has flat out refused to basically to say yes or no to the Republican request to lift social distancing guidelines, in order for them to have this convention. Donald Trump didn’t want to give a speech to an empty auditorium. Donald Trump didn’t want to give a speech to a half full auditorium.

He wanted 50,000 people in attendance, cram packed into a room with all of these other high ranking Republican officials and Trump himself, and Pence would be there. Pretty much every Republican of note in this country, that’s still alive, would be in the building. That’s what they want and that’s what they’re going to get in Florida and that might be the dumbest idea that I’ve ever supported in my entire life, because I am 100% in favor of this. I am tired of trying to, you know, say, oh, we can’t wish ill upon anybody. Now, you know, what, if y’all are going to be this dumb y’all deserve whatever’s going to happen to you at this point. You truly, truly do because I don’t know if anybody’s been paying attention to what’s happening down here in the state of Florida where I am. But I do.

I pay attention every day because I have to. The number of coronavirus cases here in the state of Florida is absolutely going through the roof. We have just been through the worst seven days of this entire pandemic. And this state has essentially been shut down since the end of March, is when they canceled schools. But we’re reopening, we’re, you know, into phase two-ish. Gyms are open. Restaurants are, you know, nearly at full capacity again. Bars still aren’t open, but nobody’s wearing masks when they go out to the grocery stores because hey, we’re Florida and you’ve seen the headlines about Florida. So yeah, it’s exactly, as you would expect happening here in this state. We’re seeing a huge resurgence of the virus. It’s terrifying for those of us who are doing the right thing. Who are staying home, who do, if we absolutely have to go out, wear a mask, but everybody else is just like, oh, screw it.

No, we’re good. We’re done. And that’s why we’re seeing, I think yesterday we saw what 1700 new cases. The state of Florida is seeing a huge resurgence of this and the Republicans somehow looked at this and they said, huh, let’s have Trump go give a speech down there to 19,000 people because that’s their new goal. They know they’re not going to get 50,000. So reports said their new goal is 19,000. But they did make sure because apparently they have been looking for several weeks for a new venue for Trump’s speech, they wanted to make sure they found a place that wouldn’t require the people in the audience to wear masks. That was one of their requirements. So they wanted, I mean, I feel like they’re intentionally trying to give Trump coronavirus at this point. Like, hey, we need a venue where we can shove 20,000 people in there.

We need to make sure you’re not going to make ’em wear masks. In fact, if you could make it to where everybody has to cough on the person behind them, as they walk through the door, that’d be even better. Right? This is insanity. I mean, what is wrong with these people? Does the entire Republican party of the United States like collectively have the IQ of a potato? Honest to God. I, I, I think that right now, because this is the dumbest thing that I have ever, as I said earlier, wholeheartedly supported because at this point, if you’re going, if you’re going to make the honest choice to be this stupid, then yes, everyone who makes that choice deserves whatever happens to them at that point. We have tried to warn you. The government’s tried to warn you. The scientists have tried to warn you.

Everybody has tried to warn you, but if you’re just going to ignore all that, ignore all the smart people, then whatever horrible, you know, fate befalls you is essentially your own fault at this point. And that is exactly the kind of disaster they are courting by bringing that disaster of a convention here to the state of Florida. It’s not going to end well for any one, but they got to massage Trump’s ego a little bit. So here it comes. And why Florida, right? They said they were looking at other places. They, they’re looking at Texas. They were looking at Arizona. Well, the reason they’re coming to Florida is because it’s a swing state and Trump’s losing it right now and he can’t win the white house if he doesn’t have Florida. I mean, the number of other swing States in this country, he would have to pick up to make up for Florida is astronomical.

He doesn’t have the support to do it. So they’re bringing it to Florida because they think that’s going to shore up support for him. In fact, Ronna McDaniel essentially said it herself. She said, this is the chairwoman of the GOP said, not only does Florida hold a special place in president Trump’s heart as his home state, which isn’t true by the way the dudes a New Yorker, is now and always has been. Just because he owned some property down here does not make him a Floridian. He’s crazy enough, absolutely to, to be in the headline as Florida man. But, no, Florida’s not in his veins. I’m sorry. But it is crucial, it is crucial in the path for victory in 2020. We look forward to bringing this great celebration and economic boom to the sunshine state in just a few short months. So she admitted it right there.