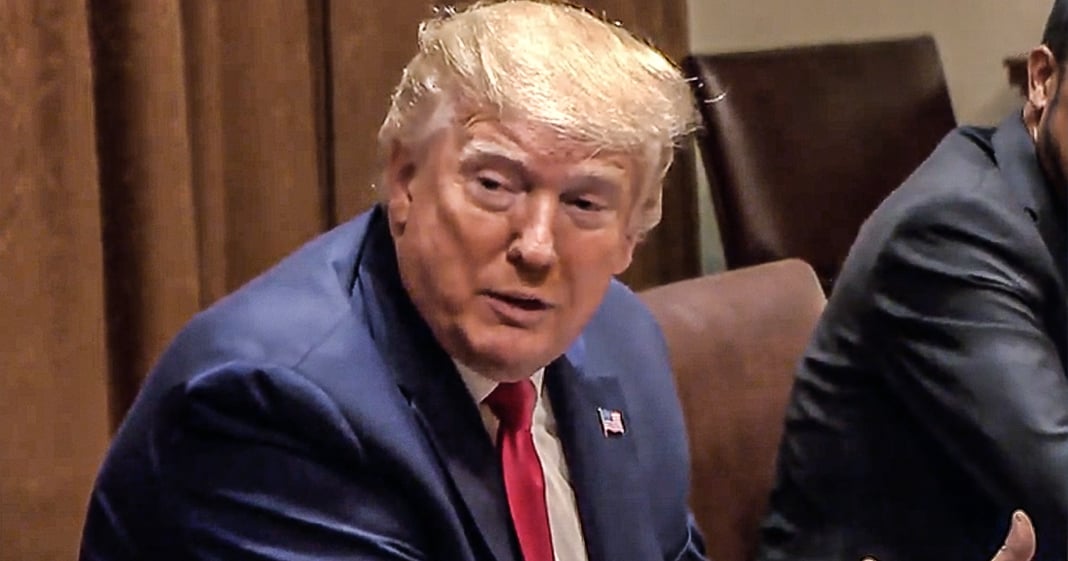 Republicans in Washington, D.C. no longer have high hopes for the future, and they believe that all of the misfortune they are about to experience is all because of Donald Trump. To a certain extent, they are correct. But we also have to factor in how horrible these people are on their own, and how Trump has helped the media to shine a massive light on the corruption and incompetence of DC Republicans. Ring of Fire’s Farron Cousins discusses this.

Another new report out this week, showing that Republicans in Washington DC, Republican lawmakers are still freaking out about Donald Trump. And they believe that this man, the president of the United States of their party is going to absolutely obliterate the Republican party come November’s election. They do believe that at present, there is plenty of time to turn it around, though, according to this report from CNN. The Republican lawmakers they spoke to said, yes, they’re not happy with what he’s doing at the moment and you know, maybe he should change his language on this issue or that issue, but there’s still time to do it, they insist. But if he doesn’t, they absolutely know that yeah, this man is going to cost them dearly once people head, head to the polls in November. So here’s the thing, we have seen reports of this. We have had Republican senators, Republican members of the house, mention this, talk about this for months now. Right?

And it’s that simple. Like that’s how simple the message is. Y’all suck too. It’s a nice little slogan for the rest of the Republican party. Y’all suck too because it’s not just Donald Trump. Seriously, name me one thing Trump has done that hasn’t already either been proposed or supported by other Republicans. They have gone along with everything this man has done. Hell, even the Democrats gave him some of the funding for his border wall and he’s only built three new miles of it. The rest of it has just been replacing other border wall that by the way, had been put there by a combination of Republicans and Democrats over the year, the border wall is not even a new idea. He wasn’t even the first Republican to bring it up in the 2016 presidential race.

Nothing that he’s done. I mean, the kids in cages, we all know who that started under and it wasn’t a Republican president that was Obama and Biden. The point is every Republican in DC at some point or another during this, you know, three and a half year presidency has gone along with everything the president’s wanted. Sure, they’ve had, you know, a couple months where they didn’t, but there have been long periods of time where there was no dissension in the ranks at all. So they can sit there all they want and piss and moan about Donald Trump, having bad poll numbers and it’s going to hurt them down ballot. And the public wants a revolution and Trump’s not going to give it to us and he’s part of the reason they want a revolution, all of that, sure. But at the end of the day, you still have to look yourself in the mirror, right?

You have to walk past those things and you have to look at you and you have to say, did I do something wrong maybe? Or is it all the big mean bad orange guy, right? Because here’s the other thing too. Republicans love to say the Democrats are all just like, oh, Trump bad. Look at your own party, folks. Anytime something goes a little sideways your elected officials from your party are the first ones to say, dagnabbit, Donald, you’re going to cost me my election. You’re the worst. Everybody wants to blame Trump for everything. But to do that, as I said, is one of the laziest excuses imaginable. There’s lots of problems in this world. Trump has exacerbated many of them, but he hasn’t been the sole cause of any of them. For that, you got to look a lot to the other Republicans and you know what, even some Democrats in DC, because as I mentioned, you all suck too.