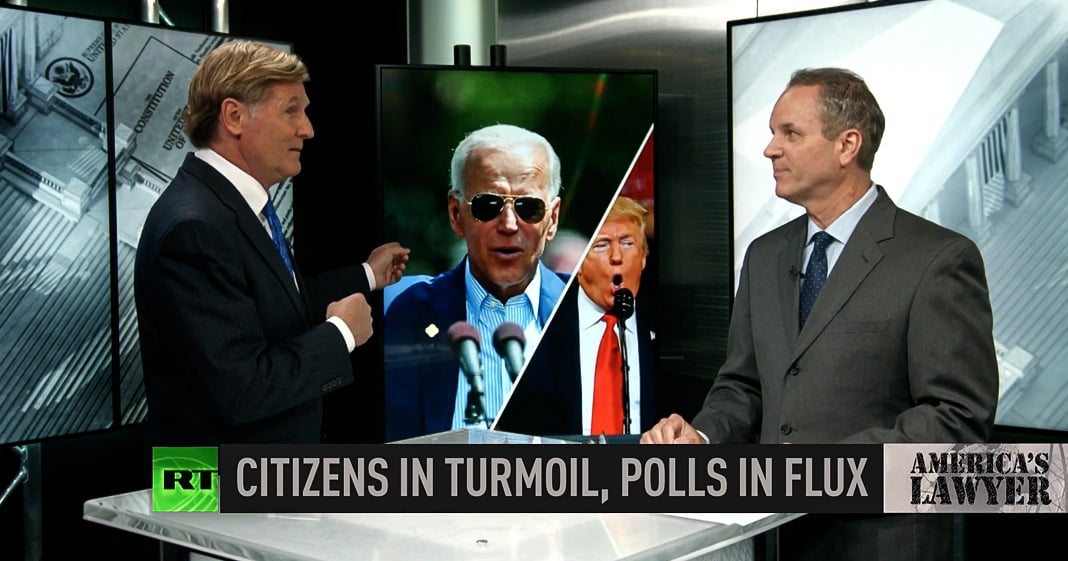 Via America’s Lawyer: Trump has not started spending money yet and it’s a problem for Joe Biden’s campaign. Mike Papantonio is joined by media analyst David Lamb.

Mike Papantonio: Okay. So as you, as you look at some of these, one trend I’m seeing is that Biden still has problems with Sanders supporters. What is your take on that?

David Lamb: It is like I said earlier, there is no passion for Joe Biden. There is no Biden bump, so it is all about, it is all about Trump. An interesting poll was taken in, whenever Sanders voters, it’s a USA today, Suffolk County poll, 20% of Sanders voters flat out stated they’re not going to back Biden. They’re either going to vote for Trump or they’re going to sit this one out. Now, what’s interesting in, in that, in 2016, 15% of, of Sanders voters did not support Hillary Clinton and look at how close that race was. While, while president Trump clearly has an uphill climb, it’s gonna get closer and how close and how important will those Sanders, that Sanders block be.

David Lamb: Yeah, well, the fundraising, while Biden may lead in the polls, it’s a blowout in terms of fundraising. At this point the, the Trump war chest is 255 plus million dollars. The Biden war chest such as it is, is not even a hundred million. So there’s more than $150 million advantage there for the president and how that’s going to come into play is president Trump is going to go after Joe Biden. You know it. Alright, you know, whenever he does.

David Lamb: Shock and awe is what’s going to happen. How will Biden respond? How can he respond?

Mike Papantonio: Can he respond with the money that he has, can he respond? That’s the question.

Mike Papantonio: About 30 seconds is all we’ve got. But tell me as this thing closes in, the, the Biden story, can he stay in his cellar? Can he, can he stay?

Mike Papantonio: I want you back on the show every couple of weeks, we’re going to talk about this, the numbers behind the numbers. I don’t care what the national numbers say. I want to know what’s going on on the little sub parts of those numbers.