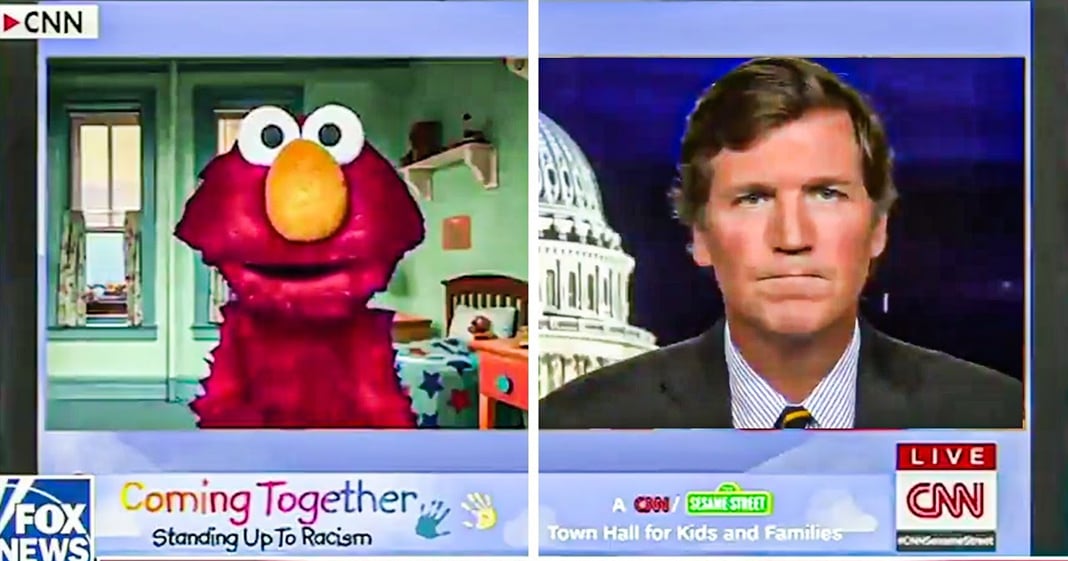 Fox News host Tucker Carlson has finally found someone that is on his intellectual level – Elmo from Sesame Street. And even though the latter is a puppet, he still emerged as the victor in the fight against Carlson. Tucker is furious that Sesame Street aired a special about the protests and explained what’s happening in this country, and few people were convinced by his abnormal arguments that he was correct, thereby making Elmo the default winner. Ring of Fire’s Farron Cousins discusses this.