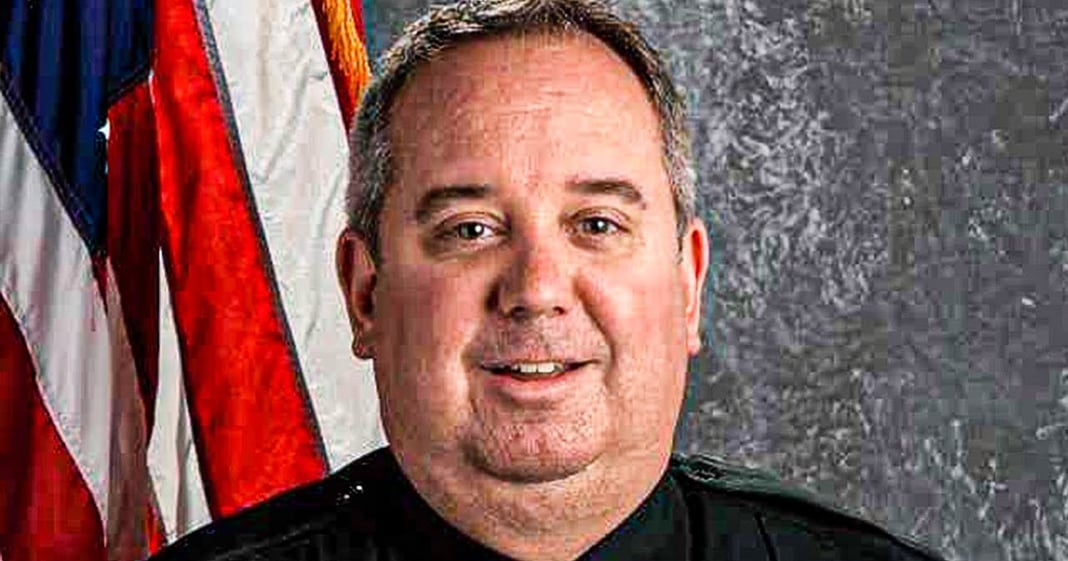 The President of a Florida police organization has been suspended pending an investigation into his decision to actively recruit police officers who have a bad record to come and work in his state. The Sheriff’s office suspended the F.O.P. president in order to investigate his Facebook posts, but it is unlikely that the man will be permanently removed from his position. And this is the problem with the police – they are too willing to stick up for the “bad apples” and this is what has spoiled the entire bunch. Ring of Fire’s Farron Cousins discusses this.

The president of a Florida chapter of the fraternal order of police has been suspended after this man, man by the name of Bert Gamin, posted on Facebook, telling all of these violent cops from around the country to come on down to Florida and come be cops down here because we like, we like that kind of aggression in our police officers. Man made the post I’ll read the exact post word for word in just a moment. But he has now been suspended from his position as president of the fraternal order of police by the Brevard Sheriff’s office and they are now investigating what he has posted, but don’t worry folks. As is often the case, this officer has been suspended with pay. So they essentially said, hey, you made a Facebook post that’s pretty bad, and then he deleted it, so go on vacation. Can you, I mean, I just want everybody to wrap their head around that for a moment.

Because we see this all the time with these abusive cops, the racist cops, the disgusting cops out there, they get suspended with pay. Like, with pay. So what’s the point of the suspension? This is not a punishment. That is a reward. Like, if my boss called me today and said, dammit, Farron, and you’re suspended with pay for two weeks. Cool, wonderful. If we weren’t in the middle of a pandemic, I’d plan a trip with the kids, right? The wife and I would just pack up and get out of here. That’s a vacation, not a punishment, but that’s what this officer gets for posting on Facebook the following. He said, oh, and this is apparently just one of many posts. Hey Buffalo 57 in Atlanta six, we are hiring in Florida, lower taxes, no spineless leadership or dumb mayors rambling on at press conferences. Plus we got your back.

Now he is referring to Buffalo 57, which is the 57 officers who resigned after the two officers who shoved Martin Gugino to the ground and cracked his freaking skull we’re charged with aggravated assault. 57 officers resigned in solidarity with them. That’s 57 more cops we don’t need on the streets anyway. Good riddance. The Atlanta six, the Atlanta six are six officers facing felony charges over a video of them dragging an African American couple from their car during the recent protests. And this guy again, Bert Gamin is his name, openly posts on Facebook, hey, we know you guys are either racist or you don’t care about people and you’re totally cool with hurting people. So come, come work with us down in Florida, we got your back. And it’s that part of the statement that’s the most terrifying because this is what we see with police officers across the country and this is why that few bad apples argument is now null and void.

We may never know the extent of the abuses that have taken place at the hands of police officers in this country because of this similar to the military, it’s the same mentality. And if there are no good cops willing to come forward and tell the truth and say, listen, it’s going to cost me my job. It’s going to cost me my friends, but my department’s covered up five murders. My department’s covered up abuse. My department’s done this. If you’re not willing to come forward and do that, then you’re proving the point that there isn’t a single good officer left in this country. It’s on you now. You want to have people stop saying all cops are bad, prove them wrong, because until you do, you’re just proving them right.