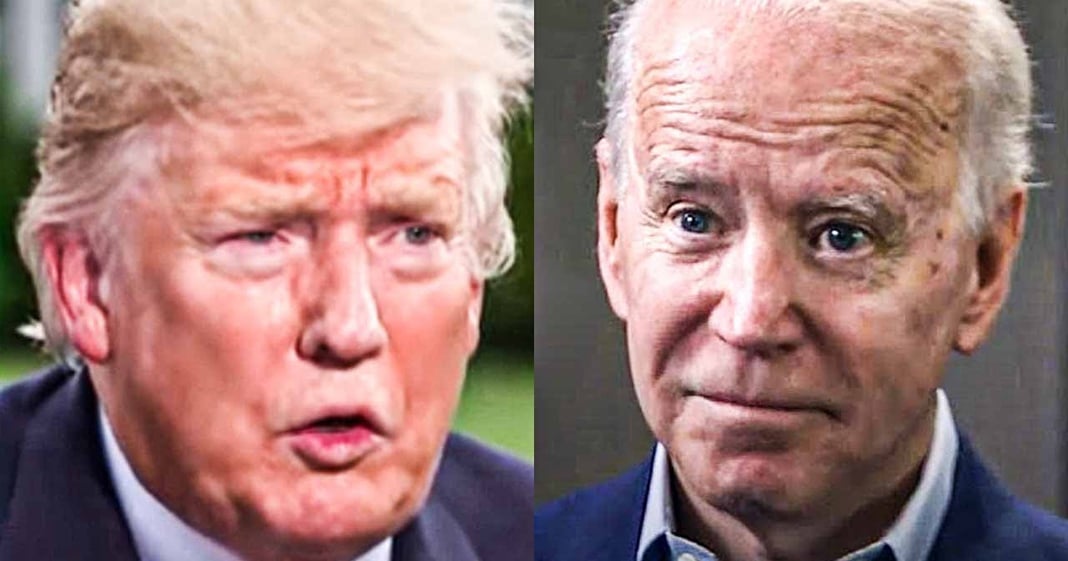 George W. Bush, Mitt Romney, Colin Powell – these are just a few of the big names in the Republican Party who announced over the weekend that they would not be supporting Donald Trump in the 2020 election, with some actually endorsing Joe Biden instead. While this should be considered a win, it kind of feels like a cop out for these Republicans who created the system that gave us Trump to begin with. Ring of Fire’s Farron Cousins explains.

Over the weekend, some high profile members of the Republican party decided to publicly come out and say that they were not endorsing Donald Trump for president in 2020. Some of these people include former president George W. Bush, who said that he would not be supporting Donald Trump’s re-election. Former Republican presidential candidate and current United States Senator from Utah Mitt Romney, who said the same thing as Bush, that he would not be endorsing Donald Trump for president. And then of course, Colin Powell, who said that he was actually endorsing Joe Biden and there’s a distinction there to be made and I’ll get to that in a minute. But I got to read some of this, from the New York Times, former president George W. Bush and Senator Mitt Romney won’t support Trump’s re-election. Jeb Bush isn’t sure how he’ll vote and Cindy McCain, the widow of Senator John McCain is almost certain to support Biden, but is quote, unsure how public to be about it, because one of her sons is eyeing a run for office. Former Republican leaders like former speakers, Paul Ryan and John Boehner are still tight lipped about who they will vote for.

And some Republicans are reportedly weighing their options between backing a third party, contender or openly endorsing Biden, risking the ire of Trump. So the reason I pointed out that Colin Powell specifically endorsed Joe Biden is because just because these other Republicans say they’re not endorsing Trump, or they’re not supporting Trump for president, that does not even mean that they’re not voting for Trump for president. It just means they don’t support him. Kind of like Hillary in 2016 with progressive’s. I did not endorse her. I did not support her, but I did vote for her. So, you know, not supporting somebody’s presidential run, not endorsing them really doesn’t mean a whole hell of a lot, especially when you consider the fact that so far, Donald Trump actually has more Republican support this year than he did with his initial 2016 run. You know, Mitch McConnell, Lindsey Graham, Ted Cruz, those people who said Trump will never be president back in 2016.

He’ll never have our vote. You know, like Lindsey Graham said, if we nominate Trump, we’re going to get destroyed and we’ll deserve it. They all support him now, like they’re, they’ve endorsed him. They said, I’m voting for you. I love you so much. Even Ted Cruz, Trump insulted his wife called him the Zodiac killer, implied that his father was involved in the JFK assassination and Ted Cruz said, thank you, sir. May I have another term? Jesus Christ. So, yeah, I don’t think Trump has to worry about these, you know, Republican has beens, essentially is what they are, coming out and saying, I’m not supporting you. Okay. You guys are responsible for him. So I don’t know what you’re trying to make a big stink about, or is that why you’re doing it? You’re trying to distance yourself from the Frankenstein’s monster that you created.

I mean, George W. Bush, especially folks, let’s not forget the man committed war crimes constantly and never got held accountable for it. You see all the people today pissed off that Donald Trump didn’t get indicted or removed from office during impeachment. You know, he didn’t get indicted or even impeached at all from the Mueller report. You see how mad people are about at that. We see that’s how we were back in the day when those pictures from Abu Ghraib came out. When we saw the torture memos from John Yoo, right? We, we, we saw what this administration did. They authorized torture. They lied. They created these falsified legal memos to justify it. Alberto Gonzalez right there, attorney general from the Bush administration. They did this and not one of them got held to account and I am sorry, but violating international law and violating our own morals and decency as a country yeah, that’s a little bit more intense and a little more illegal than asking Ukraine to dig up some dirt on Joe Biden.

Sorry, but it is, and always will be. So I don’t give a damn, I don’t give a damn if George W. Bush is out there saying, I’m not gonna endorse him, look how good I am, bullshit. You’re a human piece of garbage and you being as horrible as you are, are what led us to this guy. You can’t distance yourself from it. You laid the framework for somebody like Donald Trump to come into power, you and Romney and Colin Powell and John McCain. All of you, Jeb Bush down here in Florida, he laid the groundwork for Rick Scott, which then laid the groundwork for Ron DeSantis. You’re all just as guilty as hell and not a single one of you is any different in terms of policy than Donald Trump himself.