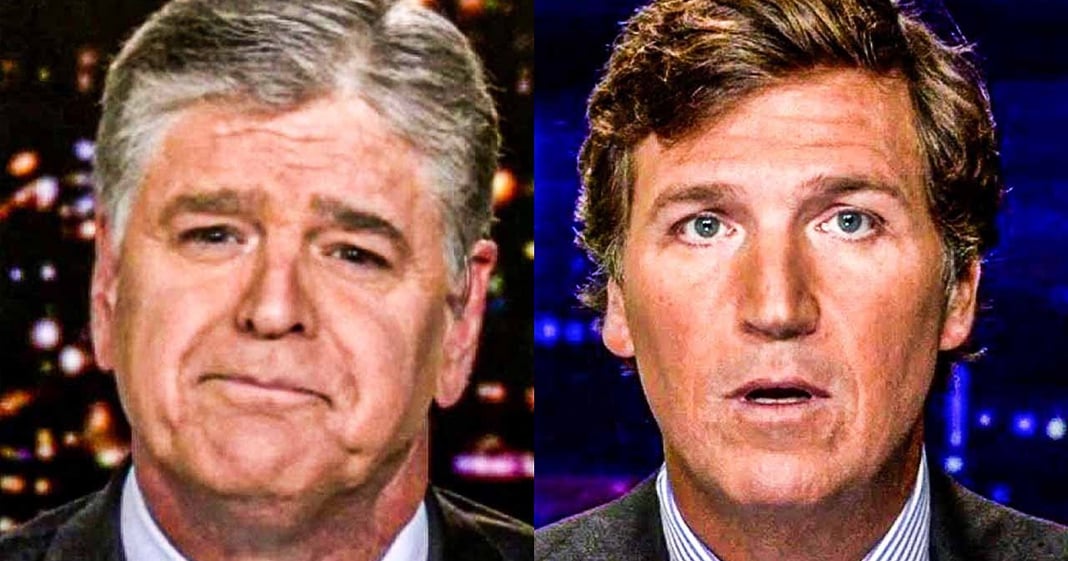 The stock market surged late last week, and the braintrust at Fox News believes that they have figured out why – the stock market just loves it when black people are killed. They even created a graphic to display this fact, and this graphic will likely be something that haunts the network for the rest of their existence. Ring of Fire’s Farron Cousins discusses this disgusting effort by Fox News to spin police violence as a good thing for America.

The main reason we are seeing all of the civil unrest here in the United States right now, the turn to fascism by the Trump administration in order to squash the protestors is because police officers throughout the United States, can’t stop murdering unarmed black people. Like that’s, that’s what, that’s what sparked all this. This is about injustice, racial inequality and police brutality all wrapped in together, addressing this systemic problem that we have in the United States and have had for decades.

But there is one group, even though a majority of Americans agree with the protesters, don’t always agree with their actions, but they agree that they should be angry and they agree with the sentiment. There is still one group that doesn’t seem to care at all. One group that hasn’t even noticed what’s happening and that group happens to be wall street bankers. And on Friday, Fox news made it a point to tell us how much wall street doesn’t in fact care about what’s happening throughout this country. Right now, they did it by putting up this graphic, showing us that, hey, just because black people get killed, doesn’t mean the market tanks. In fact, the market does pretty dang good every time a black person gets killed. That’s what this graphic from Fox news is telling us. It doesn’t matter if you get killed, people make money, right?

May, maybe this means we got to kill more unarmed black people. Is that what you’re trying to say Fox news? Here’s, here’s the thing. Okay. Friday, obviously the stock market did great and why did it do great? Well, because we had to amend the jobs report and say that we actually created two and a half million more jobs than we had thought. Yay. Oh shit, after the market closed, it came out. Nope, sorry. That was totally wrong. We didn’t actually, create those two and a half million jobs. Woopsy. I don’t know if anybody actually followed up and saw that part of the story, by the way, it was a total lie, those two and a half million jobs that the administration said, we created Friday morning. It was a lie. It was a fabrication. The Bureau of labor statistics came out later Friday evening and said that it wasn’t true. They made it up. So I just want everybody to be aware of that, those two and a half million jobs, they didn’t actually exist. The administration lied in order to manipulate the stock market and Fox news then took that information, told some staffer there to make a chart, showing how cool the stock market is when a black person is killed and that’s the other part of this.

Somebody made that graphic. Somebody sat down at their computer and literally made that. I want to know what that staffer at Fox news had going through their head the whole time. I want to know why that staffer didn’t say, you know what? Screw it. This isn’t worth it. Bye. I want to hear from that staffer. I want to hear from the person at Fox news that made that graph. I want to talk to you and I want an answer as to why you did it. You could have brought up, hey, listen, this is in bad taste. This is pretty fucking racist. I’m not going to do it and you need to rethink running this segment. Why didn’t you get up and walk out? Is that paycheck worth more than your morals? Because I guarantee you, you could find another job doing that anywhere else. You’re, you know, obviously in New York city, there’s other networks that run out of there. You could have done the same and you could have been public about it and said, this is what they asked me to do. I refuse to do it. So I had to walk out, but now I need a job.

Any other network would be more than willing to hire you on after that, by the way, if you had gone public with that and said, my morals are too strong, I’m not doing this. You make yourself a martyr, people are going to come to your rescue, but you failed to do that. So I want to talk to you and then I want to talk to the producer who said, this is a good idea. I want to talk to everybody in that chain and I want to know what the hell kind of disease is going through the minds of the staffers at Fox news. Because we know, we know what’s wrong with the hosts, but everybody watching this has to understand there’s dozens of people that work on every single individual hour of programming at Fox news. Yeah, the hosts are terrible, but clearly so is everyone else along that supply chain. People write these scripts. People make these graphics and people pitch these segments. It’s not just the hoax, the hosts. There is a disease at Fox news and I would love the opportunity to talk to the people that work there and find out how deep this disease truly goes.