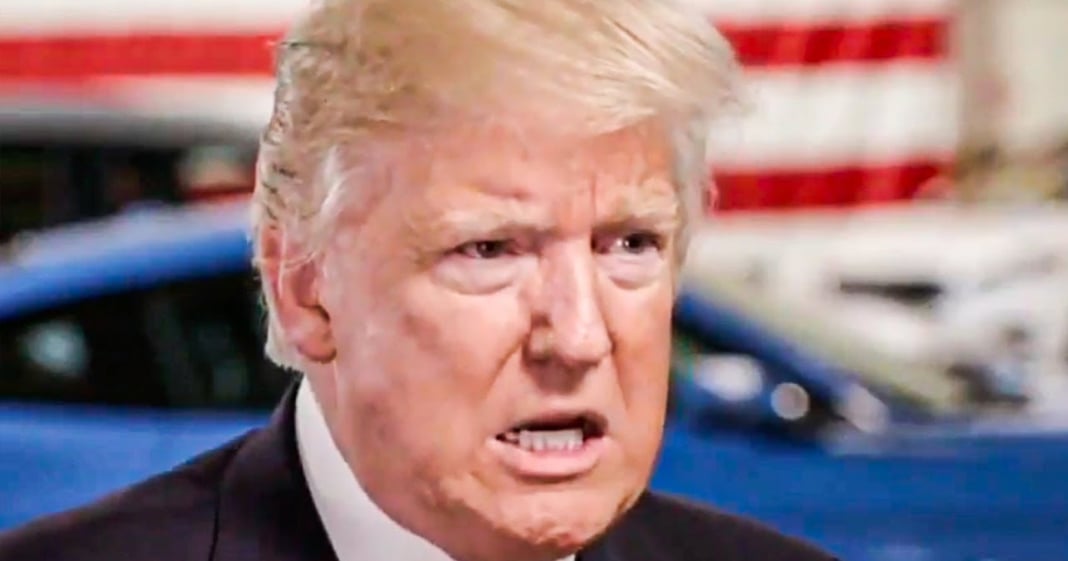 Under the guise of helping a struggling economy during a pandemic, Donald Trump is still pushing for a capital gains tax cut that would really only benefit the top 1% of Americans. This would do absolutely nothing to help the economy during the crisis, but virtually nothing coming from DC today is actually designed to help the economy. Ring of Fire’s Farron Cousins explains why, before this is all over, the wealthy will likely end up with another round of tax cuts.

Good news, everybody. The economy has apparently fixed itself enough that Donald Trump is ready for another round of tax cuts for those at the top. That’s what we’re looking at right now from the president of the United States. According to the white house economic advisor, Donald Trump has been repeatedly suggesting a capital gains tax in addition to obviously his payroll tax cut that he wants to do, which we have talked about a lot. But he is now on this kick of wanting a capital gains tax in addition to the payroll tax cut. Now for those of you who are not familiar with a capital gains tax, which I assume is most people because we don’t get it, only about 6% of households in the bottom 80% of income brackets, get this capital gains tax because it is the tax that you pay from things like, I don’t know, selling real estate or selling certain stocks and things like that.

Most of us, again, only 6% of the bottom, 80% of income earners even have to deal with this. So it’s not something that we’re familiar with. 75% of it is actually paid by people in the top 1%, 1%, 75% of it. So you can imagine obviously why Donald Trump thinks cutting that tax is somehow going to help speed up the economic recovery, right? That’s trickle down economics 101, and since it didn’t work at all this last time they cut taxes at the end of 2017 I’m sure it will have the exact same effect if we do it in 2020. Here’s his thinking behind this, according to his economic advisor, the stock market is starting to do better. You know, little more than 40 million people have lost their jobs but the stock market is starting to do a little bit better. And so if we just kind of cut that capital gains tax, hopefully stock market will do even better. And then that means what? What does that mean?

Regardless, cutting the capital gains tax right now is a stupid idea. The government needs money. The government’s spending money faster than it can come in, and the reason for that one, obviously we’re in a pandemic. We have to get aid out there to people, except we’re not giving aid to people. We’re giving aid to the multinational corporations who mismanaged their own money. They get bailed out. We get a onetime Donald Trump’s signature check trying to buy our vote in November. That’s what we got. I am, I am sick of this. That’s one of the reasons we have so much unrest in this country right now. I know racism is the heart of it, but this economic inequality that is being created by design is a very big underlying issue as well. A capital gains tax will do absolutely nothing, according to the experts, to boost the stock market.

All it will do is put more money in the pocket of the top 1%, that’s just a fact. Cutting the payroll tax like Trump also wants to do, will do nothing to help the 40 plus million people who’ve already lost the jobs. He’s doing this because he wants more money in his pockets. He wants more money in the pockets of Republican donors and they don’t give a damn who it hurts in the process. Because trust me, they make these cuts to benefit the top 1%. The next cuts they’re going to make are to social security, Medicaid, and Medicare that actually help the people in this country who need help the most. That is their plan. Give it all to the rich. Take it all the way, all away from the poor. Robin Hood in reverse and Trump seems to have mastered that.