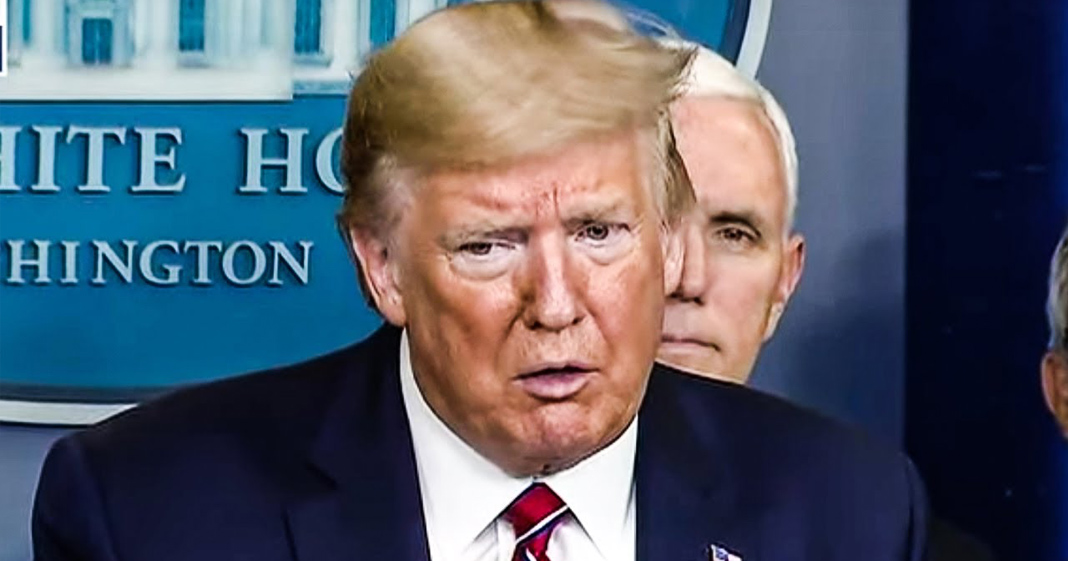 A slim majority of Americans in a new poll say that the President of the United States is a racist. Even larger majorities say that the President should just stop tweeting altogether. One thing is clear from the polling coming out now – the American public appears to be tiring of Donald Trump faster than at any other point in his presidency, and his repeated failures when responding to crises might have finally done him in. Ring of Fire’s Farron Cousins discusses this.

According to the latest poll from Yahoo news and YouGov, a slim majority, but a majority nonetheless of Americans believe that Donald Trump is in fact a racist and a slightly larger majority believes that Donald Trump should just stop tweeting. 52% of respondents in this single new poll say that yes, Donald Trump is a racist. They were asked the question is Donald Trump a racist? And their response was yes, 52%. 54% said that they would love to see Donald Trump just stop tweeting. Now, as for the racism thing, this is not surprising. Polls throughout his presidency, depending on what’s happening in the news cycle at the time, have typically shown that yeah, a majority or at least a plurality of people in this country view the president as a racist and that’s really, really absolutely terrifying because in spite of the fact that a majority view him as a racist, this man still got elected.

This man still has a fairly decent chance of being reelected this year. I know polls right now are hugely in Biden’s favor, we’ll see if that holds, because it probably won’t. Maybe he’ll maintain a lead, but you know what I’m saying. Anyway, how can this man who is viewed by most as a racist, continue to hold power, continue to be taken seriously? And the answer is he can’t. We absolutely cannot allow that to happen because this is not just the opinion of a majority of people, this is what the president has shown us. You know, he may not be the kind of person that walks around throwing around the N word depending on what we’re ever able to see from those Apprentice tapes. But there’s other ways to be a racist as well. You know, he may not cringe at the thought of standing next to a black person, but he absolutely wouldn’t turn his back on him.

You know, little more subtle form of racism. His policies hugely racist. You know, we have seen that along the Southern border. We have seen it with his travel ban. We have seen it with his comments about so-called shithole countries. It’s all racism folks, whether you want to admit it or not is irrelevant. It is what it is and a majority of people in this country, thank God, see that. Now as for the tweeting thing, I would like the president to tweet less, unless he’s going to stop tweeting out attacks and of course, racist things. If the president just went out there and said, hey, cool job, Kansas City Chiefs for winning the super bowl. That’s awesome. Hey, I’m going to be doing a speech here. Hey, I’m doing an interview on this network. Hey, here’s a cool book I just read. Things like that, whatever, tweet until your heart’s content. That doesn’t affect me or bother me.

And I think most people actually agree with that. The problem is the president doesn’t just do those things. He tweets out weird lies. He tweets out all caps phrases that aren’t even complete thoughts. Witch hunt! Just randomly out of nowhere. Like his Twitter account actually has Tourette’s. We would all like to see that stop and we would like to see the president uses Twitter account for literally anything else than what it’s currently being used for, to be honest. But that also doesn’t matter one bit. What matters is the racism and what’s more important is that the majority of people in this country recognize it, understand it and know that it’s there. Admitting there’s a problem is the first step for the public. Second step is going to be getting rid of it in November.