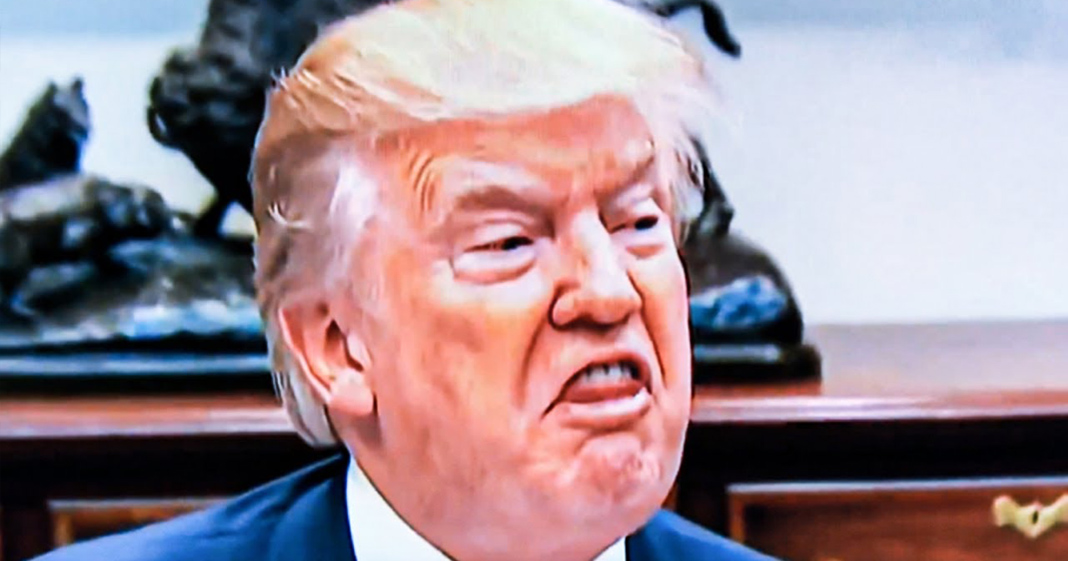 According to new polls, a majority of Americans agreed that Twitter should have labeled Donald Trump’s tweet as false and added a disclaimer and a link to the real facts, compared to just 26% who thought Twitter was out of line to do that. The President can’t get the American people on his side for anything, and that’s likely because he has never been on their side. Ring of Fire’s Farron Cousins discusses this.

Donald Trump has not been having good luck, I guess you could call it, with polls recently. Not only is he still losing double digits nationally to Joe Biden, but a poll came out earlier this week showing that a majority of people in this country agree with the protesters, which really undercuts Donald Trump’s, I’m going to come in as the law and order guy. And then another new poll came out that showed that a majority of people in this country actually agree with Twitter in the ongoing feud between Twitter and Donald Trump, 54% of people in this country agree that Twitter was right to slap a fact check disclaimer onto Donald Trump’s tweet from over a week ago and only 26% say that Twitter shouldn’t have done that. So more than twice as many people say they should, as they shouldn’t, that’s bad news for the president.

Especially considering the fact that that little fact check that Twitter slapped on him was enough to make him issue an executive order that is likely going to be struck down by the courts, but an executive order allowing anybody out there to file a complaint with the FCC and the FTC against social media networks if they think they’re being prejudice based on political beliefs or outcomes, whatever. So he just for the life of him cannot get the public on his side. So the question is why, right? I mean, obviously those of us who are not Republicans, we don’t, we don’t agree with anything the president does anyway, on principle. He has bad policies. He makes bad decisions. Now there’s once or twice where he’s done something that, you know, hasn’t been horrible and we’ve given him credit for that when, when we have to, because it’s only fair, but at the same time, this guy has done 99.9% of the things he’s done based on what’s going to benefit him personally. Whether it’s enacting a racist policy to gin up his base to increase his poll numbers, or whether it’s to enact a tax cut, to put more money in his pocket or a trade war to, I don’t know, appease China or show that he’s tough on China somehow still trying to figure out the logistics of that one.

But nevertheless, the public has typically not been on this man’s side. So why? Well, the answer is because he’s never been on their side. There isn’t a single thing this man has done since he’s coming office that was designed to help a majority of average people in this country and to be honest, the same could be said for a lot of past administrations as well. Not all of them, but very rarely do we see any kind of politician come forward with a plan that’s actually going to help the majority of people. But Trump’s done nothing, nothing, nothing he has done has been designed to benefit us and I think the public is starting to come around to that fact. To come around to the fact that he’s not working for us, nothing that he’s doing is to benefit us and he started this little pissing match with Twitter and he’s clearly not winning it. And that’s why they’ve really started to turn against him and side with everybody else or everything else over him, because he’s done that to them since the first day he stepped into the oval office. The public is starting to treat Donald Trump the same way he has been treating them since day one and he’s going to find out, especially if this holds in November, that that is definitely not a position that is sustainable for his political career.