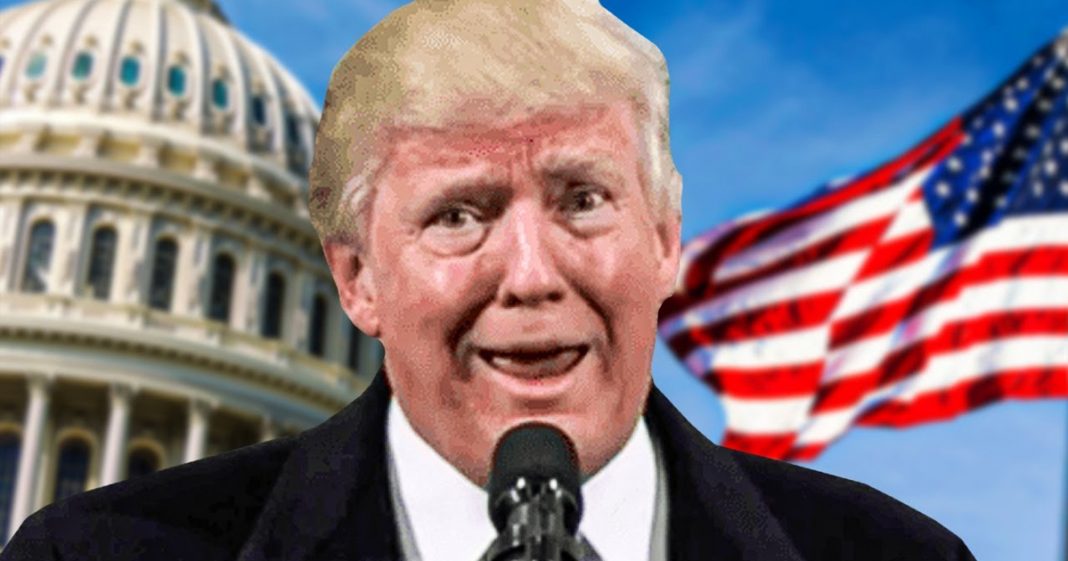 Prominent Yale psychiatrist and Trump critic Dr. Bandy Lee believes that we are seeing the foundation being laid by Donald Trump to question the results of the 2020 Presidential election. Between his constant, and false, claims of widespread voter fraud and his recent displays of military force, Dr. Lee says that Trump is trying to overcompensate in a way that will culminate in disaster after the election. Ring of Fire’s Farron Cousins discusses this.

Yale psychiatrist Dr. Bandy Lee gave an interview to salon.com earlier this week, where she talked about the fact that Donald Trump’s authoritarian showings over the past week could essentially be setting us up for Donald Trump trying to contest the results of the 2020 presidential election. Now, before I get more into what Dr. Lee said here, and I do agree 100% with what Dr. Lee has said, it is important to point out that we have had people for well over a year now concerned about the fact that Donald Trump may or may not accept the results of the 2020 election if he doesn’t win. That is a very legitimate concern. You know, we have had countless people contact us, asking, you know, what would happen? What are the legal ramifications of that? And I can go ahead and tell you right now, legally speaking, it cannot happen.

The term of the president of the United States expires January 20th at noon. Maybe give or take a couple of minutes. I forget exactly what it says, but it is expressly in the constitution. So that’s not something we have to worry about, even if Trump didn’t accept the results, he could not continue being president at that point. He would have to be resworn in. Otherwise his term has expired. His title has expired. He is no longer president of the United States, no matter what anybody including himself has to say about it. So rest easy, okay, folks. He can’t do that because if he tried to do it, as I mentioned, his term would in fact expire on January 20th at noon, at which point he’s no longer the commander of the US armed forces. So even if he gave an order to them, they could not follow it.

He is not their leader. They took an oath to protect the constitution, to serve the constitution. They would then have to view him as an enemy and, you know, capture him whatever at that point, that’s what would happen. So do not worry about the president not accepting the results of the election. He, he can’t do anything. He cannot stay in office. He would be forcibly removed if necessary, if we ever hit that point. Now back to Dr. Lee’s point, because this is something we have to consider. Donald Trump is setting us up for an authoritarian showdown here in the United States, showing that he is not afraid to call on the military to patrol the streets, you know, to go out there and just beat the living snot out of peaceful protesters. That’s what we’re seeing all over the place. And he’s dog whistling to his uber conservative base that this is okay, this is what I like.

Now that’s where the concern comes in about any kind of contested election or Donald Trump calling for violence because he may not be able to use the armed forces, but he does have enough crazies who follow him, not huge numbers, by the way. It’s not certainly not as much as he would like to think it is and it’s certainly not enough to pose any real threat to the, you know, country itself. But people could be in danger. Individuals could be in danger before these crazies are stopped and that’s what I think Dr. Lee is trying to warn us about. Right? That’s what we have to be concerned about, his, his whistling, his signaling to this part of his base, the people who say it’s time for a second civil war, you know, we get the South to redo it. These people do not have the intelligence or the firepower, be honest with you, to overthrow the federal government.

But they do have enough to hurt, seriously injure or even kill Americans in any kind of, you know, protest they decide to do. We have seen that they are not afraid to bring their high powered assault rifles to government buildings. So that’s what we have to be concerned about. That’s where the president has to be reigned in. He himself might not have any power, but his base thinks that he does and if he tells them to do something, then that’s when things could get ugly. That’s what we have to be concerned about. But as for Trump staying in office past his term, legally, he can’t do it and the people who actually took an oath to protect the constitution, they would be more than willing to remove a despot from the white house if it got to that point.