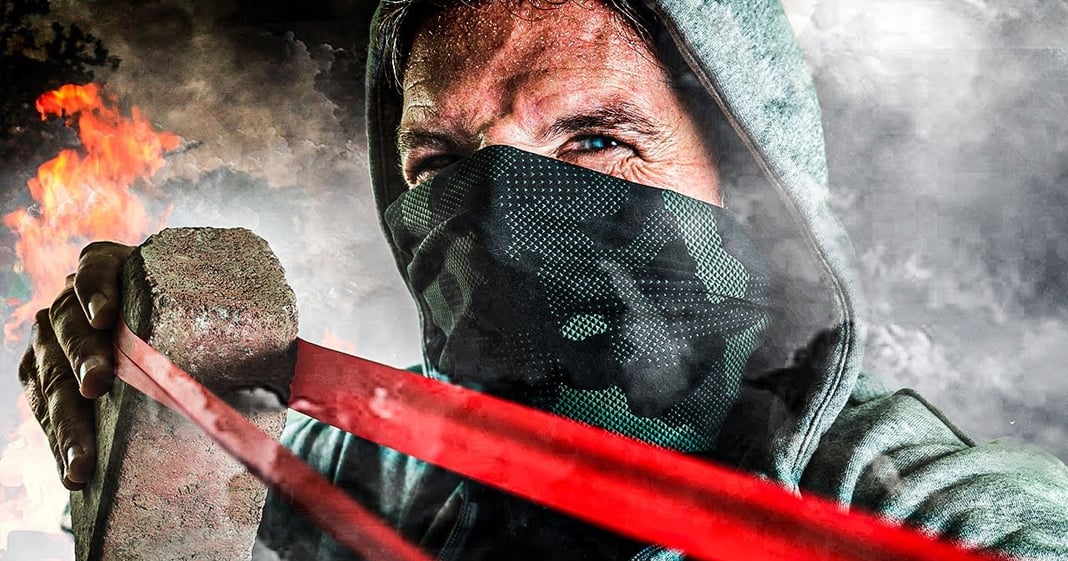 A noted white supremacist organization has been busted posing as Antifa activists to recruit people online to go loot and riot during the protests. This has been suspected since the rioting began, and now there is proof that not everything happening is a result of Antifa. The Right will never except this evidence, but that doesn’t mean that it isn’t important. Ring of Fire’s Farron Cousins discusses this.

So ever since these protests across the nation began, we’ve been hearing a lot more about Antifa because if you watch or read right-wing news, you understand that Antifa is the biggest threat that the United States has ever faced and that every single horrible thing happening in this country right now is clearly the work of Antifa. And sometimes depending on what right-wing site you’re reading, these Antifa people are actually being funded by George Soros. Now none of that is true. Okay. Let’s let’s make sure everybody understands. None of that is true. And what we’re finding out now is that apparently white nationalist organizations, racists, had been going online and posing as Antifa to get people, to recruit people to go out and loot and riot during these protests. So those people out there that the right wingers are blaming or claiming are Antifa, those are actually your people.

Like, we know that now. Facebook’s busted them. Twitter’s busted them. We know that those are your people out there doing it and now you’re sitting there trying to blame this on your mythical Antifa, which by the way, I just feel like this always needs to be repeated. Antifa means anti-fascist, like, that’s a good thing. That’s where we want to be as a country, anti-fascist. We don’t want to be Profa. It’s better to be Antifa, but right now, what we’re seeing throughout the country, we don’t even know if that is this so-called Antifa or not. Because so many hate groups have been trying to recruit people while pretending to be Antifa, just as a way to make Antifa look bad. One of the groups that Twitter identified and ended up having to suspend their account is a white nationalist organization called Identity Europa.

That is a white nationalist group and they had created a fake Twitter account, @Antifa_us, and they got on Twitter and they’re sending messages out, you know, tweets out, encouraging violence, encouraging looting and burglaries and the tweet that finally really set things over the edge was this one, it said, tonight’s the night comrades and they also had a Brown raised fist emoji. Tonight we say F this city and we move into the residential areas, the white hoods, and we take what’s ours. Because that’s totally how people talk. That seriously reads like an undercover cop, trying to be hip and cool with today’s youth. Like, how do you do fellow lawbreakers? What say you, we take what’s ours and we, you know. No, nobody, nobody actually talks like that you morons. But they thought that’s what Antifa was like, tonight’s the night comrades.

These people are ridiculous and so is everybody out there who thinks that Antifa is some kind of organization that has a headquarters or a leader, or has any kind of real tangible group. They don’t even have meetings. Right? It’s a group of people who slapped that label on themselves and they go out. Some of them cause trouble. Some of them stand up to the very fascists and neo-Nazis that are trying to smear them right now. All in all, I’d say Antifa is probably a net good for this country because they’re willing to go out there and fight fights that others aren’t willing to do. But we also need to understand that these white nationalist organizations, the group Antifa’s fought against for years now, they’re trying to smear this organization right now. It’s again, these people, not organization, they’re trying to smear them right now by pretending to be them because they’re afraid of them. Because in all the white nationalist years of organizing and rioting and protesting, the only group willing to get back in their faces and sometimes throw a few punches, has been Antifa.