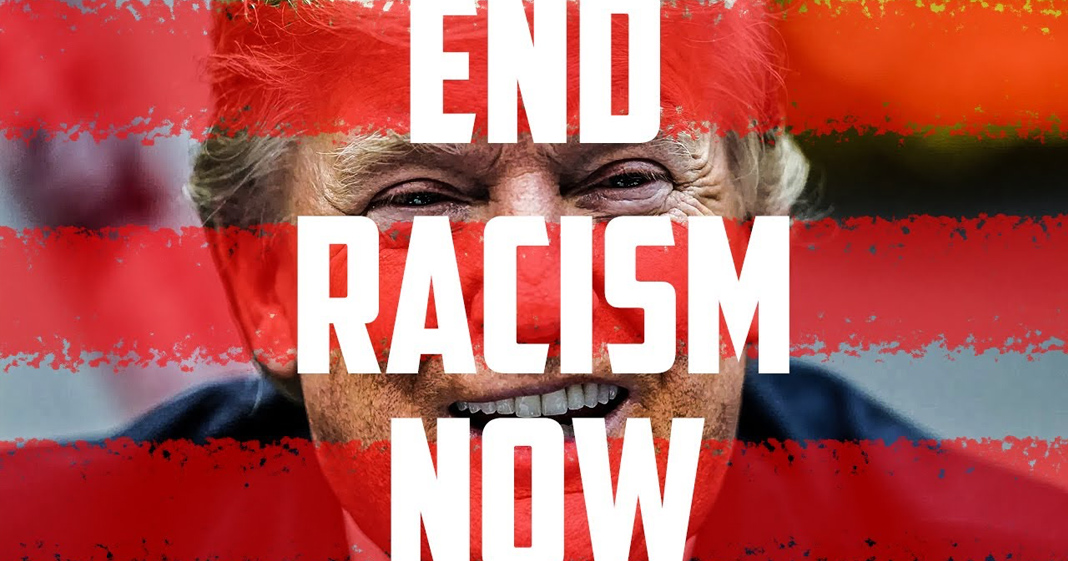 Even though Trump is trying to paint the protesters as a group of violent “thugs,” the majority of Americans in a new poll actually agree that the anger these people are feeling is fully justified, even if they disagree with some of the actions taken. This is a huge positive for the protesters and for the country, as it shows that the false talking points from The Right aren’t landing with Americans. Ring of Fire’s Farron Cousins discusses this.

According to the latest round of polling, a majority of Americans right now believe that the anger of the protesters throughout the country is in fact justified. Now they may not always agree with the actions that they’re seeing all over the news right now, actions that as we’re finding out may not actually be from protesters, but from groups pretending, going out there just causing trouble for the sake of causing trouble. But nevertheless, majority of people in this country, 57% agree that the anger that these people have is in fact justified and actually, 54% say that their actions are either completely or somewhat justified. So you could even say that even a majority of people in this country agree that what they’re doing, even some of the bad things that are happening are still justified. That is an important thing to know because what’s happening right now is Donald Trump is out there trying to paint himself as the law and order guy.

You know, the one that’s going to return to normalcy. The one that’s going to rein all this in. The one that’s going to put your mind at ease and get rid of all the bad things happening. But this poll’s showing most Americans agree that, hey, these bad things, they kind of need to happen. The anger that we’re seeing in the streets, they should be angry. The police officers killing unarmed black people that’s a real problem that needs to be addressed and that’s actually another thing the poll found out. For the first time in polling history most Americans agree that yes, police officers are more likely to use excessive force in situations where the suspect is black compared to white. Similar situations, black suspect versus white suspect for the first time ever half of this country says, yes, cops are going to use excessive force on the black guy, not the white guy. Four years ago, only a third of this country said that and now a half, oh, excuse me. I’m wrong about that too. It’s not a half, it’s 75%. 75% now believe that yeah, cops are harsher towards black suspects than they are white suspects and that is also, again, part of the reason people say that the anger we’re seeing right now is justified, but the poll doesn’t necessarily even matter either.

What matters is what we see. This anger is in fact justified. I don’t care if you think it is or not, it is. If you think it’s not, then that’s a you problem, a you problem, because you probably haven’t had to experience any of this or known someone who has, or you’ve kind of turned a blind eye to all of the horrific videos we have seen emerge over the last few years. Those of us who haven’t, those of who do pay attention to this, we know that this anger is justified. You know, look at a guy like me, right? Do I have to necessarily worry about getting shot or murdered by a police officer for a routine traffic stop? Probably not. Right? My chances of that would probably be pretty low. I live in a, you know, very white area of Florida, unfortunately, and I’m a white guy. So I don’t have the same worries, the same concerns as these other people do. I’ll never fully know or understand or appreciate what they have to go through on a daily basis.

The fear that they experience is something I’m probably never going to have to experience, but I can still stand in solidarity with them. I can still believe that yes, what they’re going through is horrific and needs to stop. It has to change even without going through it. But there’s still too many people in this country who think, because they haven’t gone through it, that it doesn’t exist. That because they haven’t seen the videos, clearly it’s fake news. That’s not what’s happening in this country and more and more people are waking up to the fact that just because they don’t experience and they probably never will, that doesn’t mean it’s not out there for everybody else. They understand that now and that is a very significant and sharp turn from where these polls were again, just four years ago and we had plenty of these videos four years ago.

This is a big shift. Historically, when we’ve had big protests like this in the past electorally they’ve gone against the party in power because the party in power was seen as to blame for it and these people wanted to go towards the law and order candidate. Well, right now the party in power is trying to be the law and order candidate. He literally tweeted out early this morning, just the phrase in all caps, law and order. That’s not going to work well for him. Americans aren’t clamoring for law and order right now. What they want, according to the polls, is systemic change to where police officers stop killing unarmed black people and I don’t even think we need the phrase unarmed in there. Police just need to stop killing black people. That’s what a majority of people in this public want. So Trump can tweet out law and order all he wants, the public isn’t the same as it was in the late 1960s and this isn’t going to go for him the way it went for Nixon during that time.