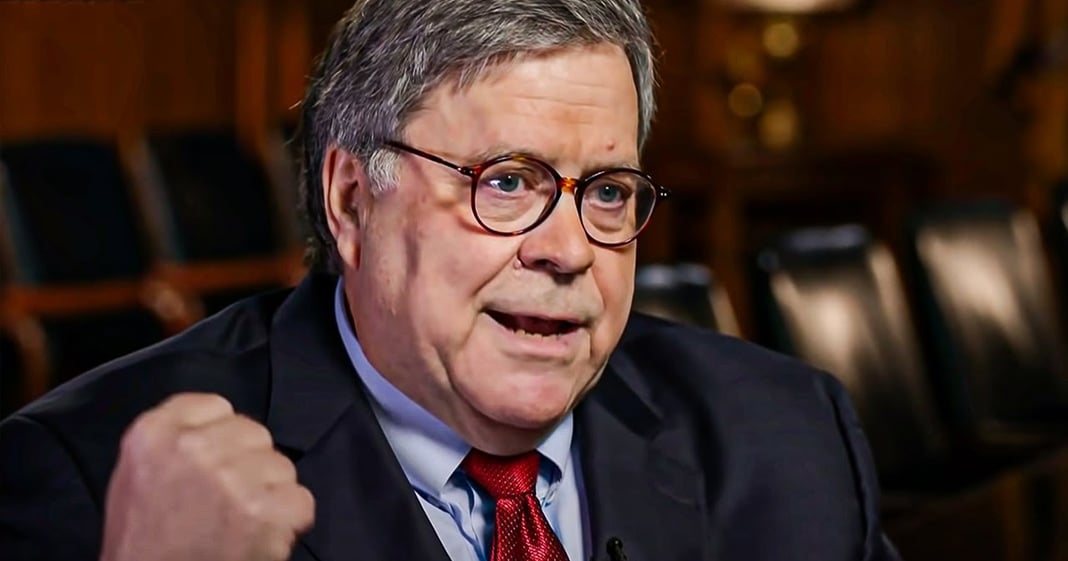 Reports have now indicated that Attorney General William Barr is the one who ordered the gassing of the protesters outside of the White House so that Donald Trump could go have his little photo op in front of a church. This isn’t surprising – Barr is the “top cop” in the country, so it only seems fitting that he would behave like the renegade tough-guy officers we’re seeing attack protesters all over the country. Ring of Fire’s Farron Cousins discusses this.

So we know now that the little photo op that Donald Trump had Monday evening in front of the St. John’s Episcopal church there in DC was orchestrated, it was the brainchild of both hope Hicks and Ivanka Trump. But the order to gas the protestors came directly, according to new reports, from attorney general William Barr himself. Here’s the backstory on that. Apparently on Sunday, Bill Barr had wanted the safe perimeter, the little safe space we’ll call it, around the white house extended by one city block. So on MondayBarr goes out there to inspect the expansion of the safe space only to find out that it wasn’t actually expanded. His DOJ employees did not do what Bill Barr wanted him to. So he then knew that this little photo op thing was coming up. Trump has giving his speech in the rose garden. So he gave the order, according to the reports, to go out there and gas the peaceful protesters in order to secure that additional one block that Trump and Barr himself who accompanied Trump on this journey, needed to be able to walk over to this Episcopal church came from Bill Barr, the attorney general of the United States himself.

Now I appreciate where you’re, where your heart is with these calls to resign, but please understand Bill Barr is not going to resign. You could release a video tape of him murdering people while also, you know, performing abortions and Bill Barr’s not going to resign. Even if every Republican in the country turned on him, Bill Barr would not resign. There’s nothing you can do. Please stop with the symbolic calls for Bill Barr to resign. What needs to happen instead is that people should be calling on democratic lawmakers to open an investigation into Bill Barr. Instead of pleading with him, how about we plead with the people who might actually do something about it? William Barr can in fact be impeached and I would say violating the first amendment rights of a group of American citizens is absolutely grounds for impeachment. But I guess in order to do that, you’d have to have a functioning house of representatives, which we haven’t had since April.

Nancy Pelosi needs to get Congress back in session. There is no more excuse for this. This has to happen, right now. Right now. And I know she had her little photo op later while she’s in her office reading from her Bible and, oh, that’s a cool story. Right? Another Epic clap back from Nancy Pelosi. Nancy Pelosi’s about as useless as Donald Trump is at this point. All they care about is trying to get these little zingers in on each other. These little clever, witty retorts. Yeah, the country’s kind of dying right now, both figuratively and literally, because we’re still in the middle of a pandemic and we still have killer cops out there on the streets. So maybe, maybe Congress needs to start doing its job and start addressing the problems that it can fix, like an attorney general who openly shat on the constitution on Monday evening. I’d say that’s a priority.