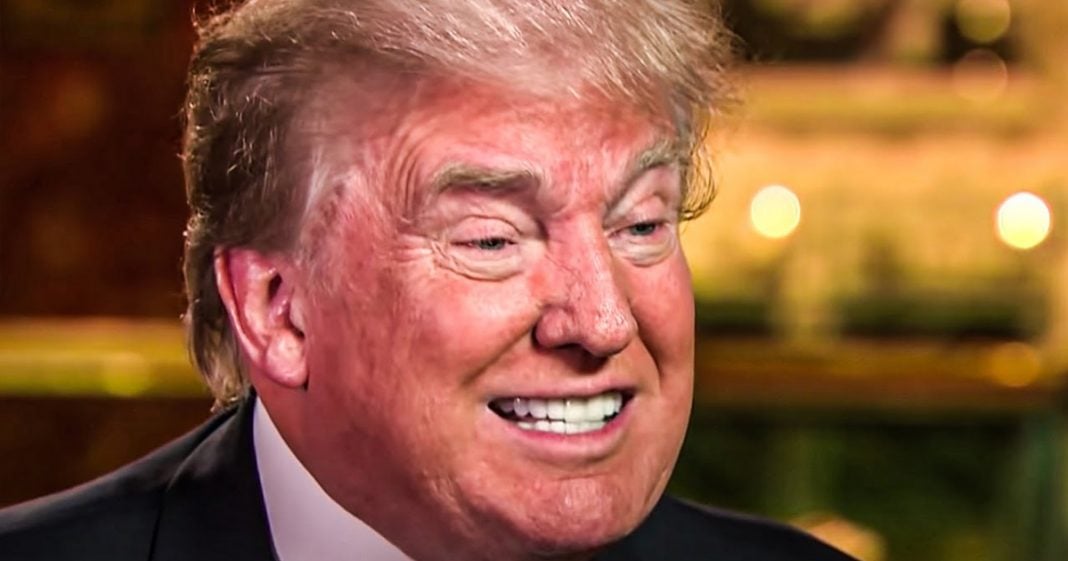 While a handful of Republicans in Congress are ready to take up arms and join in Trump’s militarized fight against protesters, the rest of the Republicans in D.C. want absolutely nothing to do with the President right now. They understand that he has botched the response to the current crisis so badly that it could be the final tipping point as we enter the final stretch before primaries and conventions. Ring of Fire’s Farron Cousins explains what’s happening.

You know, we have heard a lot from Donald Trump over the last 24 hours. We’ve heard from a couple Republican members of Congress who were right there behind him saying, yes, kill as many protesters as possible. But for the most part, Republicans from Washington DC, they’ve been rather silent and there’s a reason for that and the reason is because they want nothing to do with the psychotic statements coming from their colleagues. In addition to the completely botched response to what’s happening in this country from Donald Trump, because just like his coronavirus response, Donald Trump has in fact screwed everything up with his response to the nationwide protest and civil unrest happening in the country right now and Republican senators know it. So over the last couple of days, Republicans have attempted to distance themselves a little bit from Donald Trump. You have Republican senators, including Senate majority whip John Thune, Senator John Cornyn, Senator Pat Toomey, Senator Shelley Capito, Senator Susan Collins, Senator Cory Gardner and Senator Tim Scott.

All of these Republicans have all come out and said that what Donald Trump has done, what he has said and more importantly, what he has tweeted is in fact, not helpful. He needs to either stop tweeting or start tweeting out messages of unity. So what’s happening is that this handful of Republicans, some of them, you know, rather high profile Republicans, they’re trying to distance themselves from the president and from his talking points because they understand one, the gravity of the situation, but two, the impact it could potentially have on the election in November. Now here’s the interesting part of this, the effect this could have on the election, honestly, at this point, it could go either way, because it really does depend on what kind of media you’re consuming. If you’re consuming Fox news, Breitbart, daily wire, daily caller, all you’re seeing are headlines about looters, rioters, Antifa, if you literally consume any other kind of news, you’re not being scared to death by psychopaths that are telling you you’re going to die if you go outside.

So yeah, you know, we’ll see how it plays out. I, for one don’t think these protestors, the people in the streets are dangerous at all. The dangerous folks are the ones wearing the badges, the ones in the uniforms, the ones with the high powered weaponry that’s actually banned for use and more, those are the people that I would be terrified of and those are the people who started everything that’s happening in this country. And as I mentioned, Republicans do know that and that’s why they aren’t out there, all of them, making calls to murder Antifa members like Tom Cotton and Matt Gaetz have. Some other members of Congress have a little more sense than that. They’re not buying into that whole propaganda, but they’re not going to be able to do it for long and they’re not going to be able to do it forever. Eventually they’re going to have to actually take a side and we all know what side they’re going to take.

They’re going to take the side of the president, but they’re hoping this thing blows over fast enough to where they’re not going to have to change their statements. Yeah, we made a statement in the early days in the first week of this. So hopefully things just kind of died down a little bit. We’ll see where that goes. This is not the kind of thing that dies down. This was actually the kind of thing that had been boiling beneath the surface for quite some time. The murder of George Floyd allowed everything to finally boil over. That’s what happened here. So no, this is not going to go away. The criminal conviction of the police officer involved in this, the four of them, actually, that’s not going to make this go away.

There are deeper issues at play here, then just George Floyd. Now he is a huge part of it obviously, but it goes a lot deeper than that and it’s the deeper than that part that these Republicans are worried about because that’s the part that threatens their power. That’s the part they know they can’t win people over on and that is why they’re trying to call for unity right now as Donald Trump calls for meeting protests with military violence. That’s gonna make things so much worse. These Republicans know it, but they’re not going to be able to sit on the sidelines and condemn the president politely for much longer if this continues. That is going to hurt them in November.