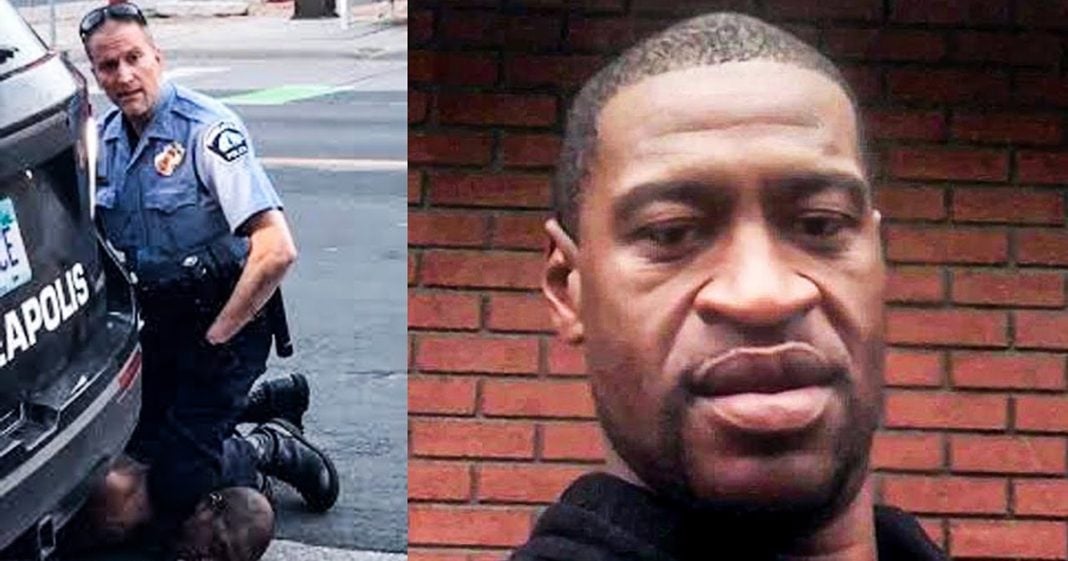 The president of the Police Officers Federation of Minneapolis, Bob Kroll, sent a letter to his union members on Monday emphasizing the talking point that George Floyd was a violent criminal. Kroll wants his officers to tell THAT story to the media, but it doesn’t matter. There is nothing that justifies the actions of the 4 officers who were involved in the murder, and any attempt to smear Floyd is only going to expose the disgusting behavior of these officers even further. Ring of Fire’s Farron Cousins discusses this.

Lieutenant Bob Kroll, the, president of the police officers federation of Minneapolis sent out a letter yesterday to all of the federation members. Essentially the union members of the police union there in Minnesota. Sent out a letter letting all his union members know that George Floyd, excuse me, the man murdered by Minneapolis police officers last week was in fact a violent criminal and according to Lieutenant Kroll, that’s the part of the story that the media is just not telling. They’re not telling everybody what a horrible human being George Floyd was. And Lieutenant Kroll is going to do everything possible to make sure that the four officers who were fired have the best legal representation imaginable. Because as Kroll says, these men were fired from their jobs without due process, which by the way, isn’t a thing when you’re fired from a job, you don’t get due process. Most States throughout the union actually have laws saying an employer can fire you and they don’t even have to tell you why.

Due process for being fired isn’t a thing. You would think somebody whose job it is to enforce the law would actually know what the law is, but he doesn’t. All he cares about and all that police union there in Minneapolis cares about along with police unions across the country is smearing a dead man to make a murderer look better. That’s what’s happening. You’re smearing a man that your officers murdered so that your officers look a little bit better. Here’s the thing, man. I don’t give a crap what George Floyd may or may not have done. Does any of it warrant being killed on the street by having a knee to your neck and slowly suffocating? The answer is no. And I have to imagine that if there was something really horrendous in George Floyd’s past, like if he was a cannibal, a serial killer, a rapist, a murderer, a pedophile, anything.

You know, did he beat his wife? Did he beat his dog? Did he beat his kids? If, if, if any of that was in his criminal history, wouldn’t that have probably immediately come out. I mean, isn’t that the first thing the police officers would have released and said, hey, hold up. Listen now, this guy was caught banging goats. But, but you didn’t because he wasn’t. And now a week later, you’re trying to change the story, trying to change the facts, trying to stick up for corrupt police officers because that’s all police unions are good for anymore. I know we here at Ring of Fire have talked about since day one, the importance of unions, well police unions, by the way, they’re exempt from that. Okay. These are not the kinds of unions that go out there and fight for better benefits and better pay and make the lives of everybody better. No, these are unions that fight for the protection of corrupt police officers and that is exactly what Lieutenant Bob Kroll is doing out there in Minneapolis by smearing a dead man to make a murderer look better.