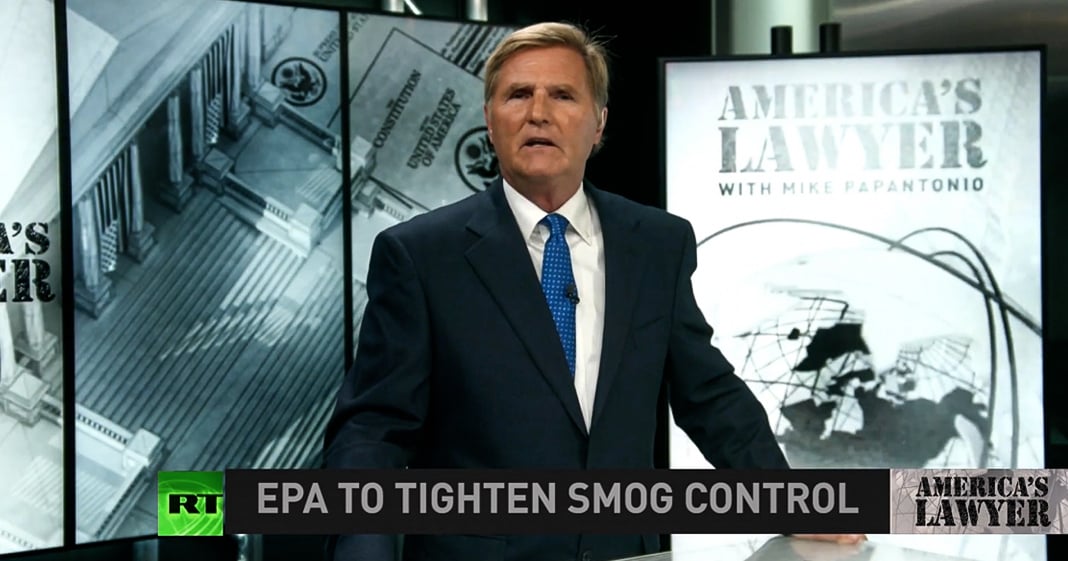 Finally tonight, some good news. A court of appeals ruled last week that the environmental protection agency wasn’t doing enough to combat the spread of air pollution across state lines. The clean air act has a section referred to as the good neighbor provision, which says that the federal government has to enact, they must enact a national standard for air pollution since pollutants in one state can travel across state lines. The States of Maryland and Delaware sued the EPA after the EPA refused to do anything about the out-of-state pollution that was traveling to each one of these States. Both States had filed petitions with the EPA to investigate the matter, but the EPA flatly refused to do their job, as usual. The court of appeals ordered that the EPA start doing their job, finally, something that the agency has never been willing to do, certainly in the last 15 years. But even the conservative Supreme Court has said that the EPA can’t get away with ignoring the clean air act. So corporations have to buckle up and get ready for a new round of enforcement.

That’s all for tonight. Find us on Twitter and Facebook @facebook.com/rtamericaslawyer. You can watch all RT America programs on Direct TV, Channel 321. Also, stream them live on YouTube and be sure, check out RT’s new portable app. You can watch all the programs, any area that you want, your favorite shows on that app. I Mike Papantonio, and this is America’s Lawyer, where every week we tell you the stories that corporate media is ordered not to tell because of the political pressure and because of advertisers telling them that they don’t want these stories told. Have a great night.