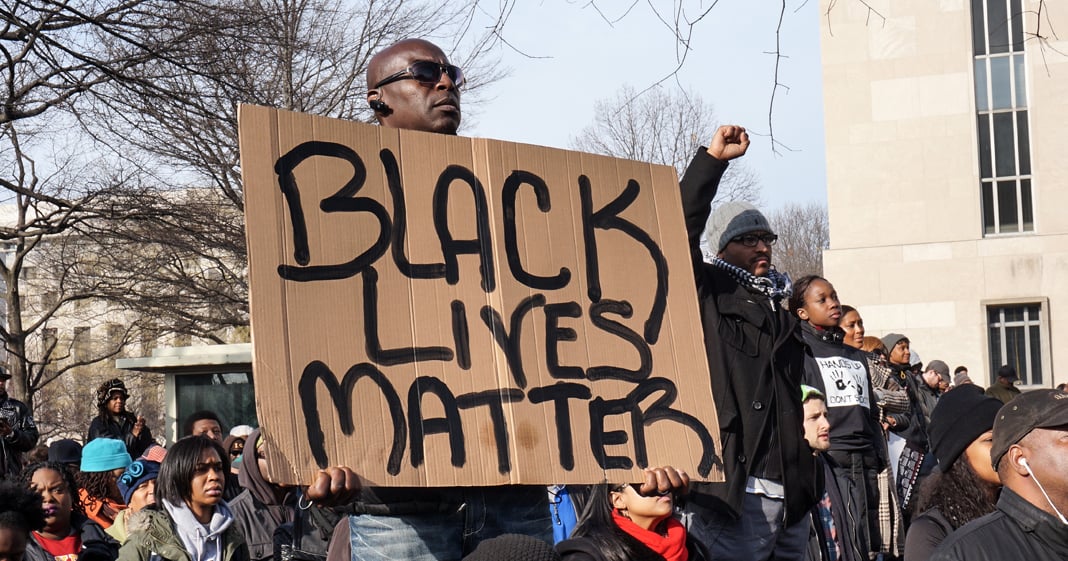 While many might be wondering “how we got here” with the ongoing protests and civil unrest throughout the country, the truth is that this situation has been a long time coming. The death of George Floyd was the catalyst (along with all of the other deaths of African Americans at the hands of the police), but the overflowing anger encompasses even more than most people realize. Ring of Fire’s Farron Cousins explains how we got here and why this was inevitable.

As we watch what’s happening in this country right now over the last few days, over the last week, the thing that I keep thinking and this is, you know, this is my opinion. This is my unfiltered unadulterated take on everything that’s happening right now, and it is that 100% of this was inevitable. I know George Floyd’s death, his murder at the hands of a police officer, Derek Chavin, that was the catalyst that sparked this. We have seen too many deaths of unarmed African Americans at the hands of police officers here in the United States for decades. This isn’t even a new phenomenon, folks. It’s just that now we’re able to record it. Now everybody’s able to see it. You don’t have to wait for it to come on the five o’clock news and maybe you didn’t watch it that night so you didn’t even know it happened. We see it in real time. We react in real time. That’s the only difference today. This has always been a thing. It’s just, we’re more aware of it now.

But of course certain communities, certain people, certain portions of demographics in the United States, they’ve always been aware. They have always known that this is a thing, this, this is a part of their life, a terrifying, horrible part of their life. But we, the rest of us who don’t have to worry about those things, who don’t have to worry about getting shot in the head if we get pulled over by a police officer, we don’t have to worry about being strangled by a cop while we’re walking down the street. So now suddenly we’re, we’re waking up to this and we’re seeing it and we have for several years, you know, with social media. But prior to that, this was something that truly, only these communities affected by it understood. And we still don’t understand it the same way they do and we never will. But what we need to be right now is empathetic towards this, and what we need to understand is that this is only a small part of that, that puzzle.

It’s not just the systemic racism that they face from police officers. They face racism every day in ways that we don’t even think about. There is environmental racism here in the United States where African Americans and other minority groups are far more likely to be exposed to higher levels of pollution than white people. That’s simply a fact. That’s the way things are. Economic racism where an African American is going to end up making less money than their white counterparts. Racism is systemic here in the United States, but for those of us who don’t experience it, we can never fully appreciate it or understand it. And that’s why when I say these things were inevitable, these riots, these protests, whatever you want to call them, these have been decades in the making, and we perpetuate that system by doing nothing.

Democrats, Republicans, whoever it is in power, they’re not doing anything. There is a massive leadership void in this country. And I know Joe Biden gave a nice little speech, that he posted on social media. He actually went out and met with some of these protestors on protest site. That is good. That is what a leader should do. Fantastic. Hell of a lot better than what Trump did. No question about it. Hands down. Whether you love Biden or hate Biden, you have to admit he did the right thing there. The question is does that absolve him of his past sins, the crime bill, what he did to Anita Hill? No, it does not and those are the things that play a role in what’s happening today. Those are the things that helped lay the foundation for what’s happening. George Floyd is not the cause of this, he is the catalyst. Kind of sped things along. What happened to him is an absolute tragedy and I hope his family gets justice and I hope that officer that did this, who by the way, this is not the first minority this man has killed. I hope that they put him away forever.

You can’t bring back the lives that this man took. Lives, multiple over his 19 year career, time for him to go away for good. He has got a pattern of behavior. He’s a murderer. But we cannot think that putting this one guy away solves these problems because next week it will be a different cop in a different city. Then it will be a different one. Then it’ll be a different one, and even if we stop the cops from killing all these unarmed black people, it’s going to be the environmental racism that’s killing them faster. It’s going to be the economic racism that’s killing them faster. If we do not address the systemic problems that we have in the United States, we’re perpetuating it. We either fix it or we just sit back and say, oh well. I moved that we fix it. But I’ll tell you this, we’re not going to fix it with the same old politicians that have been running the show for more than 30 years. They are part of the problem, not part of the solution.