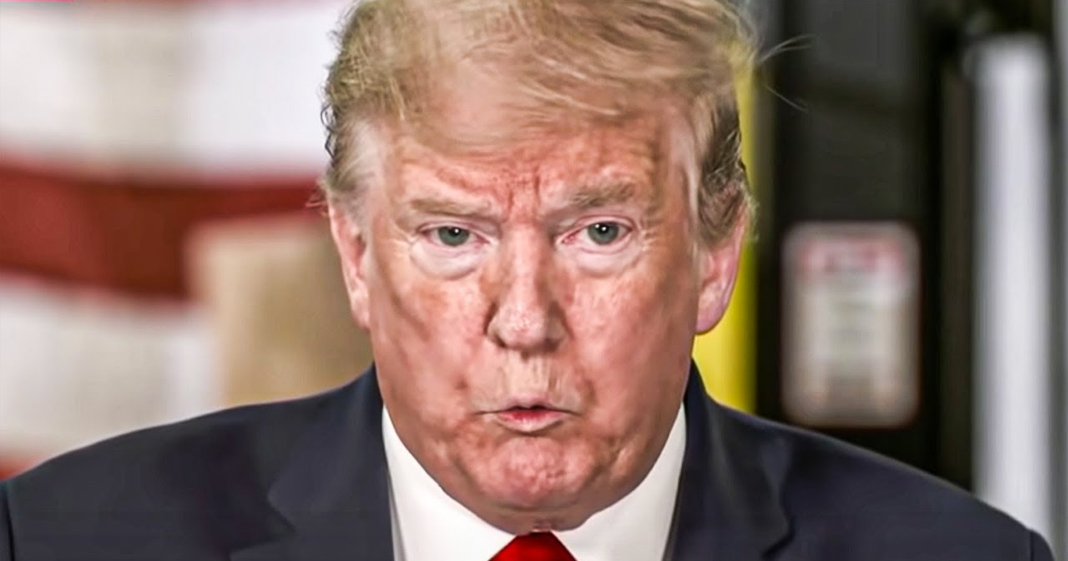 According to Trump Organization loan documents reviewed by ProPublica, the company gave two different numbers about their revenue when applying for different loans. The amount of the company’s revenue changed by $3 million – not a small amount for anyone. This could easily be what Michael Cohen had been talking about during his Congressional testimony, and Ring of Fire’s Farron Cousins explains why the bank records are the key to taking down this corrupt family.

According to a new report from ProPublica this week, for at least two years, the year 2010 and 2011 it certainly looks like the Trump organization, specifically Trump tower in New York City, lied about their yearly revenue in order to obtain refinancing loans for the tower. ProPublica knows this because they actually went through and saw the loan documents. You know, they, they saw what the company had reported as their income in both 2010 and 2011 and then they saw what they had reported as their income on refinancing loan documents and they found that on the refinancing documents said they made a lot more money than what they said on the original loan documents, which would allow them to get a bigger loan, a better rate, and would also 100% be bank fraud. According to ProPublica, in 2010, Trump tower first reported their income as $13.3 million.

Then on the second loan application for refinancing, they reported their income as $16.1million in increase of 21%. For 2011, the first loan document had their income as one, it doesn’t have the exact number, but then on the refinancing document, their income was suddenly 12% higher than what had been previously disclosed. Now some people out there might be thinking, well, maybe they miscounted some things. You know, maybe there was money that came in that they had forgotten about that was in a different account or that came in late but still counted as income. Those things happen, right? Well, according to the Trump organization itself, the reason for the discrepancy is because they, they had more or fewer, excuse me, expenditures than they thought. So it’s not that they missed money coming in, it’s that they over counted by 3 million, money that went out.

Now, I don’t know about you, but money going out of a business, of a bank account, that’s pretty easy to track, like down to the friggin penny. So their excuse makes absolutely no sense whatsoever. You know, missing money coming in or having money come in late after you’ve already reported, that’s actually common. But missing the amount, overstating the amount that you spent, that’s not. But again, this may not necessarily be on the Trump organization because ProPublica, as you may remember just about a month ago, uncovered all of these bank documents where the banks themselves were over inflating the net worth and the incomes of businesses in order to give them loans. This document was actually part of this ongoing investigation by ProPublica. So it could very well be the bank that overinflated the Trump organizations income for Trump tower. We don’t know yet, but we have to know, and this is one of the main reasons why that investigation in New York is so vital.

Why it is so important for Cy Vance to get his hands on the Trump organization’s financial records. These are the things that would be very, excuse me, easy to verify if we had these documents that the Supreme Court is going to be telling us whether we can or cannot get our hands on. There is very clear evidence or at least enough evidence to warrant a warrant, actually. But we got to have those documents. The investigators have to have those documents. There’s very clear evidence that bank fraud took place. We just need to know, was it at the hands of the bank or was it at the hands of the Trump organization? Somebody is going to get in trouble for this, but until the investigators get their hands on Trump’s finances, we’re not going to know which group it’s going to be.