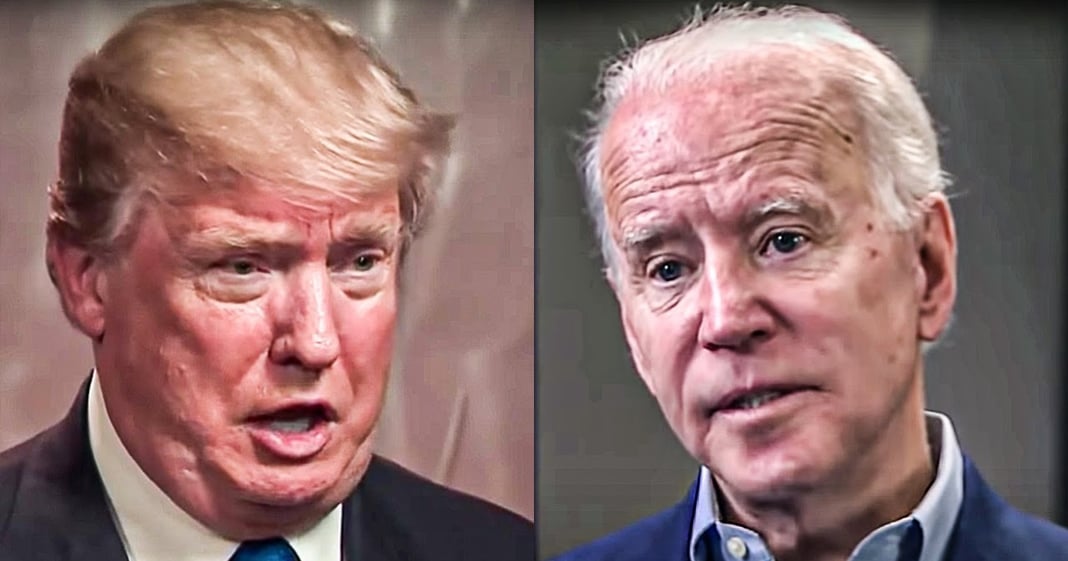 Things are starting to look really bad for Trump and his fellow Republicans, as Joe Biden now has an 11-point national lead over Trump. And on the one issue that Trump had always remained steady with – handling of the economy – a majority finally no longer say that they trust him. All the numbers are bad for Trump, but can Biden keep riding this high for the next 6 months? Ring of Fire’s Farron Cousins discusses this.

The latest round of polling data has to be terrifying for Donald Trump because what we saw this week was Joe Biden open up a double digit lead over the president. Joe Biden now has an 11 point lead, according to the latest polls, over Donald Trump nationally, some States including some swing States, Joe Biden also currently holds double digit leads. Other swing States, very close, a little too close to call, but again, nationally, 11 point lead for Joe Biden. That’s a, that’s pretty remarkable considering that just a few months ago, these two were neck and neck. Obviously there’s a big reason why these numbers have shifted and the answer is coronavirus. We all know that. We know that this is why Joe Biden is flourishing right now. Him not going out in public and talking and saying crazy things is also helping Joe Biden. Trump not being able to go out and hold his big massive rallies.

Maybe that’s hurting Trump’s campaign. Maybe it’s not. It didn’t really help his approval rating ever, but his handling of this crisis has shown the public just how incompetent he truly is. There’s no denying it. There’s no hiding it. It’s all out there for us to see in plain sight. But the question is, is this sustainable for Joe Biden? These numbers look great right now. Can he weather the storm? We have six months. It’s depressing to have to say that out-loud but there’s six months until the election. Actually a few days over six months. So is Joe Biden going to keep this double digit lead for six straight months? Nope. Because eventually he’s going to have to go out there and do some public events. That’s just the way it is. Even in the middle of a pandemic, Joe Biden’s going to have to go out there and give speeches.

He’s going to have to go out there and talk policy. He is still going to be confronted with the allegations from Tara Reade, allegations which he has not yet come up with a very good response for. I know he has responded, but let’s be honest, that was not a good response. He kind of set the response up to fail actually by saying if the Senate has these records, go ahead and release them, knowing damn well the Senate can’t actually release them. Nevertheless, that’s something he’s gonna have to address. There’s going to be debates. Donald Trump, absolutely, even though he’s hinted in the past that maybe I’ll sit out the debates. He doesn’t want to sit out a debate against Joe Biden. He wants to that opportunity to not talk policy but to just sit there and mock and demean Joe Biden. Biden on the other hand is going to fall under the trap of only responding to that, not talking policy and it’s going to be a pissing match back and forth.

So yeah, these polls are going to get wildly different as time goes on. But if the pandemic continues, I don’t see Trump recovering from this. If we get a second wave of infections that comes in September or October, that’s the end for him. Right? Because this is happening on his watch. So Trump could be a one termer but I also think even though the public is leaning towards Biden right now, if he becomes president and does nothing other than stops the annoying tweeting from the presidency, you know, returns to normalcy as he’s promising to do, that’s not good enough. He’ll also be a one termer. You look at what’s happening in this country right now, people are pissed. They’re pissed about lots of things at this very second right now happens to be police brutality. But let’s not forget how horrid police brutality was when Biden was part of a administration.

What did they do about it? Those are questions he’s going to have to answer and those are things that could absolutely hurt his poll numbers because the answer is nothing. They did nothing. They did nothing and let’s not forget that. Is Joe Biden better than Donald Trump? Of course he is. There is no question about it. I don’t buy into the, they’re both the same. That’s an ignorant and lazy statement to make. Is Joe Biden a good candidate? Nope. Not at all. Not at all. So he’s got issues. He’s going to deal with, but again, the news of the day, he’s winning in the polls right now. He is benefiting from not having to go out in public. That’s why his numbers are getting so much better. They’re going to go down once he has to start going out there and is forced to answer some really tough questions he’s not prepared to answer. But as it stands right now, Donald Trump is destroying himself by exposing his own incompetence, but that’s only gonna last so long. Trump is not going to sink himself and just let Joe Biden coast to victory. Eventually Biden’s gonna have to do something to actually start earning votes other than simply not being Donald Trump. Yeah, that wasn’t enough for Hillary. It’s not going to be enough for Joe either.