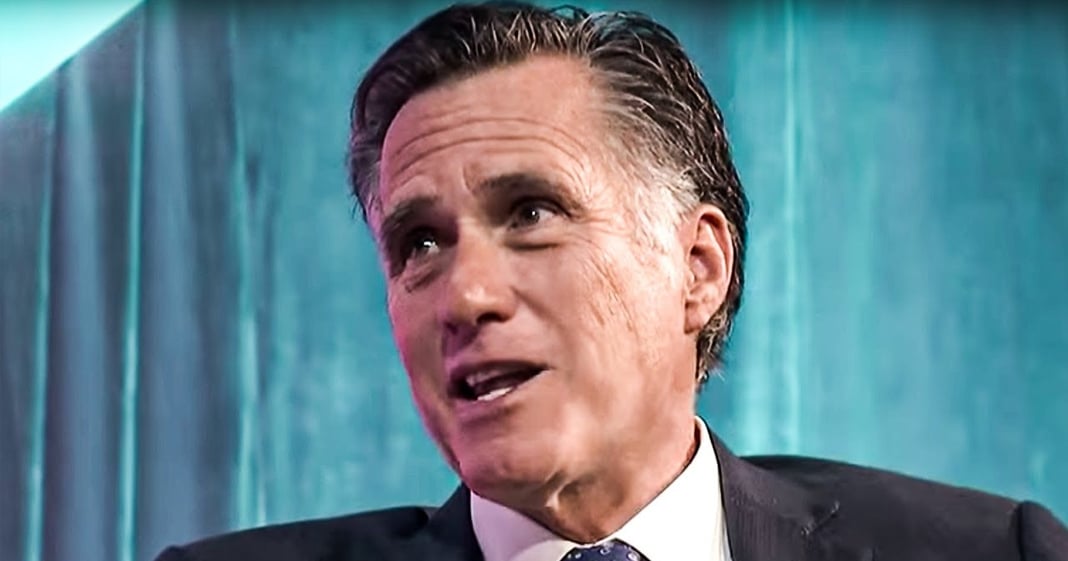 If the Democrats’ bill was bad, then whatever we are going to get from Republicans will undoubtedly be worse. Not only does history tell us this, but Republicans are letting us know right now that this is what they intend to do. Republicans are hellbent on cutting both Social Security and Medicare as part of the next round of stimulus spending, and Mitt Romney is leading the way. Ring of Fire’s Farron Cousins discusses this.

Republicans in the Senate have made it clear that they do not care about the suffering of American workers. Even as more than 40 million Americans have lost their jobs in the past nine weeks, Republicans in the Senate simply don’t care. They’ve made it clear that they do not want to send out another round of stimulus checks. They want to cut the unemployment extension that people like Bernie Sanders had worked through the Senate and now their latest plan is if there is another stimulus package, they are going to use that to cut both social security and Medicare and they’re going to do it based on a plan put forth by Mitt Romney last October. A bill by Romney that by the way has 10 co-sponsors, five Republicans and five Democrats and the overall plan is to cut social security and Medicare. Here’s how Romney’s legislation works. This has come up in recent Senate meetings and this is what they want to put in any future stimulus package.

It’s called the trust act and what it does is it allows the treasury to go ahead and identify any government programs, which would probably all be social safety net programs, that aren’t exactly solvent by the Treasury’s own accounting. So then Congress would be able to appoint their own little emergency group to oversee that particular insolvent program and whatever they decide on how to make it solvent would immediately essentially be enacted. So if you have a Republican controlled Congress, the Republicans get to appoint the committee, and it’s gonna be led by Republicans and of course they’re going to vote to cut the program. Right? Oh, we don’t have enough money for it. Well let’s just cut out how much it gives, problem solved. And that’s what they want to do with the next round of stimulus. Should a next round of stimulus actually happen. This is something that Republicans have wanted for a very long time. All the way back to the Bush administration, at least, you know, since I have been covering politics, Republicans have had their eyes on social security. They want to cut the program.

The question is why? That to me is the part that’s never really made any sense. The motive here. We know they want to do it. They have said they want to do it. They have put forward bills like what Romney did here who, and I got to go on another aside here. Romney was heralded as a hero because he voted to impeach Trump. I told you then stop acting like these guys are heroes just because they hate Trump too and here’s exhibit A. Because while y’all talking about this man being a hero, he was trying to cut social security behind the scenes. You all look like damn fools now. But the motive, right? Let’s get back to that part. What is the motive for cutting social security? Why does that matter? It’s not like it’s going to give you any more money for war or more money for tax breaks. Like you, you have those things already. So why are you pushing to cut the money for elderly people here in the United States? That doesn’t make any sense. It truly does not. Nevertheless, they want to do it. They’re going to continue to push for it.

Even during a pandemic. That’s what’s so sad. That’s what’s so pathetic now, is they can’t even put their goals away of gutting the social safety net in this country as a hundred thousand people have died. More than 40 million have lost their jobs. The only thing Republicans think about is cut, cut, cut slash and burn, screw everybody that’s not a member of the 1% because screw them. That’s why. That’s the motivation. It’s not because it gives them extra money to go play around and do fun things like start more wars. It’s because I truly believe the Republican party has a genuine hatred inside of them for anyone that isn’t rich.