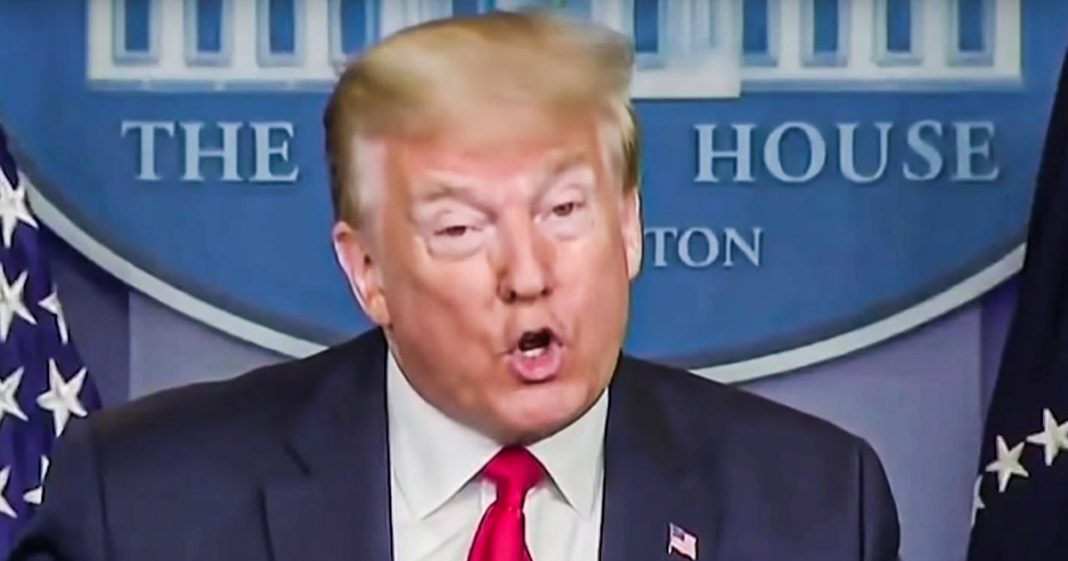 On Thursday, Donald Trump told reporters that voting fraud was so easy that even children could do it. And, according to the President, children all over the country are engaging in voter fraud. There is no truth to this whatsoever, but Trump desperately needs something to distract the public from racist police officers and Constitution-violating executive orders. Ring of Fire’s Farron Cousins explains what’s happening.

So yesterday, while Donald Trump was talking to the press before signing his clear violation of the first amendment, he was asked a question by a reporter about mail-in votes. Right? Voting fraud that he says is so rampant with the vote by mail, even though he votes by mail and even though many other members of his administration have also been voting by mail, some of them for over a fricking decade. It’s good enough for them, but it’s not good enough for anybody else and Donald Trump explained why, it’s because the kids, the damn kids everywhere in this country. They’re stealing the ballots and they’re voting, I guess, and they’re some types they’re printing their own ballots and God, I wish I was making this up, but these are actually the things the president said. Here’s the exact quote from him. Kids go and they raid the mailboxes and they hand them to people that are signing the ballots down at the end of the street, which is happening.

Okay, so the president’s crazy, right? I mean, can we just all finally agree with that and not take offense to that statement because he is, the man is insane. He needs to spend the rest of his days inside a padded room where he cannot hurt anybody, where he cannot have access to Twitter. He won’t have access to reporters or any kind of media because the man’s just flat out crazy. That’s not happening. There are not children running around the country taking ballots out of people’s mailboxes and turning it into the commission down the street for voter fraud. They don’t have the special paper to print out ballots. Are you kidding me? You created a voter fraud commission to find out if any of this was happening because by God you wanted to prove it. You put together a group of Republicans who also claimed voter fraud was so rampant. So these were people, if voter fraud was happening. They were gonna say it was happening.

If they could even get away with making it up, they would’ve made it up. They didn’t do either of those things because they couldn’t because it’s so rare in this country, except of course, when it happens with Republicans, because for the last few years, the only cases of voter fraud we’ve found have actually been happening with Republicans. In 2016 four counts of voter or four cases of voter fraud in the national election, three of them were people trying to vote for Trump twice. One of them was a poll worker in Miami filling in somebody’s ballot for mayor. And then of course you had the issue in North Carolina with the Republican operative stealing the ballots and changing them to go and vote for the Republican nominee. So yeah, it always helps out Republicans. That’s why you guys don’t report on it and you have to resort to crazy conspiracy theories about children somehow caring enough about the future of the government to go and harvest ballots. Trump’s lost his damn mind and at this point, so has anyone who thinks he’s doing a good job as president.