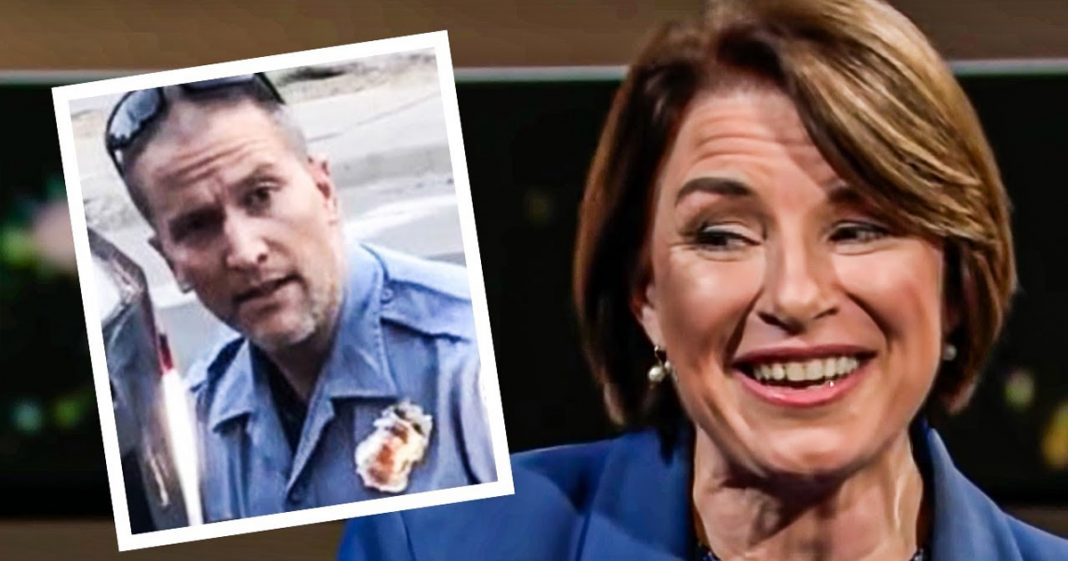 Democratic Senator Amy Klobuchar watched as her future political ambitions went up in smoke this week after it was revealed that she declined to prosecute the officer who killed George Floyd. While she was a prosecutor in Minnesota, Klobuchar apparently had the opportunity to prosecute multiple different instances of excessive force by police officers, but failed on every occasion – including the officer who killed Floyd this week. Ring of Fire’s Farron Cousins discusses this.

Democratic Senator Amy Klobuchar saw her entire career go down in flames this week, including any future political aspirations she may have had when it was revealed by the Guardian that Amy Klobuchar is the prosecutor who many years ago refused to prosecute the police officer, the one in the picture with his knee on the neck of George Floyd. Amy Klobuchar when she was the County prosecutor for Hennepin County over there in Minnesota, refused to prosecute him when he killed somebody else. Which by the way, that wasn’t the last time he killed somebody. George Floyd wasn’t the only other person he killed either. This guy, apparently according to the records, what’s his name, Derek Chauvin, had killed multiple people. Had been up for investigation multiple different times. He has a history.

There is a very clear pattern of death surrounding this particular officer and Amy Klobuchar could have had him cold, could have stopped it. Could have saved lives, definitely would have saved George Floyd’s life. Definitely would have saved the life of another native American man that Derek Chauvin also killed and was investigated for. But they decided not to bring charges against him. The man’s a killer. The man has a pattern of ending other people’s lives. That is clear and that is indisputable and when you’re trying to make a case, like in a criminal case, trying to say that, yeah, this guy’s guilty as hell, what you do is you try to establish a pattern. Well, I think that’s pretty goddamn easy to do with the case of Derek Chauvin here, but Amy Klobuchar is the one who decided not to do it. George Floyd’s death is now to a small degree, but the establishment is there nonetheless, Amy Klobuchar’s fault. That’s established folks. I’m sorry, I don’t care if you believe in the Klobmentum. I don’t care if you think Amy Klobuchar is eventually going to be president of the United States. I can tell you right now she’s not. She’s not going to be vice president of the United States and I will confirm 100% right this very second that if George, or Joe Biden chooses her as his running mate, I will not vote for him. I’m on the fence right now, to be perfectly honest, but if he picks Klobuchar, I am done. I’m done with the democratic party. I am done with everything. If they ever give Amy Klobuchar even a sliver of power from this point forward, I’m done and I’m done forever. That’s how serious this is. This is on Amy Klobuchar. She could have gotten this guy off the street. She could have gotten him off the police force. She could have put him in a situation where he couldn’t kill people anymore, but she and many other prosecutors along the way made the decision to not do that.