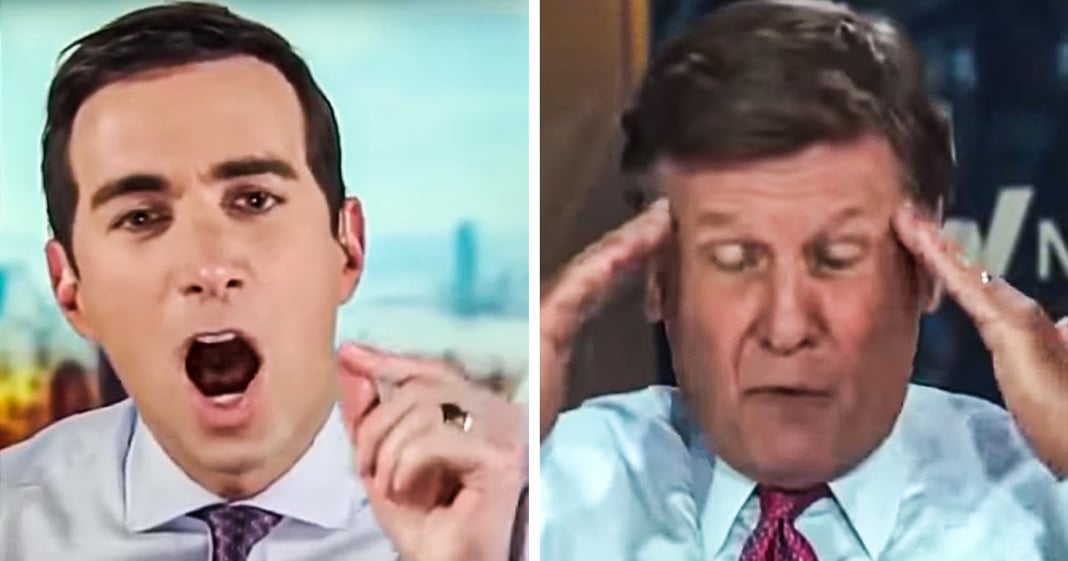 CNBC host Andrew Sorkin has had enough of co-host Joe Kernen’s stanning for the President, and the tensions boiled over this week as Sorkin called out Kernen for not caring about the 100,000 dead in America from Covid-19 and only being concerned about covering for Donald Trump. The exchange is one that many Americans would like to have with those on the Right, as Ring of Fire’s Farron Cousins explains.

Well, tensions boiled over yesterday on CNBC’s program squawk box between hosts, Andrew Sorkin and Joe Kernen. You see, yesterday the United States hit a grim milestone. We passed 100,000 deaths from Covid 19 on American soil and squawk box host Sorkin was unhappy about that, but cohost Kernen didn’t seem to care. All he wanted to do, according to Sorkin, was defend his good buddy Donald Trump. Here is the very heated exchange that took place on the air yesterday.

Andrew Sorkin: Go ahead with the news.

Andrew Sorkin: Joseph, Joseph, you didn’t panicked about anything.

Joe Kernen: Why not, why not help people keep their head? I understand that.

Andrew Sorkin: A hundred thousand people died, Joe, and all you did was try to help your friend, the president.

Now it’s probably pretty obvious which side I would take in this argument, right? I’m, I’m more of the, the Sorkin kind, you know, calling the people out for not caring about any of this, not being concerned, trying to defend the president’s actions and I think a lot of people obviously who, who regularly watch our videos are on the same page. Right? President has done next to nothing to actually do something about this massive problem that we have in this country. Instead, he’s undoing the very few things that we as a country have done so we can open back up and the economy can get running again and he can possibly win reelection. Here’s the problem. There are too many other people in this country like Joe Kernen. People who want to downplay everything. People who want to call the rest of us alarmist. They’re a minority, a very, very small minority to be honest, according to polls. But they do exist and so this argument that took place yesterday on this show, from that clip you just saw, the reason I, I was kind of drawn to it is because it wasn’t just the argument between these two men.

It wasn’t, you know, just because it was on national TV. It was because this is the argument that is happening all over this country right now. This is an argument that’s happening on social media. This is an argument that’s happening probably in the comments to this video. This is an argument that’s happening with families, with friends all over the place. Do we continue to take this thing seriously or do we just say whatever happens, happens, say lovey, right? I am firmly in the camp of no, let’s take the protective measures. My life is not going to be risked for somebody else’s business to flourish, I’m sorry, it’s not. My wife’s is not either. Neither are any of my children’s lives going to be risked for that. We’re not going to do it. You may think differently and if you’re willing to go out there and risk your own life, fine problem is you’re not just risking your own life. You’re risking the lives of other people who have to go out there.

The people who don’t have the choice or don’t work for a company that said, you can get your full pay and work from home. That’s what I’m doing. You know, I’m still doing my regular job every day, all day and no, believe it or not, folks, it is not this. But that’s the point. The argument that these two men had could have been between any other two people in this country. It’s heated. There’s anger. But we need to understand where our anger should be directed. Should it be at, oh, the economy’s not very good. I’m angry. Or should our anger be better directed at the fact that a hundred thousand American lives have been lost because at nearly every level of government, we’re just led by incompetent. Buffoons.