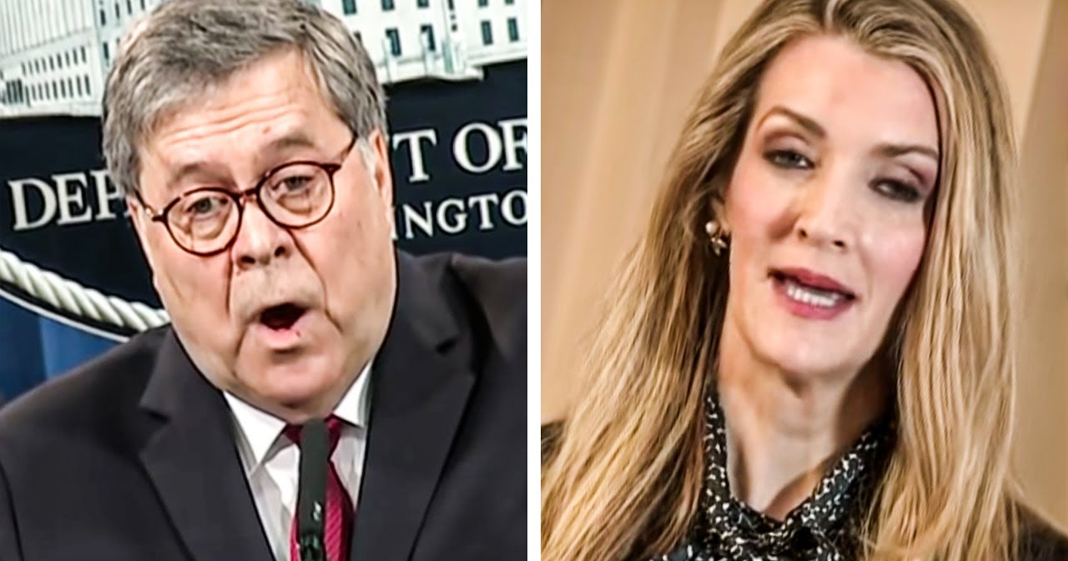 Republican Senator Kelly Loeffler and her husband Jeff Sprecher might have received the ultimate gift from the Trump administration’s Department of Justice, as the DOJ has announced that they will NOT be pursuing insider trading charges against Senator Loeffler. This is a miscarriage of justice, as Loeffler CLEARLY violated the law in this instance, and it is likely that her husband did, as well. Ring of Fire’s Farron Cousins explains the DOJ’s decision and why it was made.

In complete and total bullshit news of the day, the US department of justice has decided that they are not going to be continuing the insider trading investigation against Republican Senator Kelly Loeffler. They’re done with it. No charges are going to be filed. Kelly Loeffler is free to go. If you have not been following this story, here is what happened months ago. We found out that many Republicans and a few Democrats as well, who attended an intelligence briefing before the pandemic hit the shores of the United States. They were warned specifically how bad things could potentially get here in the United States. Many of these people left the meeting and then immediately started selling off stocks. And in the case of Loeffler, not just selling off stocks, but Loeffler is unique because she also purchased new stocks and she purchased stocks in companies that specialize in teleconferencing software. You know, the thing that’s really taken off since everybody in this country has essentially been forced to work from home. So not only did she sell off stocks that she knew were going to fail, but she managed to buy stocks in companies that went through the roof and the DOJ looked at it and said, I don’t see anything wrong here.

Have a wonderful day ms Loeffler tell your husband we said hello. And the reason I mentioned her husband, Jeff Sprecher is because he happens to be the CEO of the New York stock exchange who at the same time Loeffler was selling off her stocks, he sold off his as well and he sold off some of the holdings of the New York stock exchange itself to save them some money at the exact same time. Likely for the exact same reason. These two individuals, based on the available evidence, it is very clear that there was some impropriety happening here. Was it full blown criminal insider trading? Personally, I believe that, yes it was. That is my personal opinion that these two absolutely broke the law. They knew they were breaking the law and they conspired together to do it. So there should be multiple charges already filed against both of these two.

In my opinion, this is very clear. You don’t need Sherlock Holmes to crack this case. All the evidence is right there. She attended the meeting. She sold the stocks that were going to tank and bought the stocks that were going to do well. Went home, clearly told her husband. He then did the same thing. They made lots of money, didn’t lose any money in the crashes, and everything’s okay. So why in God’s name is the DOJ dropping this investigation? If your answer to this is, well, because she’s a Republican and Trump’s DOJ isn’t going to, no, no, no let me stop you there, they’re still investigating Republican Senator Richard Burr. Like, they haven’t dropped his investigation. So why that Republican but not this one? Well, I think it has something to do with the fact that Sprecher is, as I mentioned, the CEO of the New York stock exchange. Loeffler is the wealthiest Republican Senator or wealthiest Senator actually, in the United States Senate.

Oh, and by the way, her husband just gave a million dollars to a pro Trump Super PAC a couple of weeks ago. I think that’s what did it. I think that is what sealed the deal and I think very clearly that the DOJ, which at this point is just an extension of the West wing itself. Donald Trump has politicized every bit of it. I think they saw that because I think Sprecher wanted them to see that and they said, we hear you. We got you loud and clear. We’re going to make this go away. I have little doubt in my mind that that is exactly what happened. The evidence was clear. We know what Loeffler did. We can speculate at this point about what she told her husband who then did the exact same thing she did. This isn’t rocket science. This isn’t some great big mystery that we need the Rosetta Stone to reveal. No, no, we don’t need it translated that way. We know what happened and it is complete and total bullshit that the DOJ has dropped this investigation against this woman who very, very clearly based on what we know is guilty of insider trading. But unfortunately with no prosecution, with no charges even filed, she gets to go scot-free. She is in the eyes of the law. Not a criminal, not guilty of anything. So it’s up to the voters in Georgia to make sure that this woman gets kicked out of office forever.