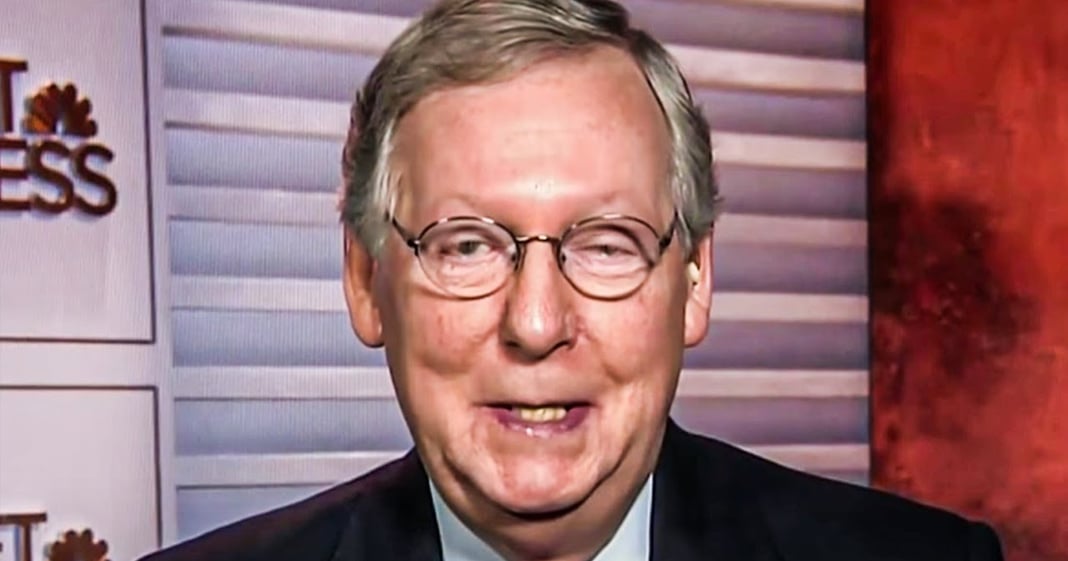 In every single state except for one, Mitch McConnell has a net negative approval rating. The dissatisfaction that the public is showing towards the Republican Senate leader is bad news for Republicans as a whole as they desperately try to maintain control of the Senate. Everyone thought that it was going to be Donald Trump’s negative approval ratings that cost Republicans the Senate, but now it looks like the public is just tired of general incompetence. Ring of Fire’s Farron Cousins explains what’s happening.

Trump’s only been doing it for more than three years. McConnell’s done much worse and McConnell will continue doing worse after Trump leaves office. So Democrats need to get on this messaging. Everybody hates Mitch McConnell. Pelosi’s approval rating is far better than McConnell’s, yet they still to try, try to tie every Democrat to her. Democrats do the same with McConnell. They’ve given you the playbook, they’ve shown you how to do it with what they’ve done to Pelosi and every other Democrat. Do it to them with McConnell, it’s super easy and it would be super effective. The public understands that Mitch McConnell is the villain here. All you have to keep doing is gently reminding them of how horrible McConnell is and how every Republican is subservient to McConnell. It’s an easy enough strategy and given the current poll numbers, that might be the best way for Democrats to take back control of the Senate.