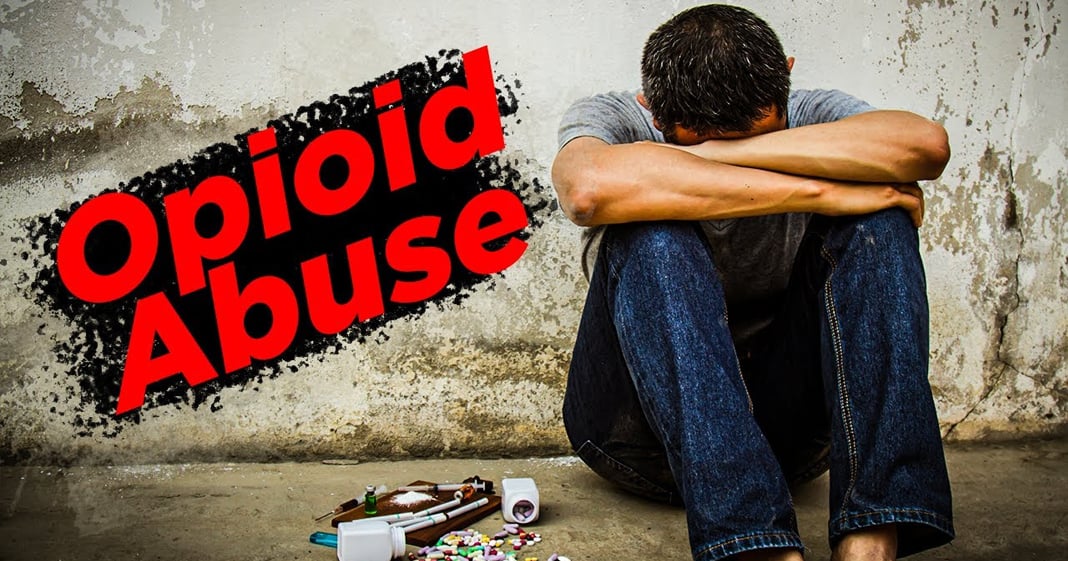 Employees at a drug distribution company, AmerisourceBergen, sent around an email containing a parody song about opiate-addicted Americans traveling to Florida at the height of the opioid epidemic to get more pills. This information was found in the internal documents of the company and released as part of the ongoing litigation against opioid manufacturers and distributors. Ring of Fire’s Farron Cousins explains what’s happening.

According to internal documents that have been obtained as part of a lawsuit against a major drug distributor as part of the opioid lawsuits, employees at this massive drug distributor, AmerisourceBergen, back in 2011 were emailing back and forth a parody song mocking the victims of the opioid epidemic here in the United States. These were the people, by the way, these victims that were being mocked by these employees in these internal emails, these are the people who were targeted by these companies, by both the opioid companies and the drug distributors. These were addicts, addicts, that big pharma created. They knew this would happen. Their documents show that. They knew people would get addicted to this. They knew they were flooding the market with these pills, and then they have the audacity after they’ve made literally billions of dollars from it to mock these same people.

Now, here’s what happened. Again, this was in 2011 and the song that they were passing back and forth was a parody of the Beverly Hillbillies theme song and they called it Pill Billies because, you know, they’re addicted to pills. And that’s funny because we sell the pills. Oh, it’s hilarious, isn’t it? And what they were mocking was the fact that many of these people who no longer could get the pills in their own homes, their own towns, their own States would all end up traveling down here to Florida because Florida was a lot more lax with it. Right. We didn’t necessarily care. We didn’t put limits on it. We just said, Hey, come on down and get your oxycontin and then head back up to your, your home state. And that was under the governorship of Republican Rick Scott, by the way. And he’s mocked in the song as well because they knew the employees at AmerisourceBergen knew what Florida was doing.

They knew they had friends down here who are going to help protect their profits. Those Republicans that to this day still control our state, but they were mocking this at a time when tens of thousands of people were dying every year. Tens of thousands of people are still dying every year from these addicts that these drug distributors and the opioid companies themselves created. These are people who otherwise would not have become addicted to these things. These were not hard drug users. They were people who had avoided that their whole life. Normal, average, everyday working people, but through whatever, you know, a surgery, an accident, whatever it is. They had to start taking these pills for pain and then they became addicted and then these normal people regular again, every day average successful people became addicts and they traveled along what the industry knew was called the Oxy express.

You know, the pill highway essentially, which is where these addicts would travel, going back and forth, getting pills from different areas, different cities, different States, and the distributors knew that it was happening there. These people at AmerisourceBergen knew that it was happening there because that’s where they were sending all their pills. They would send, you know, millions of pills to a town of just a couple hundred people and then short time later have to send more pills because they were all gone. They knew that these, you know, a few hundred or even a few thousand people in this city weren’t taking those millions of pills. They knew what was happening. They knew it was lining their pockets. They knew they were getting huge bonuses from it. They didn’t care and that’s why they sent this out. I, I guess I’m gonna read this song and maybe I’ll do it, I guess, in the tune of Beverly Hillbillies.

They’re all invited back again to this locality to have a heap and help in a Florida hospitality, pill mills that is. Buy some pills, take a load home. Y’all come back now, you hear, and that’s just again, a tiny snippet of this. But here’s the thing. This was uncovered in their personal emails at AmerisourceBergen in 2011. We only know about this because it was revealed through the lawsuits that by the way, Mike Papantonio here from Ring of Fire is actually handling this specific case that we’re referring to today. So he, he knows this issue better than any body else, and we’ve got a lot of other great attorneys across the country doing this, who, who also by the way, do know it exceptionally well. But these are talented people who are uncovering the truth out there and if it wasn’t for their work, we wouldn’t know what’s happening. We wouldn’t have documents like this. We wouldn’t see the heartlessness coming from this industry because that is exactly what this represents. This is how they view you. The question is, once this is all over, how are you going to view these companies?