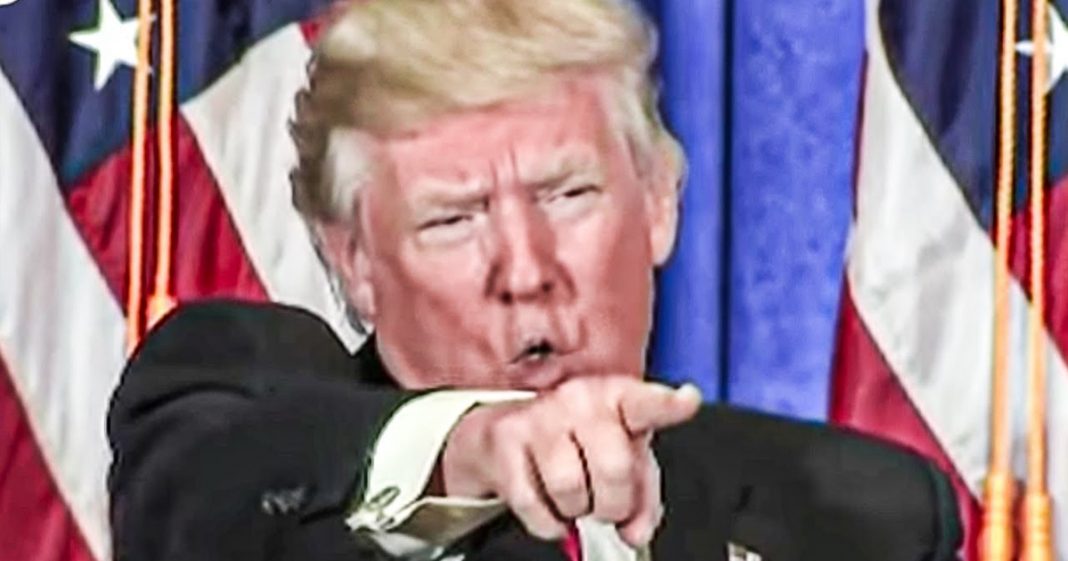 Donald Trump is threatening to pull the GOP Convention out of Charlotte, North Carolina if he isn’t allowed to have full attendance. There is no sign that the pandemic will be over by this time, and having full attendance at the convention could very easily mean the infection of tens of thousands of Republican politicians and loyalists. But that doesn’t matter to Trump, and Ring of Fire’s Farron Cousins explains why.

On Monday, Donald Trump threw another temper tantrum on Twitter when he essentially threatened to cancel the Republican convention for Charlotte, North Carolina coming up in August, if the democratic governor of North Carolina did not lift restrictions on how many human beings can be packed into the same facility during the pandemic. Because currently that number is 10. 10, 10 People allowed in the same indoor facility right now in North Carolina as part of their, you know, social distancing stay at home order and the Republican convention was expecting roughly 50,000. So pretty, pretty, pretty over the limit there. And Donald Trump finally realized this, I guess, and he threatened to pull the convention if the governor did not abide by Trump’s rules. Here’s what Trump had to say on Twitter. He said, I love the great state of North Carolina so much so that I insisted on having the Republican national convention in Charlotte at the end of August.

Unfortunately, Democrat governor Roy Cooper is still in shutdown mood and unable to guarantee that by August we will be allowed full attendance in the arena. In other words, we would be spending millions of dollars building the arena to a very high standard without even knowing if the Democrat governor would allow the Republican party to fully occupy the space. Plans are being made by many thousands of enthusiastic Republicans and others to head to beautiful North Carolina in August. I love the way he kisses ass all through this. Like I love you, North Carolina, you’re beautiful. Piss off. Um, they continue. They must immediately given an answer by the governor as to whether or not the space will be allowed to be fully occupied. If not, we will be reluctantly forced to find with all of the jobs and economic development, it brings another Republican national convention site. This is not something I want to do. Thank you and I love the people of North Carolina.

I agree with Trump. I agree that the democratic governor of North Carolina should immediately and irrevocably commit to allowing 50,000 people inside that convention center for the Republican convention. Hundred percent standby that absolutely want that to happen. Why? Because I know exactly what would happen because I’m not a moron. The virus would spread like wildfire because that’s literally what’s happened in every place where we have had large gatherings of human beings since April, and the president knows this, he understands it, he sees it, but what he can’t stand to see is a half filled arena or a sparsely filled arena with people six to 13 feet apart. 13 is actually the number they’re saying as opposed to six. But anyway, he don’t want to see that. It’s going to hurt his ego.

So this man would literally rather kill or potentially kill thousands upon thousands of Republican voters, countless Republican politicians, Republican vendors, members of the Republican media. He would gladly have you die so that he doesn’t have to look out on a half filled arena. This is your guy, right? This is the guy you’re choosing. He is literally willing to kill you to feed his ego and you every single person that votes for him, every single person that stands by his decision, his little temper tantrum here, you’re a part of that too. You’re the sacrificial lamb, but you’re happy to be the sacrificial lamb. This is, this is psychosis. You are all sharing one big psychosis and I think most of you realize that. The fact of the matter is, you just don’t care anymore.