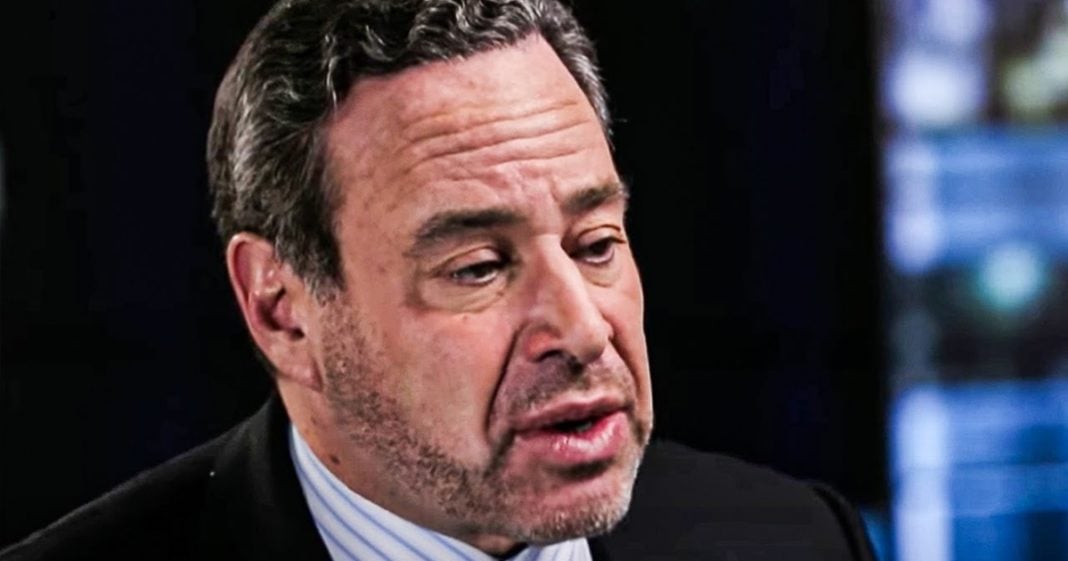 Conservative columnist David Frum has been a loyal Republican lapdog for longer than most of us have been around, but Frum is finally willing to admit that it is his party – The GOP – that has consistently been the Party that is anti-Democracy. Frum is a Never-Trump Republican, but his admission goes far beyond just being about Trump’s behavior, as Ring of Fire’s Farron Cousins explains.

Every now and then we’ll see a Republican in this country in a position of power have one of those Eureka moments. You know, they actually catch themselves off guard a little bit and they’re willing to admit the truth to the American public about how horrible their party is and how horrible their party has been and the most recent Republican to have one of those moments was David Frum. The former speech writer turned columnist who admitted on MSNBC this week that it is in fact his party, the Republicans who seem to have a problem with democracy because anytime there’s an actual attack on American democracy, according to David Frum it’s coming from inside the Republican’s house. Here’s what Frum had the same, he said the attack on democracy we’ve seen is not a Trump specific problem and he’s right about that. This has been Republican policy for, for decades. Look, we have States where we have 45% of the vote, the Republican party, and it’s always the Republican party gets close to 65% of the seats. It is not just South of the Mason Dixon line.

Michigan and Wisconsin are very bad actors. So what he’s talking about is gerrymandering, right? And that is an attack on democratic institutions, not democratic as in party, but democratic as in the democracy part of the United States, the house of representatives and that institution. Gerrymandering is an attack on that and he’s absolutely right. We have seen States where you have a Republican population that makes up, you know, 30 to 40% of the overall population. The rest is Democrat. Yet somehow through gerrymandering, Republicans get the majority of seats. It’s remarkable. If you look at Dan Crenshaw’s district in Texas, like you’ve got a little blob and then it has this big arm that goes out and just circles around grabbing up all these little Republican areas so that Dan Crenshaw can actually stay in Congress. Have, if it weren’t for that, nobody would know or even care who Dan Crenshaw is. And I bring him up frequently for gerrymandering because he is just absolutely horrible, horrible, horrible Congressman. But what Frum doesn’t understand is that it’s not just gerrymandering. Gerrymandering is a small part of it.

I think the bigger part is the right to vote that Republicans around the country for decades have repeatedly attacked. I mean that’s about as much of a, as big of a democratic institution as you can get. The actual act of participating in a democracy and all of the attacks on that are always coming from the Republican party. I’m disappointed that Frum didn’t mention that because I know he knows about it because after all, David Frum would not have been able to serve in a George W. Bush had it not been for voter suppression acts by the Republican party both in the year 2000 and 2004. Because if it weren’t for the illegal voting purchase that took place in the state of Florida in the year 2000 Bush would not have won Florida, therefore would not have won the election. The same voter purges also happened in both Florida and Ohio in 2004, thus giving Bush enough votes to go ahead and carry victory there too. So either way you slice it. Bush would not have won and Frum would not have ever been in an administration or at least not in the last 20 years if it were not for these acts. And I think Frum needs to understand that. He needs to analyze it a little bit deeper too, and realize, oh, crud, my entire career is predicated upon Republican attacks on the very institutions that make up a democracy.