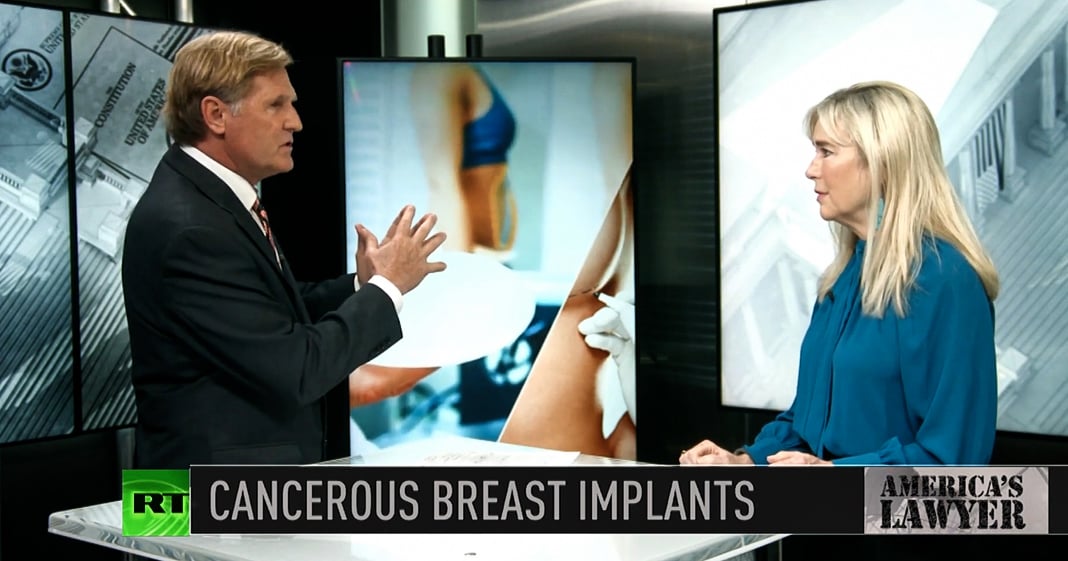 Mike Papantonio: Jeff Bezos has made $30 billion during the coronavirus pandemic. But that’s not gonna stop him from cutting two extra dollars off workers. Farron, this is the most outrageous story. Go, lay it out.

Farron Cousins: Right. Amazon workers who’ve been, you know, hundreds of them have come down with coronavirus.

Farron Cousins: And they were getting an extra two bucks an hour and I think extra overtime if they were working overtime during this pandemic because they’re in essential service. People are relying on them now more than ever because they can’t leave their homes. They need the stuff and Bezos did a good thing. He said, all right, here’s two bucks an hour, here’s your extra overtime. And during that same time, man makes 30 billion and he gets all this money and he says, I probably could make a lot more if I wasn’t giving you this hazard pay and this overtime pay. So he came out last week, the end of last week, and said June 1st you’re losing your two bucks an hour. You’re losing your overtime. I need, I guess I need more money because 30 billion isn’t enough.

Mike Papantonio: Yeah, 30 billion dollars he made on the backs of these workers, who risks their health. They risk the health of their family already working in an environment that is totally dysfunctional. All the, look, Bezos regards these people as disposable units. That’s how he regards them. Bezos thinks of his workers as something just a cut above robots. Okay. So all of a sudden we see this freak start saying to everybody, well, you know, we’re going to give you some extra hazard pay because you’re coming in here, you’re putting yourself at risk, you’re putting your family at risk. He makes $30 billion and then says, oh well I got to cut that $2 an hour. I was giving you. I got to cut that now. What, what’s happened to capitalism in this country? I mean, really what in the hell has happened to capitalism in this country? We used to think Microsoft and Facebook and Tweet, you know, all these, all these org, digital organizations were going to change capitalism. Have they done that?

Farron Cousins: Oh, absolutely not. But we as a country, we’re so desperate for somebody to emerge as a leader, a hero figure. And at first you know, oh, maybe it’s going to be Bill Gates. But maybe not so much. Oh, it was Mark Zuckerberg. No, not him. He’s spying on you. Okay. What about Bezos? Amazon. That’s great. No, he’s treating his workers, you know, worse than wild animals. They’re having to pee in bottles.

Mike Papantonio: It came out and then Amazon tried to discredit the story. Workers couldn’t take the time to use a restroom facility. They were peeing in bottles. Workers for this guy were putting their life at risk by going in there every day and potentially taking the virus home and giving it to their, their spouses and their children. And he thinks $2 an extra hour. I only made $30 billion. What in the world is going on with mentality of, of these modern digital capitalists?

Farron Cousins: They may have started off, you know, as idealists, and I’m going to change the world for the better. But as soon as they started getting those checks, as soon as their bank accounts started going crazy with more money than they could ever spend in a thousand lifetimes, it changed them. It absolutely corrupted every single one of these individuals. Elon Musk is a great example too. You know, he is out there saying, even though I’m not allowed to, I’m going to reopen. I’m going to force my workers to go back. Oh well, whatever happens to them. He thinks he’s a modern day Rosa Parks by ignoring these orders.

Mike Papantonio: Farron Cousins, thank you for joining me. Okay.

Mike Papantonio: Women with textured breast implants are experiencing abnormally high rates of cancer and it’s now believed that these implants are to blame. Lawsuits are beginning to emerge against Allergan, the company that manufactures these implants and they’ve been linked to a very specific type of cancer. Attorney Virginia Buchanan joins me now to talk about this. Virginia lay this story out for me. You’re running this national litigation in what, New Jersey?

Virginia Buchanan: Right. It is, it’s before judge Martinotti in New Jersey and I along with three other.

Mike Papantonio: A hugely experienced judge, by the way.

Virginia Buchanan: Yes, yes, very well respected and very efficient even through this pandemic. But, I’m working along with three other attorneys because it’s such a big project. It is a mass tort and a class action claim. But in July of 2019 on July 24th, the FDA issued a recall, and it came on the heels of several other countries issuing recalls for these textured implants.

Virginia Buchanan: And, and the others were really ahead of us on this because I think that Allergan had superficially appeared to comply with FDA requirements, but we learned last week that the FDA issued a warning letter to Allergan saying that it had not collected the data, that it was required under its premarket approval conditions to comply with. So we have a 2006 PMA process and a 2013 one where studies were not done to prove the safety.

Mike Papantonio: No, no studies to prove. And we know coming out of the first round of breast implants all the way back to the early nineties.

Mike Papantonio: Those implants caused a whole host of auto immune diseases, scleroderma, Raynaud syndrome, just a whole host of, of diseases. People were losing their hair. Do you remember? I tried these cases early on.

Mike Papantonio: There was hair loss that they have this hard encapsulation to where the breast implant had to be removed and sometimes resulted in a full mastectomy. But this is bad as that was, is even worse because of lymphoma.

Virginia Buchanan: It is, it is Michael, and this, this is a signature injury, that now the world health organization recognizes as a distinct breast implant related illness and Allergan the defendant in this class action, this national litigation, is the manufacturer of these implants. And it is the company that has failed to comply with FDA guidance to establish the safety and the ongoing safety of the implant.

Virginia Buchanan: It is.

Mike Papantonio: Everybody knows that they failed to comply. Is that correct?

Virginia Buchanan: Yes, that’s absolutely true. Came out just last week as a matter of fact. But, the sad part about this is that the women who had these implants are often breast cancer survivors. And the way the textured implants work is that the human tissue adheres around the implants. So removing them is a very, very difficult process.

Mike Papantonio: Results in mastectomy, is that right?

Virginia Buchanan: Much worse than a mastectomy. It is a full on block removal, basically a removal of the chest. All of the tissue below it, sometimes cartilage, and reconstructing breast tissue requires flaps to be created, muscle transfers from other parts of the body. So it’s, it’s huge.

Mike Papantonio: So the good news here, and that’s a horrible story you just told.

Mike Papantonio: The only good news is you’re in front of an experienced judge who has seen things like this before.

Mike Papantonio: You’ve got a team put together, a national team that’s trying to coordinate A, taking discovery here. B, trying to make sure that these women get compensated for this.

Mike Papantonio: Look, here’s, as I look at this from the outside looking in, I mean obviously our law firm is involved with that, but having done breast implant one and seeing the suffering that came out of this, there is no way on earth Allergan could not have drawn on that history to know that their product was a piece of junk.

Virginia Buchanan: Right. It is a bad product.

Virginia Buchanan: Poorly engineered and we think improperly manufactured. That they likely did not comply with their manufacturing specifications and we’re hoping to get discovery to look at all of the actual documents and representations made. But we have some information out of French inspections and, and that really gives us a lot of thought that they manufactured these things outside the scope of the specifications that were approved. So it looks like they threw it on the market, they grabbed a big market share and then they just didn’t do their due diligence thereafter.

Mike Papantonio: The most troubling thing to me is all they had to do is talk to the scientist that went through breast implant one. That’s all they had to do. Talk to the scientists to understand how bad this is on its face. So they add this texture to the implant thinking, well if we add texture, you won’t have that hard encapsulation that takes place sometimes. Is it migrating through the, is the texture migrating through their body?

Virginia Buchanan: That’s, that’s part of the process that it becomes particle-laden and the body can’t absorb and dissolve those. So we do think that’s a contributing factor. Lymphoma is an illness of inflammation. So they’ve created all of these things going on with these implants because of the texturing process that adds to the inflammation and the development of malignancy.

Virginia Buchanan: I think so from what we’re hearing right now. You know, the, the litigation is in the stages of trying to get discovery. Really trying to, to hold Allergan accountable for what it hasn’t done. We’re happy to see the FDA working in a way in step with us to try to hold them accountable.

Mike Papantonio: Which is unusual.

Virginia Buchanan: Very unusual, especially in a Republican administration, it’s unusual. But we’re very grateful because these women are victims.

Virginia Buchanan: Well, thank you. I’m betting on these wonderful women. They are brave. They’re intelligent, they’re committed to this, and they’ve been through so much. So they are our poster children for why we do what we do.

Mike Papantonio: Thanks for joining me, okay, Virginia.