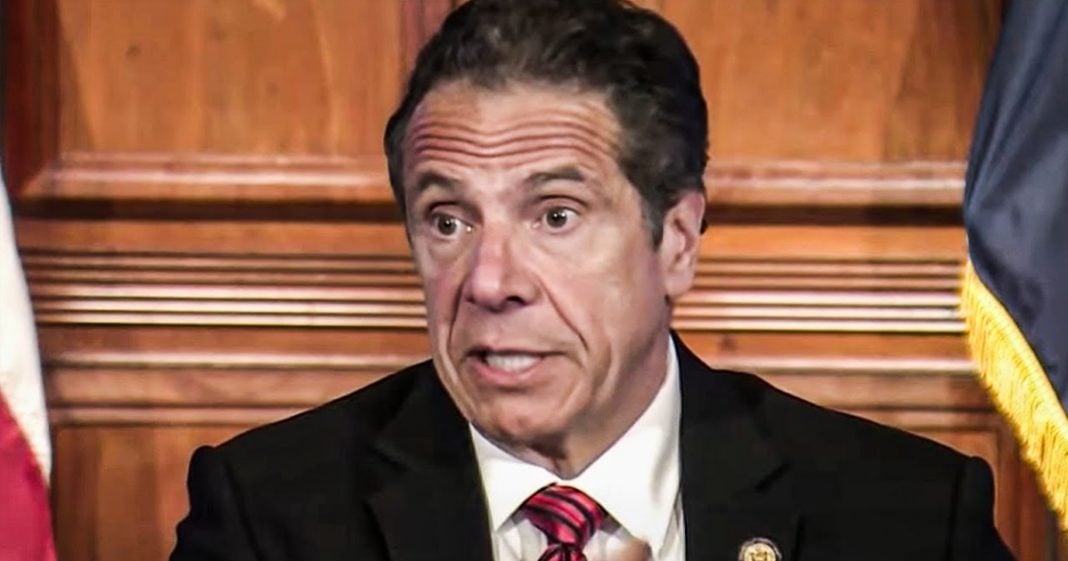 Democratic New York Governor Andrew Cuomo is under fire for sending thousands of elderly patients who tested positive for Covid-19 back to the nursing homes where they live. The decision was criticized as “one of the dumbest” moves Cuomo could have possibly made during this pandemic, and it shows that stupid decisions aren’t limited to just Republicans right now. Ring of Fire’s Farron Cousins explains what’s happening.

On Friday, the associated press reported that in the early days of the pandemic in the state of New York, the democratic governor, Andrew Cuomo, had actually sent 4,300 elderly Covid 19 positive patients back to the nursing homes where they resided even though they had not finished or completely recovered from their infections. In other words, these people still had the virus inside of them. They were still capable of spreading this virus to others. But because New York needed more hospital beds available, Cuomo through the New York state health department made the decision to send 4,300 elderly people back to nursing homes where they would again be among the most vulnerable part of the population to this virus. That to me is no different than when you have Republicans like Lieutenant governor of Texas saying that maybe we just have to sacrifice the elderly people to restart the economy. Cuomo didn’t say it. He didn’t say, we’re going to sacrifice these elderly people, but he still did it.

He put them in danger. He put them in unnecessary danger, essentially sacrificing them or raising the possibility of sacrificing them. Just to be able to have hospital beds ready for perhaps a younger person with coronavirus, somebody with a better survival rate. I don’t necessarily know what his decision making process there was, but we do know that he understood the danger. He knew he was sending these people back to vulnerable populations and he did it anyway. In recent weeks, we have seen lots of Democrats, some who are clearly not happy that Joe Biden is the presumptive nominee because they see the very obvious flaws with Joe Biden, saying we need somebody else. And they keep pointing to Andrew Cuomo saying, look at how he’s done up there with coronavirus response. Yeah, New York got hit hard, but he did a good job. If you overlook the cutting Medicaid during a pandemic thing, he did a good job. But then stories like this come out and you say, you know what?

He didn’t, and this is exactly what residents of New York had been trying to warn the rest of the country about saying, stop with your hero worship. We live here. This guy’s not that great. But the Democratic party in general is so desperate for a hero, desperate for a savior, desperate for anything that they will latch onto the very first person shows even the smallest signs of competence, and that’s what it was with Andrew Cuomo. For the most part, he did a pretty decent job of responding to Covid 19 in the state of New York. Was he a hero? No. The heroes are the frontline workers, the first responders, the people still staffing the grocery stores. Those are the heroes, the medical professionals, the police, the firefighters, everyone involved in this. Cuomo did his job. Sometimes he did some very bad things like with this story, 4,300 elderly patients back into the nursing home. That was bad. That was stupid. Possibly one of the dumbest things imaginable. And again, to me, it’s no different than those heartless Republican saying, maybe we have to sacrifice the elderly because whereas they’re just saying it right now, Cuomo, according to this AP report, actually did it.