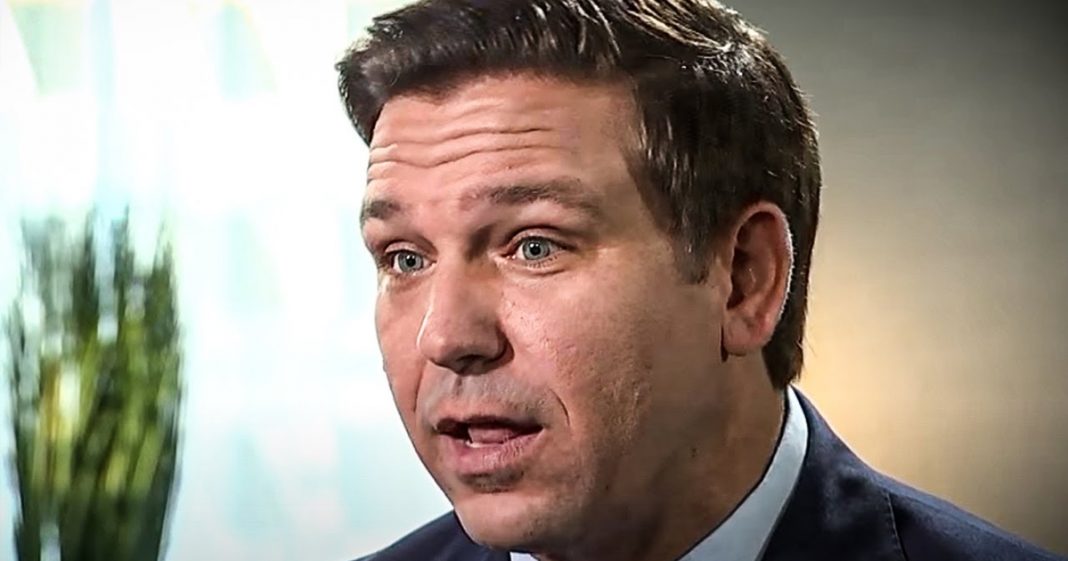 The Republicans in charge of the state of Florida just can’t catch a break as they try to disenfranchise more than a million voters. Yet another judge has found that their attempt to make former felons pay all restitution before regaining their right to vote amounts to a poll tax in violation of the 24th Amendment, and therefore the law cannot be put in place. These Republicans are in trouble when November comes, because these 1.4 million potential new voters WILL remember which party tried to keep them from getting their rights back, as Ring of Fire’s Farron Cousins explains.

The Republicans who control the state of Florida have once again been dealt a major blow by yet another federal judge who said that their efforts to force former felons to repay all of the fees associated with their incarceration before they can get the right to vote back, did in fact amount to a poll tax and therefore was prohibited by the 24th amendment. To put it another way, yet another federal judge has ruled that Florida Republicans were trying to enact a racist policy to prevent eligible people from casting a ballot. So far, every court that has not been appointed by a Republican governor in the state of Florida that has looked at this had said, yes, this is a poll tax. This is a violation of the 24th amendment that says you can’t put any of these requirements on there. You can’t force people to pay any kinds of fees at all in order to vote.

You can’t have literacy tests and all that either. But the Republicans who control the state of Florida, the legislature, the governorship, everything, were terrified over the thought of 1.4 million former felons suddenly being able to vote again in this state. So after voters passed this measure, in the 2018 midterm elections, the Republicans in Tallahassee immediately went to work crafting this legislation to undo what the voters had done. And this thing passed overwhelming. Two thirds of voters in this state said, yes, give the former felons the right to vote back. And the Republicans, the same Republicans that these voters keep putting in power said, no, no, absolutely not. God, no 1.4 million new voters, if even 10% of them become new voters, that’s enough to flip every election that this state has had at the federal level for 20 plus years. And that’s the thing a lot of people don’t quite understand.

That’s why there is this huge fight that Republicans keep losing, thank God, here in the state of Florida. Bush V Gore. If we’d have had an extra hundred thousand voters in this state who had to fight Republicans for a year and a half, by the way, in order to vote, probably would have gone the other way. Right? Same thing with the 04′ election. Same thing with the 2016 election. Same thing with Bill Nelson losing his Senate seat to a Rick Scott. Same thing with Rick Scott even being elected governor, folks. That’s how close elections are down here, both federal and governor elections. We wouldn’t have Ron DeSantis as governor had these felons had their right to vote back, back then. And that’s why Republicans are terrified. Now, that’s not saying that every single one of these former felons is one, going to register to vote and two, going to be a loyal democratic voter.

We have no way of knowing which party these, these former felons would, would vote for. But we do know that they know which party has been trying to prevent them from voting. So that doesn’t bode well for them either. And the more these courts say, yeah, guess what? You can’t do this. The more those former felons see how Republicans continue to try to keep their right to vote away from them. That’s probably gonna make it a lot less likely that these people are going to register as Republicans or ever vote for Republicans or certainly vote for the Republicans who are currently in power, who have done everything to prevent these people from being full on citizens with all their rights, even after they’ve done the time.