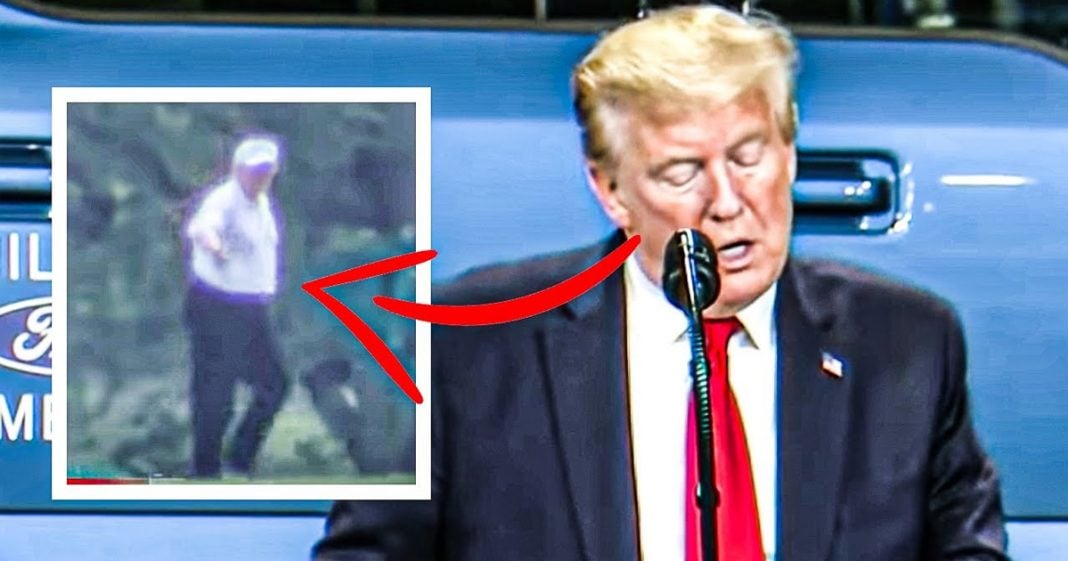 Donald Trump decided that 75 days without golf was enough, and even though we are in the middle of a pandemic with a country-wide death toll about to cross 100,000, Trump took some of his buddies on a golf outing Saturday morning. He has spent hundreds of days at a golf course since being sworn in, but this one stung the public just a little bit more, and Ring of Fire’s Farron Cousins explains why.

Donald Trump decided that on Saturday, even as the death toll in the United States from Covid 19 was approaching 100,000 Americans, decided it was a good time to go golfing with some of his buddies. I mean, as the man said it had been 75 days since he had gone golfing, and that was just too long to wait. So he decided to visit, what was it, Trump national golf club just outside of Washington DC in Sterling, Virginia. And of course, the press got wind of this. The picture circulated around, everybody on the internet from celebrities to nobodies got super pissed that the president was out there golfing for the 265th time since taking office. 265 rounds of golf and 357 total visits to Trump owned properties in a little under three and a half years. That is remarkable. But here’s the thing, folks, Trump has already spent roughly one quarter of his presidency, actually over a quarter at this point, at a Trump owned property.

Nearly a quarter of it actually physically playing golf. So what was it about this particular instance that finally got everybody so upset about it? I mean, for the most part, people do pay attention. We keep track of it, you know, that’s how we know how many times it’s happened and people mock and ridicule him for being lazy instead of, you know, doing actual work. And yeah, as I mentioned, death toll from the pandemic is about to hit 100,000 but I don’t think that’s the only reason people were super pissed at Trump for going and playing golf this weekend. I think it has more to do with the fact, well several different facts, but let’s start with the first one. A lot of us are still kind of under these self quarantines, right? These lockdown orders, these stay at home orders. We’re not going out and having fun.

Although we’d like to. And if we do get to go out and have fun, we have to wear the masks, you know, we can’t go see our friends and if we do, we have to stay, you know, 13 feet away from them and speak to them from a far. We’re not being able, we’re not allowed, excuse me, to be able to go out and do these same kinds of things. So it is a little bit, you know, annoying to see this man who’s ignoring all social distancing guidelines. All, you know, wear a mask advisory’s. Not doing any of it, getting to go out there and have fun. But the bigger reason is because he got to go out and take a break from doing absolutely nothing. That’s the main thing people are pissed off about. Not just because we’re about to hit a hundred thousand dead, but because the president has done nothing about the, the hundred thousand dead. He has done nothing to stop more people from dying and decided that after 75 days, screw it, I need a break from this.

A break from what? What exactly has he done? Seriously. Can anyone, anyone at all tell me what actions Donald Trump has taken that have helped Americans during this pandemic? Oh, he banned travel from China. Well, he didn’t actually do that because we, we still allowed people to come and go from there. If you were American, you could still come and then go and get back and get over there if you needed to and same thing with travel from Europe. So he didn’t actually help there. He’s taking supplies away from hospitals that need it and putting it into a repository, you know, for our private stash as they call it, as Jared Kushner called it. So what is he done? What has this man done to deserve going out there and taking a break? 40 million Americans have lost their jobs. A hundred thousand in an early grave and this man thinks that he is allowed to go out there and just tune it all out for a couple hours. Well guess what? You can’t. That’s why people were so angry about this golf trip and they have every right to be. Trump has done nothing to help the United States through this. But even in spite of doing nothing, he still feels like he’s entitled to his 265th round of golf since being sworn in as president.