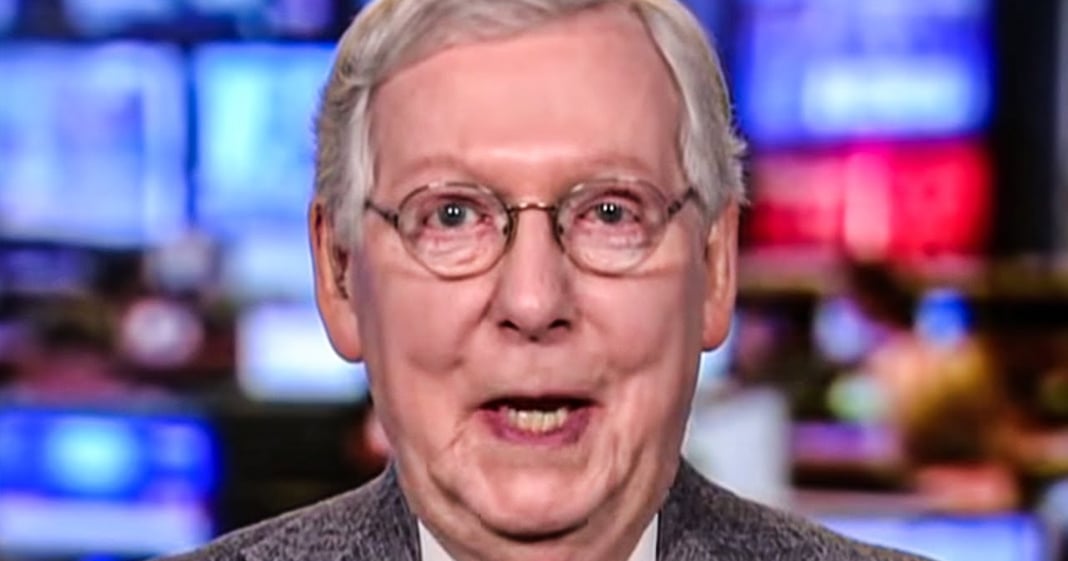 Mitch McConnell seems to always go out of his way to hurt poor people, even when it isn’t necessary at all. This week, McConnell announced that he would be (attempting) to roll back the extended unemployment benefits for out of work Americans, even as nearly 3 million more citizens joined those ranks. At the same time, McConnell is still pushing to give immunity to companies who force their workers back under unsafe conditions. The man clearly gets his kicks from harming poor Americans, as Ring of Fire’s Farron Cousins explains.