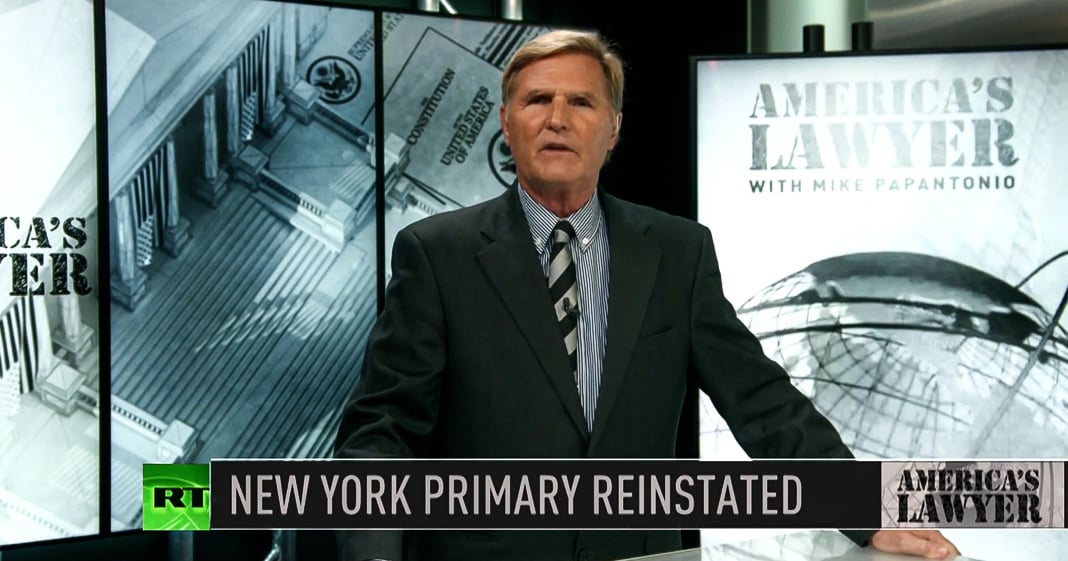 Via America’s Lawyer: A district judge in New York has reinstated the presidential primary in the state after democratic party officials had decided that it was frivolous to hold a primary with only one candidate. Mike Papantonio explains more.

Finally tonight, some good news. A district judge in New York has reinstated the presidential primary in the state after democratic party officials had decided that it was frivolous to hold a primary with only one candidate. Former Democrat candidate Andrew Yang has sued the state of New York after they decided to cancel the state’s presidential primary and he argued that doing that would hurt down ballot races and effectively serve as a form of voter suppression. Yang was also fighting on behalf of delegates who would be chosen during the election. The state of New York was still planning on holding other primaries, just not for the democratic presidential nominee, interesting. But removing those names from the ballot would prevent Democrats, particularly Bernie Sanders, from hitting the 25% threshold that he needed to have a stay in the democratic party’s platform and that is the real reason the democratic establishment doesn’t want this to happen. Democrats wanted the New York primary canceled. The democratic party is just as afraid of change as the Republicans, and they prove that in New York that they’re willing to engage in voter suppression if it means just protecting the status quo.

That’s all for tonight, find us on Twitter and Facebook @facebook.com/rtamericaslawyer. You can watch all RT America programs and Direct TV, Channel 321 and also stream them live on YouTube and be sure to check out RT’s new portable app. You can take that app and watch any program you want anywhere in the world. I’m Mike Papantonio and this is America’s Lawyer, where every week we tell you the stories that corporate media is ordered not to tell because their political connections and their advertisers won’t allow them to tell these stories. Have a great night.