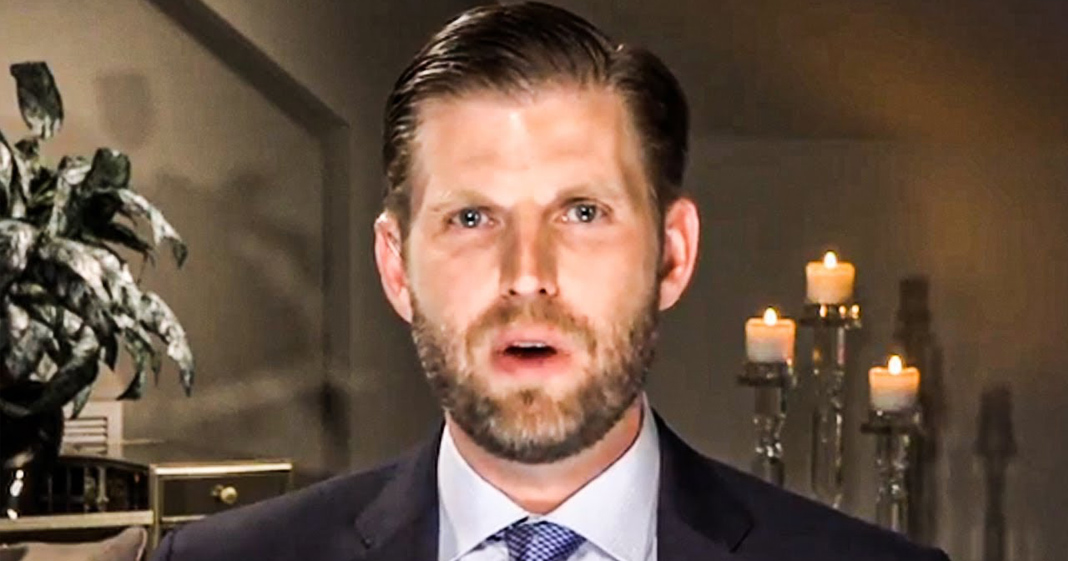 During an appearance on Jeanine Pirro’s weekend Fox News program, Eric Trump admitted that he believes, to a certain degree, that the Coronavirus is being overhyped by Democrats in order to hurt his father, and that it will just magically disappear after the election. The entire Trump family has become unhinged during this presidency, and all signs indicate that they are only getting worse. Ring of Fire’s Farron Cousins discusses this.